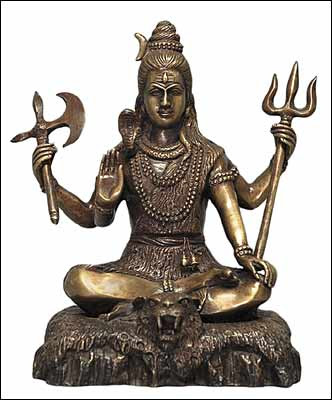 It'd be darn hard -- probably impossible -- for a one-handed person to be a surgeon. Virtually all technique we use is predicated on the use of two hands: traction, and counter-traction. Hold the scissors with one hand, use forceps in the other. (Or fingers. I love the way the fingers of my left hand seem to know exactly how to noodle the tissues around as I'm scissoring or otherwise instrumenting with my right.) It's nice to be able to switch hands, and I'd say most surgeons do, myself included. But I admit it: I'm better with my right than my left when it comes to the finer stuff.

There's nothing I do with my right hand in surgery that I haven't done with my left: place a stitch, cut, grab; and, of course, we all throw knots happily with either paw. Still, if I really want to be precise, where there's no wiggle room, I use my right hand. A completely ambidextrous surgeon, though not likely to rise above the pack on that alone, has an advantage; at least in terms of annoyances.

The reason I bring it up is that in response to a comment on a recent post, I mentioned the idea of centers of excellence, and a skeptical post I'd written on the subject. In my comment I suggested the time might come when you take your breast to Omaha and your gallbladder to Newark. It could even happen, I said, that you'd take your left breast to Omaha, and your right one to Cleveland. There's the tiniest kernel of truth. Very, very, very tiny, but enough to have produced this here post. As a right-handed person, it's actually a little bit easier to do a right mastectomy than a left.

It's an uncommon situation in which one holds dissecting scissors, which are curved at the tip, in such a way that the curve does not follow the natural arc of one's hand and fingers. (See how awkward it looks?) Without trying to describe the whole operative technique, suffice it to say that the classic approach to mastectomy is the removal of the breast and the lymph nodes under the arm en bloc, meaning in one continuous section. From the "axillary tail" (the upper outer portion) of the breast the dissection is carried into the axilla (underarm) along the axillary vein. With the patient lying on her (sometimes his) back, arm extended, the surgeon is standing to her right. The sweep of the dissection is very natural, holding scissors as they were meant to be held, moving forward in the natural direction for such things. On the left side, there's that awkwardness (even holding the scissors properly); the flow of the operation is against form, like water running uphill.

It's not a big deal, of course. We learn what we need to learn. There's no compromise in quality, no threat to doing the operation properly. It's just that it feels a little better, the one over the other. As a lover of the motion of surgery, the beauty that it can encompass, I simply take note of such things. And move on.
Posted by Sid Schwab at 8:20 AM

"As a lover of the motion of surgery the beauty that it can encompass, I simply take note of such things."

I enjoy "the motion of surgery" whether I'm watching or doing it. Perfect line.

There might be a problem with your "awkward" hyperlink: My computer says this site has been identified as an "attack site". Great post, though!

Hmmm. The link works okay for me...

It works okay, but apparently Panda antivirus thinks that the site contains links to "badware". Very mysterious. Thanks.

Devorrah: my internet sophistication is tested by the mere fact of having a blog. I don't know the significance of what you mention. Plus, I have a mac. Should I remove the link? Thanks!

Dr Sid, the link works for me (non-mac).

This is the message: Google has found that some portion of 3rb100.net/ contains or links to badware or otherwise violates Google's software guidelines.
I would probably remove it, as I just had a laptop destroyed by viruses.
Your call, though.

Dr. Schwab,
Again I'm off-topic and I'm sorry, but I was just given YOUR BOOK as a gift and I'm so excited to start reading it! (Just wanted you to know!)

PS
Link worked fine for me!

I had the bad luck of presenting a CEA gone wrong to the medical residents. In passing, I mentioned that a right carotid was a little bit easier, more "natural" than a left, for a right handed surgeon. Somehow, they got stuck on that and demanded to know the handed-ness of our vascular surgery staff so that they could send their patients to the "correct" physician. Unfortunately, none of the surgeons were left handed, which put them in even more of a tizzy!