The Death of Health Care 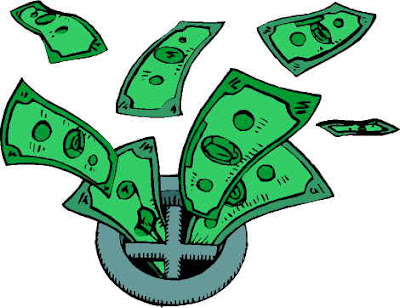 In today's New York Times there's an article that addresses something I've argued for a long time: the way to control costs of health care is to look at how and why costs and practices differ, and to adopt the best practices.

Now this article in particular is about the costs of end-of-life care, which is tricky. Even better, though, as a point of discussion, because it's been shown that a huge amount of the health care dollar is spent in the last months of life. Were this area looked at -- really looked at -- we'd have a paradigm in which to figure out what we really want from our health care money. About 30% of Medicare money is spent in the last year of life. Of that, 40% is spent in the last month. It's not surprising, of course: you tend to be sick before you die. So one would hope. Still, it would seem that in the variations described in the NYT article, there's much to be learned. Is it the same care being delivered more efficiently? Is it philosophical?

I don't know the answer, and I've already posted once today, so I'll wax waningly. I'm just saying that it's about time to turn our attention to where the real money is and have a little candid politicking. Candidates propose ways to fund insurance. Scheduled to go into effect this year and next are major cuts in physician payments by Medicare. Politically popular. Easy. And looking exactly 180 degrees away from the heart of the matter.
Posted by Sid Schwab at 10:40 AM

The "death of healthcare," or the healthcare of death?

When you sand NY Times article, I thought you were going to refer to this one, which (to me) says something really frightening the sustainability of our health care delivery system: what happens when increased access to care causes greater demand for primary care docs than there is supply?

The end-of-life care issue is complicated and it is one about which you surely know more than I do. I have been intrigued by the suggestions physician/lawyer/scholar Jay Katz made in his famous book.

patrick: I meant the title to be ambiguous in the way you suggested. I had seen that article, too. It's very important, as well. There are a million things that could be said: fewer docs in the pipeline than are needed, access, quality issues; it's endless. Maybe the only solution is to be Darwinian: after you're past reproductive age, let nature take its course. Or only pay for preventative care and eliminate hospitals altogether...

There's another one today written by Reed Abelson which discusses how Medicare is decreeing that a nurse directed telephonic-based chronic disease management program is a failure solely on cost savings or lack thereof. However, none of the quality factors are discussed, nor are rates of hospitalizations, usage of physician specialists, mobidity and mortality rates, and extension of life - which as life extends, costs rise.

Of course, no where are nurses referenced for their qualifications, role in designing and implementing the program, nursing's evaluation of the efficacy of the program, or any patient safety and advocacy measure.

Cost containment has no inherent causal relationship with quality of care and patient outcomes measures, but it's reported as if it does.

"Wax Waningly?" Good one! You must be hitting the moonshine.

Medicare is a skewed population, and these numbers may not be so severe when you look at the percent of overall healthcare dollars. I do think the approach to this needs to be on many sides: first the end of life care needs to engage palliative care and hospice much more - which is a much cheaper and more humane way for a life to end. There is little downside to hospice care except that it is under-utilized. Perhaps an education of the public on this area is in order? PCP's do not use it near enough. I am as guilty as any - I recently had a family member ask about it and it was perfect for this patient. I just had no idea why I had not thought of it.

Then there is the issue of all of the other healthcare dollars spent. The amount of waste in the other segments are enormous (with duplication of tests, poor communication between docs, etc.) and much money could be recouped by addressing that.

rob: you're right. And most of the time it seems like the problems are so huge as to be insurmountable.

And thanks for noticing. I can only come up with that stuff when I'm very sober.

I was recently asked to consult on a 90 year old with severe dementia, bed bound with multiple decubiti. She was anemic with a hgb of 9 -- likely secondary to chronic renal insufficiency. Without going into the recent controversy over erythroid stimulating agents, I was horrified. I was being asked to write aranesp for this patient This woman couldn't answer questions because of her dementia. The hemoglobin of 9 was not likely causing symptoms, since she was bed bound, and increasing that hemoglobin was not going to result in her getting up and walking out the door. Why try to fix lab like that with a drug that will cost thousands of dollars a dose? This woman was full care (no DNR on the chart or indication that DNR had been discussed).

It's a touchy subject. When one starts to talk about limiting health care when aggressive care is futile, suddenly the argument is turned to "but you won't treat brain damaged babies by that argument" or some other such flip of the topic.

We have to be realistic. There is a time to live and a time to die. There is a point at which life loses it's quality and aggressive intervention is no longer appropriate. When did dying become such a sin?

anonymous: well said. Such cases are examples of the problem and of the difficulty in addressing it. I've been asked to consult in very analogous situations; one has to wonder about the thought processes of those who asked for the consult; and yet it happens over and over. For many, it's easier always to do anything that can be done, no matter what. No thought required.

@ anon at 11:22: So well said, but I think you may have provided a clue as to one of the origins of the difficulty in having the conversation and making the decision when you wrote "when (aggressive) care is futile".

Care is never futile, but treatment may be.

If we begin to make the distinction between different types of treatment and care and work towards helping the decision-maker(s) aim for care which is supportive, palliative and comforting, instead of curative and restorative - and keep the aim on quality of life and ease of death - then it might be easier to frame and to consider earlier (in the case of Rob's comment) and to help patients and families deal with end of life issues in a more timely and gradual manner.

Grieving is a part of care at this phase of life, and it needn't be feared or avoided.

Kathy Kolcaba has developed a theory and applied theory of comfort, and her website is filled with tools for physicians, nurses, patients and families. You may find it of some interest and use. Dr. Kolcaba is a fantastic speaker, if anyone is interested in pursuing end of life education and applied theory. (smile)

The other feature about end-of-life care is that it is a multidisciplinary effort - often with nurses leading the team since treating disease often is secondary to treating responses to disease (symptom management), and as much as possible, it should be directed at the informed wishes of the patient and family.

Read the article too. Not the least bit surprised by the findings. There is no paradigm or practice guideline for what to do with these futile cases of 88 year olds lingering in ICU beds across our country. People are making it up as they go along. Consult everyone in the hospital and dilute the final decision making. It's difficult because there's nothing scientific about end of life issues. There no randomized controlled trial to do that will guide us under an "evidence based" rubric. The issue is cultutral and philosophic. And I don't think most Americans are comfortable confronting problems of that nature.

buckeye: you are quite right on all of your points.