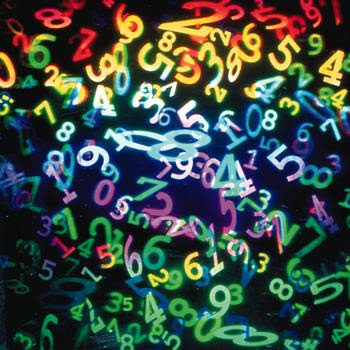 In the military they graded you on everything, and you graded those of rank below yours. Drafted out of training at the end of my internship, before flying off to Vietnam I headed to San Antonio to learn what makes a Flight Surgeon (after a brief stop in Bellingham Washington to get married; the timing, one could argue, was poor, if optimistic, but it seems to have worked out.) During the sojourn at Brooks AFB, in addition to sinus blocks, decompression chambers, water-survival, altitude sickness, G-suits, and the self-injection of antidotes to toxic gas, we were taught the way the evaluation game was played. Specifically, we were instructed what not to do.

Careers can be unmade by those forms. Listing all manner of attributes, to be rated in numbers running from 'one' (for performance worse than would be done by a cold corpse) to 'ten' (ostensibly for attributes seen only in the divinely touched, but in practice doled out like drinks at the Officers' Club), the forms needed filling annually. For officers, there were OERs, for "Officer Efficiency Report (or was it "Rating?")" For enlisted personnel, it was A-something-something, for Airman something something. As draftee docs, none planning on a military career, we were made to understand it was not our place to screw up anyone's future; most especially that of a lifer. The default grade, in other words, was 10. Or, in extreme circumstances, 9.

I had no problem with it. In fact, I had more difficulty with the idea that I was about to be someone's boss. (In reality, of course, I wasn't. Anyone who's been in the military knows a good NCO runs the show in any given shop. I found mine, and hung on for dear life.) The ultimate example of the "shit runs downhill" phenomenon, internship hardly qualifies as ego-supportive. I'd never been in the position of judging anyone in any impactful way (plenty of experience in being judged), and I had no desire to start at that lowly point in my career. Tens it was. On the other hand, I got a nine once, and the hospital commander was concerned enough to call me in to tell me about it.

With a look of fatherly disappointment on his face, the Colonel told me that on my OER (this was while still in Vietnam) I'd gotten -- having otherwise run the table with tens -- a nine in the matter of "military deportment." Which translates into saluting a little less crisply than the manual describes, and maybe having a little more hair touching my ears than specified. No matter that by all measures medical I was in the perfect category, and no matter that a nine was, theoretically, equivalent to walking on water but maybe getting your ankles a little wet. Damn near perfect, so you'd think. But the concern was that, were I to choose a career in military medicine, such a blight could besmirch it, and I should deign to develop my demeanor, amplify my attitude. Shine my jungle combat boots, presumably. Kiss me some colonel ass; administer a high colonelic.

Other than the telling of an amusing story, my point here is that measurement of performance is difficult and distorted; perverse, even. This, it turns out, applies not only to those charged with protecting the life of our nation, but to those protecting the lives of patients. In the military we had hospital inspections regularly, by several inspectors general from several command levels. Every month or so, it seemed, there were people wandering around the facility with clipboards. Our preparation? Buffing the books, polishing the paperwork. It's not that much different in civilian medical life. What's looked at, because it's easiest, are protocols and procedures, bound in binders. Are the boxes checked: at what time was the antibiotic noted as given in relation to the surgical incision? What forms were filled before the patient went to sleep?

I think there's not the same pressure in civilian life, as there was in the military, to bend toward favorable reviews. The opposite, in fact, is becoming the way: guilt is presumed over innocence; punishment preferred over finding and correcting the process that led to an error. Accreditators want to see a few scalps hanging on a few hooks.

Near the end of my military service, having been sent to Vietnam after being told I'd not be; having found, at first, that I wasn't needed when I got there (not for a while, anyway); having endured the broken promise of first choice assignment on returning home, and having witnessed the randomness with which doctors were matched to their skills, I got a call from a high-ranking officer who tried to convince me to stay in. "Yer thuh kahnda ofzer whur lookn fer, See-id." Really? With a nine on my record? But I wonder: given the difference between their kind of evaluation and the ones crawling up our legs in the civilian world: might I have ended up happier had I stayed?
Posted by Sid Schwab at 7:10 AM

Sid,
Boy, did this post bring back some funny memories. During those Viet Nam years, my husband was a Launch
Control Officer for ICBMs and I was the secretary for the commander of a Fighter Squadron. Since I had some writing skills, I wrote the OER's for the fighter pilots. One day my husband came home and told me his boss told him to write his own OER since he was fabulous and the boss didn't have time. He asked me how to do it - so I just took the form and wrote it out in a few minutes. When the form made it to the Base Personnel office, the SSGT clerk called me and said "You wrote your husband's OER!" I said "Why would you say such a thing?" And he said that I had actually made being a missile officer sound as exciting as being a fighter pilot! He said all the missile OER's he had read were boring and this one was the first one worth reading!

From your posts, you sure don't seem like the type to be content with a career steeped in the frivolity of free 10's... I bet you made the right career decision!