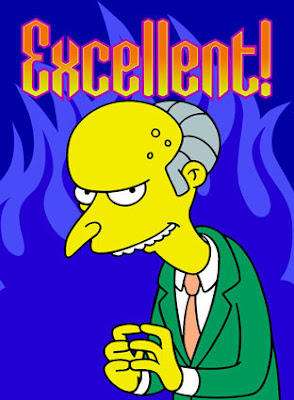 The latest in the never-ending quest to define quality medical care is the designation of "Centers of Excellence." It's a grand goal. In theory, it sounds like just the thing to help consumers find their way to the best of care. Going to a COE (as folks are wont to abbreviate them) ought to give one a great deal of confidence; and from what I know there's truth to the idea. If you go to a COE, it's not likely the care you receive will completely totally suck.

I'm not naïve; nor, I'm pretty sure, are you. It ought to surprise no one that the criteria for qualifying as a COE are generally imperfect, sometimes political, and not always central to uncovering what is, in fact, excellent care. I say this as a person no longer directly affected by such things, one who has worked in some pretty excellent places and who has delivered (yes, yes) occasional aliquots of excellent care; but whose time in practice pre-dated being in a position to be so designated, or not. So I carry no grudges, bear no wounds, have no need for excuses. An observer only, I'm still working enough to see, from within, the workings of the process; enough, I think, to make comments based on experience. Thumbnail version: hypo-impressed.

For one thing, like a lot of other awards -- or like the boxing world last time I paid any attention -- there are lots of agencies and organizations handing out hardware; not only different ones for different types of care, but even within a given field. (And, of course, they charge for it. Some more than others.) Can't get one? Get another. Criteria? Variable. In addition -- as is true universally for such things -- it boils down, to a very large extent, to the filling of various boxes, the ticking off of a checklist, which may or may not reveal what really goes on in the delivery of care. Evaluators show up with a list of demands, such as having protocols printed out and available for review, folders with the credentials of participants, plans for gathering data. All of which can be assessed with feet up, smoking a cigar, sipping a nice port. (Nothing changes: when I was in the military our facility was evaluated regularly by any number of inspectors general from any number of command levels. It was always and only about buffing up the paperwork, period.) The depth of penetration, as it were, can depend on the individual with the clipboard, what kind of day they had, who knows whom. Meanwhile, the actual rendering of care, in the flesh -- because that's hard to measure and to evaluate on any meaningful and reproducible basis -- may get overlooked entirely or looked at only in the most superficial ways. Many have spoken up about inadequacies and inanities of the current P4P efforts ("pay for performance," ie tying reimbursement to the meeting of certain criteria).

I tread light-footed. As one neither directly affected by nor intimately involved in the details of the process, I don't want to say more than I know; nor, because of my once-removed level of insight, do I want to cast specific aspersions on specific institutions, neither the purveyors nor the receivers of evaluations. But in places with which I have at least a passing acquaintance and from organizations of which I have at least passing knowledge, I've seen COE designations received or withheld without any obvious correlation the the care people are actually receiving. In both directions: COE awarded to programs of questionable quality, denied to ones providing superb care because of some sort of bookkeeping glitch, and vice of all the versas. Moreover, since in some settings the COE designation is given to a program in a hospital and not to the physicians, all doctors who provide that particular care inside those walls can claim the mantle, no matter on which end of the spectrum they may fall, excellentologically. And spectra there are.

The implications are great: not only is it important that the title of COE has meaning for people seeking care, there are trends toward insurers not paying for care rendered in a non-certificated place. So it is behoovenized that the process is meaningful. And here's the reason I bring it up now: A place at which I sometimes work recently was designated a COE, in a field of care with which I have familiarity. They'd previously been denied, having mostly to do with which three-ring binders were lying where. At its best, the care in question is indeed excellent. The difference in that care, comparing pre- and post-certification, in terms of the work going on where the latex meets the playtex, is zero. And the first time I worked there after the COE was announced, the scheduled OR crew consisted of people mostly unfamiliar with the work being done, necessitating the standing around at several points in the proceedings, while the proper instruments and equipment were scouted out. The outcome was fine, the patients as expected did well. But whatever that kind of support is -- adequate, satisfactory, safe, good enough -- it's not excellent. I'm just saying.
Posted by Sid Schwab at 10:20 AM

You may just be "saying", but you said it well.

I've been wondering when you would address this particular farce, Dr. Schwab. Having worked in several different hospitals over the last few years, I can say that I've seen "center of excellence" designations given to tiny hospitals with undertrained staff and not much in the way of supplies, because their administration clearly saw the possible advertising benefits from such a certification as their best investment of limited resources, while much larger, better-staffed, better-supplied, higher-volume hospitals in the same city lacked such certification because their administrators and staff had more important things to work on. Patients and insurers don't realize how meaningless all of the objective measures so far discovered are as far as predicting quality of care or outcomes.

I've seen the COE concept come and go in the business world - when it goes out of favor its because someone decided the support staff should be physically close to their internal "customers." Then after several years of this someone will decide its more "efficient" to have all the support people in one place so they can share "best practices." Its a roller coaster back and forth between centralization and decentralization.

Knowledgeable professionals in health care agree with you and desperately want improvements. John and Jane Q Public still remain oblivious to these issues. Until John and Jane suffer personally, they don't see the problem...any thoughts on what can be done to educate the public so they will get behind reform efforts.
Onehealthpro

Ach, it's all about the money. Marketing is not always to patients, sometimes it's directed to funders. Scoring the designation of COE means a more profitable gala fund-raiser.