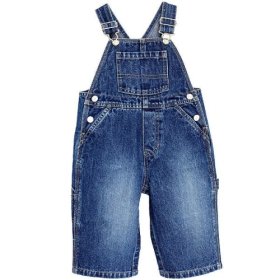 When I think of Big Joe, I see his overalls, and how he filled them. And how a couple of months after I operated on him, there was room for both of us in there. Big Joe: farmer, salt of the earth, tough, stoic. On the day I met him, if it'd been Halloween, I might have tried to stick a candle in him. That's how orange he was. My initial recommendation, while probably justified, damn near killed him.

Big Joe hadn't been sick a day in his life. Well, he was diabetic, but it hadn't been much of a problem. He worked his tractor every day; took a hell of a lot to slow him down. He'd been feeling a little poorly, less appetite than usual, no pain really. It was the white stools that worried him, along with the brown urine. His color, well, he was in the sun all day, so that hadn't seemed too strange to him, although his wife was starting to notice. So he saw his doc, who ordered a battery of blood tests, an ultrasound followed by a CT scan, and then shot him over my way. It looked bad.

Jaundice comes in two basic categories: obstructive, and non-obstructive. Surgeons see the first category. The second is usually from "medical" liver disease, like hepatitis. What makes people yellow with liver trouble is bile pigments getting in the bloodstream, either because the liver isn't processing the chemicals properly, or because the bile can't flow out of the liver into the intestine where it belongs. (The liver makes about a quart of bile a day, which flows through a tube called the bile duct, into the upper small intestine. It helps to digest fat. A main component is bilirubin, which is yellow.) Obstructed flow begs an operation of some sort to relieve it. Once again there are two general categories: gallstones, and tumors. (There are also things that scar down the ducts which are fairly rare and often present supreme surgical challenges.) Gallstones, formed in the gallbladder (future series of posts), can pass out of the gallbladder and get stuck in the main bile duct, plugging it up. Typically, because it happens fairly suddenly, it hurts like hell. Painless jaundice, a result of a slow squeezing of the duct, most often says something bad like cancer. Big Joe didn't have pain; he had an enlarged duct consistent with obstruction, no duct stones on sonogram or CT scan, and an ominous enlargement of the head of his pancreas. Just to frost this sour cake, a blood test had been done that showed very high levels of a certain protein, associated with cancer. Walks like a duck, quacks like a duck, and has feathers. A duck. Duct.

He did have stones in his gallbladder, but no evidence they'd moved out to cause the problem. I decided to send him to a gastroenterologist before I operated, to Xray the bile duct just to be sure it wasn't stones causing the blockage (duct stones are hard to see on sonogram or CT scan, but the GI doc can pass a scope through the stomach, into the duodenum, and inject dye directly, for an excellent picture. It's called ERCP, for "endoscopic retrograde cholangio-pancreatogram." Plus, as long as he's there, he can insert a tube to allow bile flow pass the obstruction which, it was felt, can improve hepatic function before surgery, making healing more propitious. The ERCP showed no duct stones; the stent was successfully placed, so by the time I operated on Big Joe, his bilirubin levels were falling. The operation would be a Whipple Procedure, which I've referred to previously. A complex operation, which I expected to be doubly tough in a five-foot-ten, 350 pound guy.

It may seem paradoxical for such a huge operation, but there are times when we proceed on the assumption that it's for cancer, without trying to confirm the actual cancer: biopsy of the pancreas can be dangerous, and even if a biopsy doesn't show cancer, it can't rule it out. So we check certain adjacent areas to be sure there aren't signs of spread, and plow ahead. Plus, there are certain points beyond which bridges are burned, so you can't go back. In the case of Big Joe, the bridges were burned by the time I divided his bile duct. At which point a couple of large gallstones rolled out. Shit. Hardly an "Oh Well" situation; putting someone through a huge operation when a small thing would have sufficed is sickening. On the other hand, there was the mass in his pancreas, and there was that cancer blood test. The gallstones could have been incidental, and the pathologist might still find pancreatic cancer. They weren't, and he didn't.

The operation was surprisingly easy despite Big Joe's girth and fat upon internal fat, and everything looked great when I was done. I'd have felt pretty good, but for the fact that within eight hours, Big Joe was nearly dead.

Septic shock, happening so fast it couldn't be from surgical infection or leakage. This was infected bile, "cholangitis," undoubtedly a result of having the stent in for a few days ahead of time. Turns out, as with other medical ideas, placing a stent before a Whipple -- which was thought to make sense (it did to me, and was written about in journals) -- on further review was found to be associated with a high incidence of perioperative sepsis.

For about forty eight hours, he was as close to death as you can get and make it back. Drugs supporting blood pressure, maximum ventilatory assistance, kidneys not working, pathological bleeding ("DIC"). I spent lots of time at his bedside, sweating alongside my trusty angel, the intensivist; and consoling Big Joe's wife. Worse, at the absolute nadir is when the pathology report came back: no cancer.

You can't get that sick after a big operation and heal normally. He leaked pancreatic juices, his incision fell apart. Fortunately, per my routine, I'd put a feeding tube into his intestine during the operation, so we could feed him easily. He finally turned the corner and, after a long hospitalization and having passed many crises so severe I thought we'd lost him, he made it home. I saw him constantly for months, tending wounds, dealing with drainage, watching him get smaller and smaller. He always wore those overalls, as if to remind me what he was going through. But that wasn't Big Joe. Neither he nor his wife ever suggested I'd screwed up. They were glad for my constant care and, over time, he eventually dried up, healed up, had repair of his incisional hernia, climbed back on his tractor.

Big Joe: living proof of our fallibility. Useful tests, wrong answers. Procedures aimed toward helping, making things worse. Every time I saw him, I felt bad; really bad. Until he finally came in to the office, bulging out of his overalls, like the day I met him. Only pink.
Posted by Sid Schwab at 12:17 PM

wonderfully written as usual doc! you make the characters come to life. i think i would know big joe if i saw him on the street.
thanks.....

I'm happy that Big Joe had you as his surgeon.

Thanks for your kind words about Intensivists, Sid. We're really not bad guys.

Glad that he made it. Glad you were so attentive. Is there anything that would point to a potential pancreatic tumor prior to the jaundice setting in? When I research it, I keep seeing 'no symptoms' but there must be something. My dad had pancreatic cancer. I recall him telling me his 'gut didn't feel right' for some time, before the call saying 'my skin and eyes are yellow'. The whipple was mentioned, but by the time they got a stent in, he was already on his way out. Oh..loved the book! :-)

anonymous: pancreatic cancer is very aggressive and hard to cure. About the only chance for cure is if it causes jaundice when it's very small, by plugging up the bile duct. That means it needs to start in the pancreas very close to where the bile duct passes through. If it gets big enough to cause any other symptoms, it's usually too late to cure it. So in fact jaundice is the one symptom that can lead to finding it while it's curable.

I had a whipple in November 2005, I am having issues with my liver numbers being high, in addition I am having dumping syndrome and gas issues. I am scheduled to have ERCP to look at the liver bile duct. Anyone have any ideas?

Can Pancreatitis be prevented after an ercp
My life has changed due to an ERCP done in July of 98
I developed Pancreatitis, sepsis and ARDS
i have had many setbacks I now suffer from PTSD and Fibromyalgia

If anyone else is going for this test ERCP get ALL the facts first
Thanks,
Linda

question: My Dad had surgery to remove atiny spot of cancer on the lesser curve of his stomach. Was told it would be a 3 hour surgery it took 7. Was told the surgery was completed but the surgeon felt something was not right so he took everything out and started from scratch. Surgeon would not look me in the face while explaining this to me. Dad went from 6' 180 lbs to 123 lb after 5 months. The surgeon lied on his surgical report and said there were no complications Than he refused to put in new jpeg when Dad went down to 123 lbs. I contacted original surgeon to get new jpeg to get weight back on. He sent Dad to ER for cat scan and than told ER he never sent him there. Had to hire different surgeon to get jpeg installed and turned out at least two leaks in abdominal cavity full of puss and tube feeding formula. One was drained the other could not. 2 months in hospital treated it with massive amounts of anti-biotics, he ended up with yeast infection in his throat for 3 weeks before it was noticed and treated. He is still unable to eat orally because he chokes on everything. He is dying of malnutretion even though he is on round the clock j peg feedings. I'm hoping to find out what this surgeon could have screwed up so bad inside my Dad that it's making him starve to death before my eyes and there is nothing anyone can do. Any ideas?HELP PLEASE!!!!

anonymous: I'm sorry to hear of such a terrible ordeal for your father and your family. Sadly, there's really no way I could provide anything useful in such a complicated situation, without knowing the case intimately. It's possible there's still infection, or cancer, either of which might explain the high caloric demands. I'd assume he's had scopes passed to see if there's a blockage of some sort that's preventing his swallowing.

The only way to get opinions that are valid would be to have him seen in a tertiary care center of some sort, like a university hospital.