Tales From the Right Lower Quadrant: appendixes I have known. Part two. 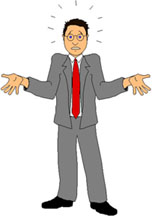 "Get a crew ready!! Guy coming in with a ruptured splenic artery aneurysm!! Order blood and a cutdown tray, be there in the ER. He's arriving by medevac in five minutes!!!"

Wow! This was a big deal. The only intern on the vascular surgery service, I was already swamped with work, but this was going to be an amazing case. As I sort-of knew, the splenic artery is a pretty big one, heading from a take-off point on the upper part of the abdominal aorta, across to the left behind the stomach and on the upper edge of the pancreas, to the spleen, which lies in the left upper abdomen. (Since I now have a search box on this blog, and since I'm sure you've read all my previous posts, in which I've mentioned those organs now and then, I'll assume you don't need hot-links to all of them. Gets a little showy, I suppose.) Splenic artery aneurysms are pretty uncommon: once in a blue moon you'll see an ovoid rim of calcification in the right spot on an Xray that clues you in that a person has one. In most cases, they're silent unless they burst. When that happens, you'd expect sudden onset of pain in the mid or leftish upper abdomen, and, most likely, the rapid descent into shock: clammy, rapid pulse, low blood pressure, mentally out of it.

Which is exactly the story behind this man's arrival: he'd been ambulanced to an ER across the Bay, where an Xray had shown the typical calcification pattern, and he'd been fired off to us, one of the pre-eminent vascular surgery departments in the country. Dr. Wylie himself, chief of service and famous, who rarely came in for emergencies, was on his way. (He was pretty much the guy who'd invented repair of abdominal aneurysms, and pioneered much of the modern world of vascular surgery. He didn't have to take call!) We got the man well-resuscitated and into the OR in short order. Bags of blood at the ready (strangely, he didn't show signs of much blood loss, although he definitely was in shock...), extra anesthesia personnel in the room to help if he crashed further, with the patient shaved from stem to stern, special vascular clamps shiny and in easy reach of the scrub nurse's hand, Wylie got the nod from the north end of the ether screen and opened the man up with his usual dexterity, despite lacking the tip of his index finger (boating accident.) Expecting to find blood filling the lesser sac, everyone was more than a little surprised to find the cecum rotated up to and plastered on top of the stomach and spleen, forming the front wall of an abscess cavity, central in which was a ruptured appendix. "I'll be goddammed," said Dr. Wylie as he walked out of the OR, leaving the disposition to the resident team. The shock, it turns out, had been due to sepsis, not blood loss.

Malrotation of the gut is moderately uncommon, and usually presents with obstruction of the bowel due to twisting on itself. That can be very serious; in fact a case of it early in my practice was my virgin entre' into the medico-legal system (sounds like a fruitful subject of a future post!) Presenting as a dislocated case of appendicitis is not common; especially when also associated with a previously-undiagnosed splenic artery aneurysm -- which the man did indeed have. The patient did fine. Dr. Wylie had to take some gleeful guff at weekly complication conference for an error in diagnosis and for venturing out of vascular surgery into general surgery.

It wasn't the only time in my experience that a floppy cecum fooled me: I once operated on a man with a diagnosis of strangulated left inguinal hernia. (Yes. Left!) He had a hernia, all right. But what was contained in it was not dead bowel but his appendix: infected and ruptured. He also did just fine, thanks. But it's one more instance in which I remembered that Dr. Dunphy (previous post) was a wise man. And hardly the only time I was impressed by the power of the appendix....
Posted by Sid Schwab at 2:20 PM

You piqued my curiosity regarding a potential future post about malrotation. My son has malrotation and was operated on day 2 of life for midgut volvulus and five weeks later for reobstruction, both at Seattle Children's. He is a very lucky boy, with special thanks to surgeons like you!

Iw: Thanks for the comment. It's an interesting condition, with variations in severity. Sounds like you son had it about as bad as it gets, and has done well! Sometimes it's minimal enough that it's never even discovered because it has no impact. In others, as in the case I described, it just means the cecum ends up in an unusual position. By the way: don't know when your son was there, but for several years the chief of surgery at Children's was a friend and a man with whom I went through surgical training. A great guy who died not long ago, of cancer...

I'm very sorry to hear about the loss of your friend and colleague. My son was at Children's just last Aug/Sept. His first surgeon has the initials SK. His second surgery, thought to be an adhesion obstruction, was done by the current Surgeon-in Chief. Both wonderful docs. We feel so fortunate. Although the fear of reobstruction never subsides...

Really enjoy your blog. I'll have to order your book.

Before I had a sense of what was going on in medical school (not that it's true now anyway), it always impressed me that my surgeon friend knew so much about embryology, a subject seemingly removed from operating on adults. Now I know it's because SOOOO many anatomical abnormalities come from problems--sometimes mechanical, sometimes biochemical--in embryological development. Now looking back, it fascinates me how the gut develops, rotating in 90-degree increments, corkscrewing, extruding, etc. and how even slight aberrations in that process can lead to some interesting anatomy.

It never ceases to amaze me how good surgeons, who have a hard enough road to hoe memorizing and visualizing "standard" anatomy, deal so fluidly with all the nonstandard anatomy in the field. We know people come in all shapes, sizes and colors, but we're brought up thinking that on the inside, everyone's the same. That is, until you wield a scalpel. :)