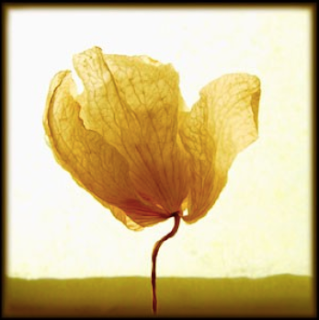 I've seen people reject mainstream (read: rational) treatment for alternative therapies, despite my attempts to shed light. When they came back with their cancers or other chronic diseases advanced far beyond where we started, I've not said anything. I've listened patiently to recitations of the value of what I've known to be useless approaches. I've encouraged my patients who wanted to, to supplement their recommended treatments with whatever herbs and potions they liked, as long as it was not in lieu of standard therapies. When I had nothing left to offer, I've not tried to take away the last straw for grasping, if I thought they had their eyes wide enough open.

And, of course, I've wondered how many of the purveyors of fraudulent care actually believe in what they're doing. But it's not often that I've lost a patient because of the success of mainstream therapy; which is why the case of Orchid bothers me so much.

She'd been having trouble getting food to go down and hadn't waited long to have it looked into. Cancer of the distal esophagus had been found, and it appeared wholly confined to within the esophagus: curable, best we could tell. I had a long visit with Orchid and her husband, during which I detailed the operation I proposed to do (described in previous posts: really, it's not the only operation I know): esophagogastrectomy. Removing the bottom half of the esophagus, the top half of the stomach, pulling the stomach into the chest and hooking the remaining ends together.

And I recommended an appointment with an oncologist ahead of time, because I thought her chances of cure would be enhanced by pre-operative chemo-radiation. The two of them were appropriately serious and worried, particularly about the operation. Ironically, they were living temporarily in the US; they were natives of Japan, the country wherein probably more such operations are done -- and done very well -- per capita than anywhere on Earth. In fact, I felt the need to point this out, and to raise the possibility that when it came time to have the operation they might want to return home where there are several surgeons with enormous experience. No, they said, they were committed to staying here.

Suffering very little of the possible side effects, Orchid went through her treatments without complaint, and noted quite early in the process that her symptoms were disappearing. By the time she returned to see me as planned, she was eating normally. Somewhat embarrassed, she said she didn't want to go through with the operation unless someone looked down her throat again to see if the tumor was still there. I pointed out the results wouldn't matter: even if visibly gone, the probability was high it wasn't fully eradicated by the treatments, and her high cure rate was predicated on going through the entire plan. She was insistent, respectfully. Her husband agreed, although he seemed less sure. So I contacted her original endoscopist, who repeated the study. Sure enough, there was no sign of the tumor.

As far as I was concerned, this was wonderful news and supported the optimism I had about her long-term outlook. I also, based on our conversations, knew it would make it nearly impossible to convince her to proceed. It was, in fact, completely impossible. She was convinced she was cured; and she was certain having the operation would be very difficult for her, with complications. It turns out she was well aware of the operation at home, and had heard stories.

No doctor wants to deceive a patient (no legitimate doctor). Much as I was convinced of her excellent prognosis, and confident as I was in my ability to do the operation well and with a very low likelihood of complications, I certainly could make no guarantees. "You'll be fine," I could have told her. "My patients do well and don't have problems," I might have said. "I know what it means to have a life in my hands, and I will do whatever it takes to cherish it. Please trust me. I can make it all right."

The most amazing thing about being a surgeon is that most people -- by far -- make that leap of faith without my having to say such things. (I don't -- I can't -- say them, of course.) I surely doubt it's because I'm overtly trustworthy. It's the situation: I hold all the cards, really. The patient hardly has a choice but to trust. As I've written elsewhere, "trust isn't given; it's taken."

Is there, in part, an acting job in my encounters? Do I, or must I, behave deliberately in certain ways to engender confidence? At some level, I suppose the answer is yes. There is an extent to which I see myself doing a sort of performance. Yet it's not deceitful. I want to gain trust: it's essential, I think, to get the best result.

And I believe in my ability. I would never falsely seek trust from a patient (I've sent people elsewhere when I think there's someone available with more experience in a particular area, even when I think I can do the procedure perfectly well.) Were there to be a complication, I'd have a hard time living with myself if I'd presented myself to the patient as equally qualified. Implicit in my "contract" with a patient is my belief that I can render the needed care as well as anyone. All surgeons feel that way, I guess. Perhaps you need to. But you also need to be reality-based. In the case of Orchid and her tumor, and the surgery necessary to deal with it, I felt fully able to speak with conviction.

I failed. I couldn't convince Orchid to have the operation; I couldn't overcome her fear of it, and neither could the other docs who'd been involved in her care. So away she went, husband in tow, looking back on his way out the door. Worried, he was. Unsure. Was he also disappointed in me, that I hadn't gotten her to say yes? He didn't say so. But they were both very respectful people. His silence felt incomplete, unconvincing.

In an album he made, posthumously, containing her letters, photos, her artwork, the words of her friends, he spoke eloquently and voluminously. Her whole life, page after page, rendered in perfect strokes, Japanese calligraphy, English used sparingly. No need. He sent me a copy. It was heartbreaking.

It took about nine months for the cancer to recur, presenting as before with swallowing trouble. Scans showed no evidence of spread, and now she agreed to have the operation. My sense that we'd lost our chance didn't keep me from going ahead. The surgery was more difficult than usual: had it been done on schedule, the changes from radiation wouldn't have been as "set." (Scarring occurs, but not right away.) Worst of all, the tumor had perforated, causing a small abscess. I gave it wide berth, but anatomy (heart, diaphragm, big vessels) mitigate against the generous swath you might take in another location. None of the things she feared about the post-op recovery came to pass.

Hospitalization was brief, she went home feeling strong; life, for a while -- until the invasion of her liver and spine -- was good. Her English was deeply accented, and halting, not easy. "Had I known....," she said with her lowered eyes. "Had I convinced you..." I said with mine.
Posted by Sid Schwab at 5:39 AM

Your candid writing is truly extraordinary, considering that many doctors I've met are unable to speak and write as well as you do. Thanks for making this blog available to all. Your book is exceptional, too. I'm recommending "Cutting Remarks" to many people.

In the 1970s, I worked on behalf of several large insurance companies in Massachusetts. My charge was to go out in the field and interview some of the most difficult cases as the companies tried to settle medical malpractice and workers compensation claims. Believe me, it opened my eyes to what could and DID happen in surgery hospitals pretty much all the time.

I look forward to chatting with you again on my web radio show.

Thanks for your words, and your good works. I've enjoyed our tele-acquaintance very much.

That was beautiful. Thank you for sharing your story.

Thank you for this story. I am soon having an esohagectomy for one slide that showed HGD. I have had LGD for a long time but now I have some HGD. I have basically been talking to so many docs. trying to decide just what to do.

I strongly considered PDT for a while. My brother who is a physician was not in favor of PDT, his choice was esophagectomy. I can't tell you how scary that surgery seems. But since I have now talked to two men who have had it done, both for HGD, I feel much better. Did you know, they are now doing a Barxx procedure on some HGD in Tenn.?

I'm sorry this woman waited to long to have her surgery...

I lived in a rural town in Japan for a year, on my own, as a work-study project through college. There is something so very unique about the Janaese culture and how it expresses in their personalities. This sounds so familiar, her reaction and eventual submission to the surgery.

One of the realities we all must face is that we do not always have things the way we want.

Even with failure to convince a patient of a course of action that we strongly feel is the "correct" one, the real issue is whether we were able to present the information as well as we would have liked, that it was understood, and that for whatever reason the patient was comfortable with their own decision.

Bad outcomes exist in any direction we can take.

I remember patients used alternative therapy for 8 month for the breast cancer. Gruesome to see cancer growing 8 monts and then patient aggreed to have surgery and cried. That was late.

I realize this is a very late comment on this post, but I have come upon your blog only recently.

One of the things about being a surgeon that is so profound, is the part about trust. I find it amazing that people who I have just met consent to put their lives in my hands. It is a humbling experience indeed.

As far as your patient goes, there are always those who, no matter what we say to them, have their own thoughts in mind and will not change regardless of what we say.

Thank you for such a great blog that brings back many memories to me. I am looking to buy your book soon!

Kellie: Thank you. Your "late" comment gave me an excuse to re-read this post, and it reminded me of those things again. It really is mysterious, this relationship that surgeons have with patients -- all doctors, of course. But taken to the extreme with surgeons.