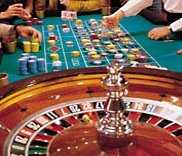 In an earlier post, I made reference to a memo I once distributed to the medical staff which was so inflammatory it disappeared from every doctor's mailbox before most ever caught wind of it. Although there might have been suspicions, I don't think it was ever known who did it. I'm ready to let the cat out of the bag. It might take a couple of posts to explain the whole scenario. Done well, it ought to shed light on many aspects of what has been wrong in medical practice in recent years. Done poorly, it could bore you to death. But first, a disclaimer:

Let me say in all sincerity that this occurred some time ago, when medical relationships were at their nadir in our town. And the hospital in question has turned things around in remarkable fashion, so much so that it's as if I'm talking about another place. So understand this: although it's all true, without question, categorically, undeniably it is not a reflection of the current situation. Politics have improved, and the quality of hospital care and commitment to it are exemplary and award-winning. The hospital is now one of the best there is. Really.

Once upon a time, when hospitals were not under the sort of financial pressure that exists today, they could focus on their mission (providing care to the sick, in case anyone's forgotten) without much concern about the competition. And doctors, maybe a little too fat in their wallets, worried more about their patients than about their financial survival. But as those who pay for medical care (governments, health insurers and, to a lesser extent, consumers) began -- rightly -- to seek ways to control costs, they -- wrongly -- focused only on payments to hospitals and doctors. Squeezing pretty much all of the blood out of the turnip, they went -- in the opinion of me and many others -- well beyond what was reasonable, and set medical finances upon its collective ear. And whereas I'm among the first to admit that there was a time when many doctors were overpaid, and that hospitals should have long ago looked more closely at efficiencies in the delivery of care, the result has been chaotic and frustrating, and damaging. Among other things, it has set doctor upon doctor, hospital upon hospital, and every combination within: collegiality has been replaced by competitiveness and divisiveness. Our community has been a microcosm of all that, a laboratory study of how it works.

Guy wakes up one morning and hears a voice in his head: "Sell your house, your business, take your money, and go to Las Vegas." He ignores it. Next day, he hears it again, and again, until he hears it pretty much all the time. He decides he must believe it; sells his house, his business, takes the money and goes to Las Vegas. On arrival at the airport, the voice tells him "Go to Caesar's Palace." He goes. Entering the lobby, he hears the voice tell him "Go to the roulette wheel." He goes. "Take your money," the voice says, "and put it all on red 36." He does. The wheel spins, the ball stops on black 15. The voice says, "Shit."

The above had nothing to do with anything; I just thought things were getting a little heavy.

There's been a huge political divide in our medical community, between the docs in a large clinic (including me), and everyone else. Things got a lot worse about the time I arrived in town, just before which the clinic had opened a satellite office in a nearby town, and had signed an exclusive contract with one of the local health insurance companies. So I'd walk down the hospital hallways, smiling happily at the docs I'd see, oblivious to it all, young and optimistic; and they'd literally turn away without speaking. Unless they were in the clinic, in which case they probably wondered why I wasn't in the office cranking out patients. The other guys figured we were aiming to take over the town, running them all out of business. That was not the case, of course, and it never happened. Even though the clinic is nearly ten times as large as when I joined, the town nicely accommodates everyone. But it wasn't so clear, then. A major effect of payment reduction has been to cause everyone in healthcare to focus on their bottom line, to behave in ways they never thought they'd have to: competing for dollars, forming alliances, signing contracts they don't like. Up to a point, it wasn't entirely undeserved. But it's turned docs away from what they loved in the first place, which was providing care, and it's made them love it less. That's, I suppose, fodder for a whole other series of posts. But maybe not: it's too depressing.

Meanwhile, the hospitals were in trouble. There were two for many years, one private, one public. Having lived together in a measure of peace earlier, as reimbursement decreased each felt the need to grab patients from the other. Duplication of services, generally not a great idea when there are fewer patients than beds, actually increased as each hospital strove to attract clients. (Yeah, they started calling them "clients." What BS. It's like I told my son when he was tiny and asked if he could call me Sid. "Everyone in the world can call me Sid," I said. "You're the only one who can call me Dad." Likewise, everyone is someone's client. Only doctors and nurses have patients.) Long, longer and longest story short, the public hospital (the better one, in my opinion) started to fail and despite such draconian measures as firing all the senior nurses and relying more and more on less expensive locums nurses, eventually it sold out to the private hospital, and they merged. There followed a very dark time, and sadness descended upon the medical community, most especially the nurses. Though many of the public hospital nurses were retained, everyone had to get used to new people, new systems, and to try to forget the old days, when there were enough nurses to provide what they knew was excellent care. At some point, administration literally told the nurses to shut up and stop with the suggestions, or find another job.

The level of care unquestionably descended. The surgical floor at the old public hospital had been, not long ago, the best I'd ever known. Highly experienced, highly dedicated nurses with a team approach, were assigned to that floor and nowhere else. I love having confidence that my patients will be getting top-notch care, and that when something goes awry, the nurses will find it and understand it right away. That all slipped away, as the few remaining nurses were surrounded by a different crew every day; in fact, it became the mantra that all nurses should be able to work anywhere. Specialization was rationalized away, because it was cheaper to believe it didn't matter. Doctors were getting extremely frustrated; some of us began to consider admitting our patients, inconveniently, to hospitals in neighboring communities.

So what would you think they'd do, as morale fell, quality suffered, and word began to grow in the community that maybe you should think about going elsewhere when you got sick? Trade in the pig for a quarterhorse? Focus like a laser on improving care? Nope: think again. You put lipstick on the pig. Stay tuned.
Posted by Sid Schwab at 5:19 AM

I'm quite looking forward to reading the next part(s) of this tale!

Great post, and I too look forward to the next installment.

Just testing here: trying to see if I can comment using the new beta thingamajig. Note to other would-be commenters: if you have trouble with your usual identity, you can choose "other" and then input your usual name and website

That's what I have to do on every Blogger blog.