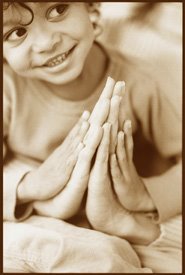 She was among the sickest kids I've ever seen: as close to death as any who eventually made it. And I never figured out if her parents were just incredibly clueless, or criminally negligent. When I saw her in the ER, her pulse was thready, barely palpable, and slow -- as in nearly agonal. Undoubtedly, a day or two ago it had been rapid, a desperate staccato plea for help. She moaned a little to deep stimulation, but her eyes -- like a doll's, like a pathetic imitation of some cliched cartoon -- were rolled up with only the whites showing. Instead of flushed and hot, as would be consistent with the rigid abdomen that told me her likely diagnosis, she was dusky and cool. Temperature below normal, heart slowing down. Jesus Christ!!! This little girl is dying of a ruptured appendix. I was as shocked and angry as I was scared I couldn't save her.

It had started over a week ago, her parents said: upset stomach, vomiting, fever. They put her to bed, figuring, they said, it was the flu. They just planned on waiting it out, as she got more and more lethargic. OK, yeah, kids get sick, they get a bug; don't call the doc for every sniffle. But vomiting for a week, becoming unresponsive: this is cult-worshipping craziness. You have to be nuts, or a committed conspiracy theorist -- a believer that doctors plot to make people sick, a snake-oil consumer -- to ignore all that for so long. Their daughter was no more than hours from death.

Cleverly called "the policeman of the abdomen," the omentum is there for a reason: it hangs down in front of the intestines like an apron, sliding around looking for trouble. If it finds it, in the form of an infection or inflammation, it sticks to the area, sealing it off with its layer of fat, richly endowed with lymphocytes and fibroblasts. Plug holes, send in the repel and repair crews. It works quite well when it works quite well. I mentioned previously that rupture leads either to pus all over the place, or to an abscess. Which one, depends largely on the omentum. If it finds the appendix early in the process and sticks to it -- and if in the process the nearby intestines close in as well -- the area gets effectively walled off. In kids, the omentum is thin and can be small. In the case of this little girl, for whatever reason it didn't do the job: she had a belly as full of pus as I've ever seen. And see it I did.

With warm IV fluids, heating blankets, and having given broad-spectrum antibiotics and medications to improve heart function, we got her in shape to handle an operation. I made an incision in her pretty little belly, up and down, in the middle. It would be there as long as she'd be there. I never cared too much about putting a belly-scar on an adult: whatever the indication, they'd know it was worth it. But cutting into a child's belly always bothered me a lot, no matter the reason. The bigger the cut, the worse I felt. The thrill of being the cavalry, riding to the rescue, was and is absent. That perfect skin, the vulnerable little child.

It was as if someone had taken a gallon jug of ugly gruel and poured it in: her insides were literally afloat in it. Raw and red, her intestines bobbed in pus. Her liver and spleen, surrounded. Sickly consistent, the same soup in her pelvis, the lateral gutters (that's the term for the area to the right of the ascending colon, and to the left of the descending. Never more appropriate), under her diaphragms. I sucked it out with catheters, and irrigated and irrigated, flooded her over and over again with liter after liter of warm and clean saline. Lastly, with antiseptic-laden solution. Assuring an un-cosmetic scar, of necessity I left the edges of her skin apart, lest she get infection in her wound.

Oxygen has antibiotic powers, and I kept her on it postop, to the (only slight) consternation of the pediatrician, since her measured oxygen levels were fine without it. The irrigations, the antibiotics and oxygen, her youth and who-knows-what other factors combined to give her a remarkably easy recovery. I was even able to tape her skin edges together, and her scar wasn't, as these things go, too bad after all.

Miracle? Not to me. The miracle would have been giving her parents who'd not let it happen in the first place.

Speaking of God, at the opposite end of the spectrum of parental involvement was a girl of similar age I was asked to see after she'd been in the hospital for three or four days with abdominal pain and not much else. No fever, no vomiting, no abnormal blood tests (the white blood cell count, a reflector of infection under usual circumstances, is nearly always elevated in appendicitis), Xrays, tea-leaves all OK. Was an operation indicated, I was asked? Look around, see if it's her appendix or something else surgical? I reviewed all the data, examined the child, and was as certain as I've ever been that it was neither appendicitis nor any other surgical situation. "That's what they told us about my other daughter, in Colorado," her mother said. "And she had a ruptured appendix and nearly died." I told her I understood how scary it was, that I couldn't comment on how that situation might have differed from this, but I was as sure as I could be that her daughter didn't have appendicitis, and I didn't think surgery would be of value. I told her I'd keep seeing her daughter every few hours to be sure, and moved toward the door. At which point the mom took that other daughter by the arm, and they both knelt and prayed at the child's bedside.

I was young then. I don't know if it was wise or not, but then and there I decided the little girl would never be really well -- never free of her mom's fear -- until her appendix was removed. So I did. When I told the mom I'd go ahead, her relief filled the room like fresh air; she looked as if she'd sprout wings and fly. And here's the amazing thing: in the face of my certainty, the normal lab work, the Xrays, the repeated exams, when I got in there it was as obvious as could be: her appendix, that mysterious little worm, that innocent little stripe-cum-killer, was.... entirely, amazingly, completely..... normal and pure as the first snow.

As a medical student I once watched dumbstruck as an ED registrar took a history from a woman who'd just brought her unconscious daughter into the ED.

Her 2 year old daughter was floppy and did not respond when the registrar stuck an IV in her cubital fossa.

The history? Oh, she started vomiting two days ago. Diarrhoea, too. Had to change lots of nappies. Last night she fell asleep on the floor of the lounge room and I put her in her cot. This morning I went to get her out of her cot and she was all floppy and I couldn't wake her up. So I laid her in my bed and went to take a shower. And when I came back I still couldn't wake her up, and that's when I thought maybe I should bring her to the hospital...

If the mother had been a 16 year old crack addict I might have been able to make excuses and wrap my head around the situation. But she wasn't. She was middle class & educated.

Thankfully the kid did okay while she was in hospital. I still wonder how she went after discharge.

You're right - there's something special about kids.

You know, this story is just one of the reasons I cannot stand to practice medicine with kids, especially psychiatry. There are so many parents who shouldn't be, and there is so little that can be done.

I did do a two-month child/adolescent psychiatry rotation in residency, and that experience sealed the deal for me. I called Child Protective Services so often, the operators knew me before I even said my name.

I know it's satisfying when you can help a child, but in psychiatry, it's more often the parents that need to be fixed (pun intended).

Wonderful post in a fascinating series. I'm enjoying your blog very much.

(Since I can't find an email contact for you, this was the only way I could think of to get this message to you:)

Feel free to ignore or enjoy: your choice (and with special big-time apologies if you've already done it.)

These are wonderful anatomy lessons as well as another great series of posts.

I had my first experience with parents who shouldn't be this past week in clinicals.

I've heard that caring too much about it is the path to burn out...but how can one not care when its a bambino?

Great stories! No more to be said.

I have just read for about an hour here, getting caught up. I could read what you write non-stop!

Even though you write from a physician's perspective and experience, you do it in a way, that laypeople, have no problem following along.

Reading this has caused so much pain. As a single father of 2 autistic children, my son almost died of a ruptured appendix last year. His brother had just gotten over a stomach virus, he was vomitting for 2 days, doctor told me 90% chance just a virus but take him for more tests, couldnt take him that day do to his brothers extreme autistic behaivioral outbursts and I didnt have a car to make it up the hill to the hospital. Brought him back to doctor the next day-different doctor, same clinic-gave him saline IV sent me home with nausea medicine, I offered maybe he should have more tests-she told me not to worry, next morning seemed very tired, odd behavior-he is autistic-told him to go to sleep while I did the laundry, came back he was unresponsive, eyes open, rushed him to the hospital, comatose for 3 months, had a severe stroke durring a massive bleeeding period from his scar caused by a medication to thin his blood to avoid clots. 6months of phys therapy he is walking again, still has speech and other neuro issues. Dont be so quick to blame parents! I though my son had a virus, the way this can present can confuse doctors and parents-neglect-I say heal thyself doctor! No parent would ever knowingly put the love of their life in such a predicament.

Problem with link - I think you meant to link to http://surgeonsblog.blogspot.com/2006/09/tales-from-right-lower-quadrant-part_19.html