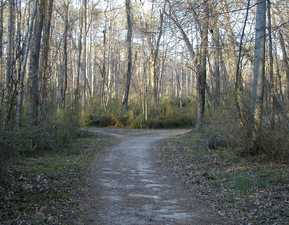 There's only been one person I wanted to kill in my office, and it wasn't my patient, so it shouldn't count against me. It was her husband. I was talking to her about her newly-diagnosed breast cancer. She was about forty; smartly attired, blond hair trimmed short, she looked younger than her age, and seemed more worried than frightened. Eye contact was furtive, but she was paying close attention. Pretty and prim, businesslike, she listened with care, but seemed distracted. And a contrast with her husband, an open-collar, sports-car sort of guy.

Karen's cancer had been found early, on a routine mammogram, and was highly favorable. I explained the situation in detail, including the likely good outcome no matter what treatment she chose. I told her she needn't lose her breast, that lumpectomy and radiation would have a very high cure rate, equal to mastectomy. But she worried: her breasts were unusually lumpy, and she'd had a couple of biopsies in the past, always scared to death until the reports came back. Knowing herself, she thought it would terrify her to leave the breast in place. Every lump, every sensation would throw her into a panic. She wanted it off.

It was not what her husband wanted to hear. "This is just what my first wife did," he told me. "She died of ovarian cancer. And now Karen is pulling the same shit on me." Wow. What do you say to a thing like that? But he was just warming up. He turned to Karen and said, "I'm telling you right now. If you have a mastectomy, I'm never going to touch you again." When she showed up for her surgery, she was alone.

Mary's husband was the opposite. He'd been with her at every visit, right there at her side the whole way. Young and pretty, she'd had a mastectomy, too, because of multiple tumors within the same breast. At the three-month followup, when she was in the midst of her chemotherapy, they told me she'd gotten a different wig for each day of the week. "I look forward to Thursdays," he said. "That's when she's a redhead."
Posted by Sid Schwab at 10:41 AM

It sounds like Karen was cured of her most aggressive and insidious malignancy before you even warmed up the cautery...

While I was sick my three sisters decided that I needed an intervention. We sat together on a screened in porch so they could enjoy their wine and cigarettes (I am not a smoker) while we talked. I'd eaten hotdogs and pizza and cooked my food on silverstone. I slept on a waterbed with an electric heater. I let things stress me out. As they listed all my sins the message was clear "You did this to yourself!" They even said that. The point being that if they could show that I'd caused my cancer then they weren't at risk for it. They were being motivated by fear. I try very hard to understand the reasons they acted that way and forgive their misguidence, but the truth is that our relationships haven't been the same since that night. Most people reacted with love and concern while I was ill. I guess my sisters were too close to the situation.

Its amazing how differently "loved" ones can act in the same situation. We should all have someone who supports us in times of need. Sad when we as caretakers see them turn on the patient instead!

Did you respond to him at all Doc?

We're learning therapeutic communication techniques in class right now, easier said than demonstrated...Karen's hubby would have made an interesting case study. Apparently they are warming us up for the loved ones who are jerks in labor and delivery and postpartum.

I was astounded to find out when I called our families to tell them that my wife had been diagnosed with breast cancer, tha they needed more support than she did.
Indeed, there are several relationships that haven't been the same since.

Don't you sometimes wish you had a private goon who could mess people up a little out in the parking lot?

My gawd..what a total *ick! I agree with enrico...the assholectomy needed doing as urgently as the mastectomy. I hope she is doing well on all fronts!

Husband #2 should be given a huge ATTABOY and a plaque for his sticktoitiveness!

Human beings can be such fascinating creatures. The same situation with two completely opposite reactions. Amazing.

Dr. Schwab,
Moof tagged me on this meme, and I know you dont typically post about stuff like this, but I, as well as many others, Im certain, would be interested in your responses.

You can see the questions here:
http://intelinurse2b.blogspot.com/2006/09/meme-from-moof-are-you-next.html

Every day I'm here on this earth, I thank god for the ER docs and my cardiologist for keeping me here. Now I know I should thank my family for being there for me too. I just thought all families acted as mine did in crisis. A great post...I learn much from your musings. And yes, I have also thanked the docs for taking care of me. Life is great!

Dr. S.,
I hope you don't mind my using your story of Mary this weekend as I MC the local Ovarian Cancer Walk...what an inspirational story that would make.
Shauna

I'm honored if anything I say is of use to anyone

you have just inspired our group to do our case study presentation on your article, were 5 nursing students from ireland and were shocked at this but intrigued also thanks

Thank you! And good luck in your lives as nurses, We need all the good nurses we can get, everywhere in the world.