Music of the Gods 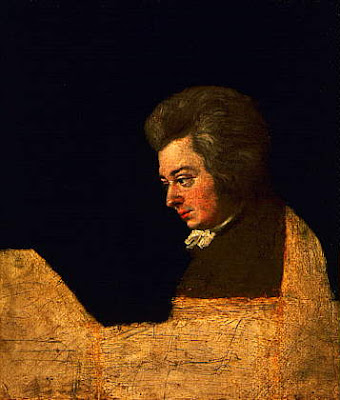 This article is so dense with intriguing stuff that I hardly know where to start. Let's begin by ignoring the guy's extraordinary brilliance, with PhDs in stem cell biology and in music, before getting his MD. Ignore it, because it puts him so much in a class by himself that it must make the rest of us feel like tiny-brained sub-species. If he's superhuman, we'd be kidding ourselves to apply it to ourselves. So let's just consider the mind-music-medicine-surgery implications, starting with this:

“If I don’t play [the piano, if you didn't bother to read the article!] for a couple of days ... I cannot feel things as well in surgery. My hands are not as tender with the tissue. They are not as sensitive to the feedback that the tissue gives you.”

Fascinating. Is that an effect that translates to the rest of us? Or is it related to his special brain-wiring for music? If the latter, does music raise him above the level of other surgeons, or is it that it's necessary to keep him from falling below ours? Is it, in other words, a gift or a handicap? In my book, and here, as well as other places in this blog, I've likened surgery to music, and to ballet. At its best, it's apt: when the process of operating comes together in all its parts, with surgeon, assistant, scrub nurse, anesthesia in a kind of flow of understanding and anticipation, the result is symphonic and thrilling. Allowed to do so, freed from distractions and stops and starts arising from unfamiliar team-members, I can get into a rhythm of operating that seems to play like music, both carried along by it, and carrying it along. Does Dr. Conrad exemplify the phenomenon at its highest? Do musicians make better surgeons, do surgeons make better musicians? Without doubt (to my observation, anyway) there are some surgeons much more gifted in the art, in the technical process of surgery, in anticipating how a given situation will unfold. Do we have "musical wiring" (by which I mean something in common with musicians, as opposed to being necessarily gifted in music)? (And, yeah, I said "we," and I know it's braggadocio.)

The article also addresses the physiological responses to music, both in terms of its potential soothing and healing effects, as well as an implication that it might raise the performance of surgeons in the OR. I've written about music in the OR: contrary to the belief on which I was raised that it's a distraction, it's generally been found to be of psychological benefit, and I like it, mostly (sometimes, when fans became fecal, I'd ask that it be turned off while I concentrated intently). That some music might raise levels of growth hormone is quite amazing. The possible specificity of Mozart, even more so! Dr. Conrad's point about Mozart intentionally or subconsciously writing to ease his own maladies is provocative. I love the idea that he's trying to flesh it out: music vs no music; types of music compared to each other. (Maybe athletes can get their growth hormone through headphones. Headline: "Baseball Bans Beethoven!")

To me, music is among the highest of human endeavors: that we can create it, that it moves us. (My theory: there's a survival advantage from being able to distinguish among and to reproduce sounds of other animals.) Those that are truly gifted with it are sublimely lucky. For some, like my aunt, it's part of their metabolism. For the rest of us, most of us, there are pleasures to receive from those so gifted. And now, it seems, the benefit may be beyond the merely esoteric.
Posted by Sid Schwab at 5:00 AM

Labels: music and healing, music and medicine, music in the operating room

And yet another person who makes me feel like a miserable failure - I'm his age. Brilliance I'll never understand or know. Although, looking at the pic, I initially thought he was an anesthesiologist.

A part of me feels like rag above. Damn, I wish I could be the guy in the article.

There are a number of musical groups comprised of physicians and other health professions scientists, and there are many studies which investigate how math/music/science seem to be synergistic and interrelated. Not infrequently do the authors of the various ScienceBlogs rhapsodize about their musical inclinations.

It makes sense that music involves physical reaction and movement, and in that would come muscle memory. So why would it not have effects that would enhance concentration, coordination, fluidity of movement and efficiency?

I knew those years of tap dancing, ballet and piano playing had some purpose beyond making noise.

As a professional musician myself, I was not surprised one bit about the comment regarding lack of playing piano creating lack of sensitivity in surgery. I play piano and french horn. If I haven't played my horn for even a full day, my face aches and I feel twitches or cramps in my embouchure musculature. If I haven't sat at the piano for some time, my back gets stiff and my shoulders get tense.

There is an energetic flow which occurs throughout the body, not just in the fingers or hands. But it is most dramatic in the fingers, palm, and wrist. Even with RA, playing piano keeps my fingers supple and lessens inflammation. And with the MS, I often cannot feel the tips of my fingers in my left hand. Playing piano helps to keep the neural pathways open, or helps to develop new messenging routes. This is communication which flows to/from the brain, so it makes sense that performing music helps to develop certain areas of the brain.

Anyway, it keeps me functioning in the face of multiple autoimmune diseases. But my preference is Beethoven or Chopin over Mozart. That's just me.

Also, the musician must be adept at analyzing and processing the music from many different angles and proportions, all while the subject at hand is a moving target. It does require a different manner of thinking to be effective. A two-dimensional activity it is not.

fascinating. the only thing i play well is the fool.

When I first saw the article about Dr. Conrad, I thought about Albert Schweitzer, who earned advanced degrees in Philosophy, Theology, and Medicine while writing the definitive biography of Bach and raising money for his hospital in Gabon by playing piano concerts throughout Europe. Unbelievable.

While that level of talent and inspiration escapes the vast majority of us, we are fortunate to have such physicans among us.

I played the oboe, clarinet and piano before I lost my hearing, and I miss it more than I can say.

I can play the air guitar. Does that count?

Thanks again for yet another fascinating post. There is a recent book by Oliver Sacks called 'Musicophilia: Tales of Music on the Brain' in which he explores the impact of music on the human brain with particular emphasis on people who have retained or gained extraordinary musical capabilities despite having otherwise debilitating neurological disorders.

I hate to dampen the party, but as a cellist (we are are natural skeptics and often neurotic) I must say that anything that allows one to move and sense, to listen and feel, will improve one's mood and physiological function. Of course you feel it if you don't play for a day - an athlete feels it if they don't practice - those muscles are trained to be worked. As for Mozart - he was a genius, but so were some far better composers. I'd love to see what Scriabin's music would do, or Gorecki's Symphony No. 3, or Brahms - what a composer! I will say one thing for music that one often can't get elsewhere - a sense of truth. Either you have it or your don't. Either you can or you can't. Either you can figure it out or you cannot. It's a great way to learn how to learn, and to realize the time it takes to really synthesize that knowledge. It's a long process - something most "all-nighters" never learn. There, I've said my piece. Go listen to some Arvo Part.

anne: Arvo Part is beautiful; a post-modern neoclassicist. And lookie here: I can do this:

Sometimes you have the music turned off "when fans become fecal"?

It was just my (clever) way of saying "When the shit hits the fan."