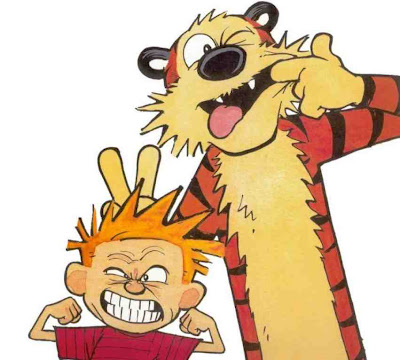 Where I trained, it was a very top-down place. At all levels, you were expected to inform the person next up the ladder before embarking on nearly anything. Which, as far as I'm concerned, is how it should be. Learn your limits: nothing is more important in being a safe surgeon. Ask for help, get advice, know the need. There were no mistakes as unforgivable as those of not following the chain of command.

In "Cutting Remarks," I told the story of a fellow resident who performed an emergency tracheostomy in the Emergency Room. That it turned out to have been unnecessary was not what got him in trouble. It was that when the nurse asked if she should call the Trauma Team, he said no, he could handle it, which he did, in terms of technique. But for his failure to communicate, he was called into the Chief's office and told this: "A cat has nine lives. A surgery resident has two. You've just used one. Now get out of my office."

That Chief was F. William Blaisdell, or, as we referred to him, the Blazer. A leader in the formalizing of trauma care, Blazer ran the Department of Surgery at San Francisco General Hospital while I was there, and he was one of my two most influential teachers. Some of his demands were a little annoying: no facial hair, no scrub clothes out of the operating room, wear a necktie at all times. But it was about respect. Respect for our patients, most of whom were derelicts and drunks and down on their luck. No matter. We handed every one of them a personal business card that Blazer had seen to for us, including the number of the surgery department and of the paging system.

What Blazer expected of his Chief Residents, of which, eventually, I became one, was not that we be right all the time. His expectation was that every decision we made was well thought-out, that it took full account of the situation, of all the possibilities, that the proper data had been collected and evaluated. Short-cuts, sloppiness were indefensible offenses. When I called him in the middle of the night to describe a patient and tell him of my plan, he might or might not choose to come in to assist. (I appreciated his confidence in me when he stayed away, but I always liked having him there. It'd be soon enough, I figured, that I'd be on my own. Now was the time to pick as many pearls of wisdom as I could.)

And here's the thing: if he felt you'd properly reasoned he'd never second-guess or fail to support your decision, even if it didn't work out. He'd talk it over, dissect it; teach back from the problems. But he'd stand up for you. Unlike some of the other staff.

Like most training programs, we had a weekly conference in which every imperfect outcome was discussed. "M and M" is the most common designation, for Morbidity and Mortality; ours was "D and C," for Death and Complications. The conference took up several hours of every Saturday morning, delaying the beginning of the infrequent weekend off, if such it was. But it was the best conference we had, probably the source of the most learning outside the OR. Chief Residents of each service presented the cases, but the grilling might be directed at anyone, even the loftiest of professors.

When I was on Blazer's service, the one thing I could count on, though, was that he'd be there for me. If there was a bad outcome, as long as he believed I'd done the right thing at every step of the way, he'd defend me against whatever onslaught, from whatever lofty source. Some of his junior professors were not so solid. "I told him he shouldn't do that," they'd lie. One guy in particular, whom I won't name. A tough case with a great result, he was there to take the credit, as if he'd done it and not me. But if something was imperfect, he sidled away like a crab catching the tide, wagging his tiniest claw behind him: not me, not me, not me.
Posted by Sid Schwab at 5:15 AM

Ah, if only more people would teach that way. A lot of folks take the credit if it works, and blame you if it doesn't.

the similarities between your place of training and mine are remarkable. the differences are too. we were also clean shaven tie wearing white coats. and in some firms you needed to inform up before you got into trouble. but usually we were on our own. one consultant told me on my first day in his firm that i was welcome to call but he did not come out. at all. there was a private consultant in his firm that also did not come out. the boss (chief) would come out, but only if you were in trouble. however, if you presented a complex case the next morning and you hadn't called him (when working in his firm) he would let you have it. i learned to get my timing just right. i would get the situation under control and then call. when he offered to come out i would say that it seems to be under control now but thanks. in the morning he would relish in the fact that he had been called and would defend my actions.

but in general, if you got into trouble, you had little chance of seeing a consultant. you might consider phoning the senior registrar under those circumstances.

i once had a mortality where the critical decision had been double checked by my consultant. at the m&m i neglected to mention this and took the blame squarely on my own because most consultants didn't like to be drawn into the line of guilt by juniors. when the other consultants started getting into a feeding frenzy, my consultant stood up. he then said the decision was his ans not mine. he then turned to me and scolded me for trying to defend him by not mentioning he was involved. i already had great respect for that consultant, but it increased enormously that day. most others would have left me to face the music alone.

Bill Blaisdell stood up for me, proposing me for membership in the prestigious Pacific Coast Surgical Association when neither of my two sponsors showed up.
Blazer at his best: Landing at Sacramento International, he looked down near Arco Arena and saw lots of red flashing lights. On his cell he heard there had been a big auto crash. Instead of going home, he went to the ER, and there was pro basketball star Bobby Hurley with his right lung ripped off the great vessels and bronchus. Blazer fixed this fatal injury and Hurley returned to basketball the next season. Not just a good man, but a great surgeon also.