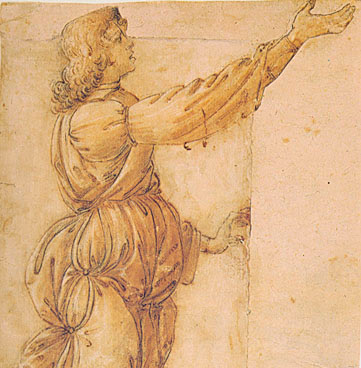 Traction and counter-traction: along with maintaining excellent exposure, that is one of the fundamental principles of operating. It's Newtonian: equal and opposite. In nearly all forms of surgical dissection, there's a need for some pull in the opposing direction: tissues that are a little stretched-out, that are under some tension, fall open more easily when dissected. Plus, it's a form of stabilization, another obligatory component of safe and precise work. One of the great pleasures of operating is having an assistant who understands, so that actions are coordinated and balanced. Constantly in motion, it's an ever-changing dance, as if we were tethered together by a silk cord, leaning slightly away, each move I initiate perfectly mirrored, keeping the cord perfectly taut, no matter where I choose to go. Ideally, it happens in a constant flow, with no words needed, part of the music of surgery well-done. In fact, when the orchestra is at full throat, my assistant knows where I'm headed and presents the field before I've finished moving. "Beautiful," I say in appreciation.

In making the initial incision, I provide my own counter-traction; left hand pulling backward as I draw the knife forward in my right. In a very long incision, I move my left hand to another point, thumb and fingers arching astride the fresh gap, simultaneously pulling backward and spreading outward: three-dimensional traction. In deepening the wound, my assistant and I pull across from each other, often against a moistened sponge I've placed on either side of the incision just before starting, left hands pulling in exact balance (else you might miss the midline); the knife is in my right hand, a forceps might be in hers. When there's an especially thick layer of fat, we put down our instruments, dig both hands over the edge of the wound, and pull hard against each other -- sometimes gruntingly hard. Magically, the fat parts like the Yellow Sea (or was it...?), right and exactly to that desirable middle stripe.

I wish I were more ambidextrous: in a pinch, I can cut or sew with my left, but I'm much better with my right. Still, there's a lot of subtle stuff to be done with the left, whether it's holding a forceps to grab something I'm cutting, or doing some fine noodling: moving the fingers as if on a keyboard, to expose and apply tension to an area that I'm working with the other. Imagine being tasked to find a pea hidden within a bowl of pasta, given a tweezer in one hand and using the other to explore. You'd move your fingers this way and that, stroking and spreading, using your medial or ulnar fingers (remember the anatomic position?) to hold stuff away as you work your way around with your thumb and index fingers. Wouldn't you? Can you imagine doing that in a fellow human-being? Let me assure you: it's stupefying! As is the recognition, while doing it, that I've acquired (and am allowed!) the touch, the ability to do it; to reach inside someone and with delicate motions of my fingers, to expose, to analyze by touch, to forge a way for my eyes to follow. Nor are these entirely unfamiliar acts: you've arranged flowers, sewn cloth, kneaded bread. You've twisted a screw, coiled a hose. You've bathed your baby, touched a lover. Your hands and your fingers are sensitive as mine, you've been guided by feel, you've closed your eyes and still known where you are; breathed in odors, heard intimate sounds of the body. The wonder is in the context.

The skin falls asunder from each side of my knife like red-robed palace guards, bowing and backing away, sweeping their arms in a curlicue of grace: "You may enter." [Joanie says, "I had a nice weekend, kids came over for a picnic........]
Posted by Sid Schwab at 7:20 AM

I find this series on performing an operation so absolutely fascinating that it is difficult to comment. However, I didn't want you to think that a lack of comments were a lack of interest. As I am reading I feel as though I am standing right next to Joanie, watching. Amazing work!

Thank you. I must say I do wonder why there are so few comments, given a fairly high number of readers. Either I'm sayng everything that needs to be said, or I'm being too over the top, too wordy, too whatever. Probably not the former! But what the heck. I plan to keep the series going until I think it's done...

"the wonder is in the context".

uisMost comments are expressions of opinion, and I doubt many of your non-surgeon readers have thought about, much less formed opinions on, the details of OR life you describe. Like Lisa, I am enjoying the sense of immediacy created by this series.

Dr. Schwab, is the assistant that you compliment a resident? Is this a teaching hospital?

No, it's not a teaching hospital. Joanie is a former scrub nurse (the best of the best) whom my clinic hired away from the hospital to work for us surgeons; first as a scrub but eventually as a RNFA (Registered nurse first assistant.) She worked with me on nearly all of my hospital-based cases (as opposed to surgery center or office). A great luxury, having an assistant who knows the plan, all the time! My (almost)
very first post on this blog was an excerpt from my book, which ends up about Joanie.

Sid, I don't comment very often because there's just not much I can say that compares to the poetry (sometimes breathtaking!) of many of your posts.

But I read eagerly.

I agree with Lisa, I believe that there have been so few comments about this series because we're all just wanting to keep reading until the end.

Your writing (in both blog and book) is incredible, and I hope that you're planning to continue for some time (another book, perhaps?).

Your love note post is as poetic as they come. I need to spend time reading your archives (and order your book too ;)).

I come from a different profession, but I understand the OCD-like behavior of which you recently spoke.

I'm a construction estimator, which is not a lifetime near the respinsibility you have, but the company and all of your co-worker's jobs ride on your work. Inside and out, every detail, every possibility, all scenarios have to be considered and 50 lbs of blueprints pored over. I have a detailed process I follow to the letter; I go crazy if it isn't done just so. Other estimators I know cut corners, don't do the legwork they should, but I can't let it slide. I can't understand how they function like that. A different breed I suppose.

I know how to find my kind in my industry, but how do I find you? The doctors that excel? Any tips would make a great insightful post.

My pituitary surgery is next week; I'm very happy with the surgeon I have so no worries. I'll spend my recuperation in the archives. :)

This series is altogether interesting. It's certainly opening my eyes up to the more intricate matters of surgery.

Your posts are certainly divesting me of my ill-formed notions of what happens when a surgeon starts making an incision. I've just assumed that a surgeon just slices through where they think they must go, and keep going until he/she gets down to whatever it is that needs operating on.

I do have one question - on TV shows, I've seen surgery done where they lay a piece of orange plastic wrap down on a patient's body before they start making an incision. What is this plastic wrap for?

The plastic sheet is to cover the exposed skin, thereby in theory providing a barrier to any skin organisms that might still be viable after the prep. Some of those sheets -- the colored ones -- are impregnated with antiseptic. They're not universally used; more often when a prosthetic device (joint, vascular graft, etc) is being implanted.

strangely enough i prefer operating with the inexperienced. i like to teach, but i also feel more totally in control. maybe the typical megalomania of a surgeon. if it is someone i've trained up from scratch it's ok. difficult to fully explain but sometimes at the critical moment i just don't need the perfect suggestion from my well meaning assistant, especially if he is right. lq2m

There are few comments because we're all holding our breath to see what comes next. We don't want to break your flow. Please continue...and don't stop!

We're waiting for you, the surgeon, to command, "Comment!" so that at that precise time and with a non-hesitant "Slap!" the comment is handed over, exactly as requested.

You must know that I LOVE your posts!

Sometimes - I am so into them, that I put them off until I can totally immerse myself, absorbing every little detail.

I never thought much about the importance of an assistant in the OR. Shoot - I never thought much about the OR until reading your posts. As I have stated before - I have worked around surgeons for 20 years and had ample opportunity to ask questions and while I listened - I was never drawn in enough tho ask questions. Maybe, partly because because it just wasn't a concern. Then past year, having been in the OR 7 times (procedures) and with possibility of facing a significant surgery - well, my priorities have changed.

I also can understand why a surgeon could have a God complex - awesome responsibility and you have paid your dues in training.

I am grateful for these posts!