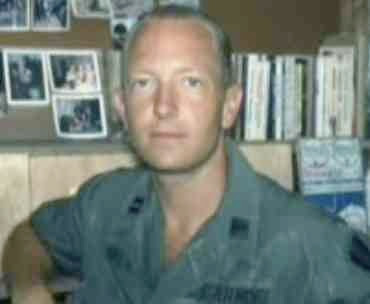 It can't have escaped notice that of late my blogging has wandered from the prime directive to inform and entertain about surgery and surgeons. So this post splits the difference. It's about friendship, and it's about a surgeon. I've mentioned him already.

Not entirely by intent, in recent years I've become more of a recluse than is my nature. Time was, I had lots of friends. In college, we were a group of four guys who ate nearly every meal together, went on dates together, did funny bits up and down the Northeast Coast; and there were a few others, my freshman roommate included, that were close and with whom I've stayed in occasional touch. Med school included new pals; with one or two I have rare contact. During surgery training, my wife and I had several couples who were much more than typical friends; not all of them were medical, and the friendships intersected in all possible combinations. I knew we were lucky, and I loved it. Once I started in practice, things narrowed into mostly professional acquaintances. Sitting in the doctors' lounge when there was a moment, shooting the breeze. Non-medical friends were fewer, and mostly consisted of people with whom we shouldered solidly on sidelines of our sons' sports sagas. Those were good friendships, too; but time, and our son, have moved on.

In the last few years of my practice I was so busy and so exhausted I really had time for little of life outside work. Since retiring, I've finally gotten close to my wife's large and noisy and wonderful family. They, entirely, are my friends now. Which ain't' half bad, except that they're all over an hour away. But as of a couple of weeks ago, I'm reminded of what I've been missing: JB and his wife were here for a few days, and now their absence feels like a hole.

On paper, there should have been problems: he's conservative, I'm liberal. He's religious, I'm not. I'm old, he's older. Where we both trained, ten years apart, he cut a wide swath; I came and went without fanfare. But here he was, after corresponding for about a year, and a brief meeting for only a couple of hours in San Francisco a few weeks ago. With his wife, whom I'd not met, he flew up from his place near Yosemite to spend four days with me and my wife, whom he'd not met. We've been married about the same amount of time (longer than many of my readers are old); our wives got along great. JB and his wife, Jeannie, met in Vietnam: he a surgeon, she a surgical nurse. Clearly, it was a central event in their lives. That, and the entry into it of their much-loved son. If our wives were unsure, JB and I knew with some instinctual certainty that it'd work. And it did. Despite certain philosophical differences, we have much in common. I'd even go so far as to say that we have our differences in common, although I'm not sure I know what I mean.

Going through surgical residency and war, which are not in all ways dissimilar, leaves a person with experiences that can't be fully imagined by others, and which bind people who have, no matter their other differences. JB and I did both: the former pretty much exactly alike, the latter less so in that he was a fully-trained surgeon and I just a general medical officer. But it translates well. His video from then (warning: parts are very graphic for people not used to trauma surgery -- and there's some of his writing here), though much more intense than one I could ever make, has overlap with my experience; some of it quite exactly. At the least, we both know war as much more than an abstraction or a slogan, and have seen its futility and horror at its worst (me, a little less than he!), and its fellowship at its best. And having had many of the same surgery teachers, we have stories to tell. Tell them, we did.

Amazing to me, we also have in common the abandonment of busy and successful surgical practices in our fifties, and for the same reason: it wasn't as much fun as it had been. A sense of it literally killing us (in his case, the signs were unmistakable). To do that, I'd say, requires a certain sensibility; maybe more than anything else, that decision alone tells me we're of similar cloth. It wasn't easy; nor free of worry, or of deep ambivalence. Whether on the basis of these things or not, there was an instant feeling of commonality and of trust. And that led -- preconditions set out in a couple of emails to the contrary -- to the ability to talk about politics, and religion, and life, without worrying that differences would break us down.

We ferried to Lopez Island and spent the day with my sister- and brother-in-law, talking incessantly on the way up, and back. I perfectly grilled some halibut, taking (of course) full credit for the entire meal made over the previous couple of days by Judy. Making up part of the smallest crowd ever (literally: the smallest ever!) at Safeco Field, we went to a Mariners' game, and afterwards to a luscious chocolate shop and talked till midnight. It's been a while since I've done that, unconscious of the time. 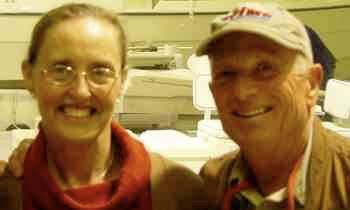 In this post, I thought I'd be describing JB in more detail and better than I had in a previous one (he was highly amused by the "wiry" moniker.) But I'd risk embarrassing myself (as if I haven't done that before!) or having it come off as hero-worship. So I'll just say this: JB is about as real as they get. No artifice. Honest. Knows who he is, and why, and what that means for him. Hell of a story-teller. A little paranoid about us liberal types.

I like him. I like his wife. We all got along, and well. For the first time in a long time, I felt I was spending time with a friend, it felt good, and I miss it.

[Update, 10/10: How things change. I guess it's the oldest friends that are the best ones, after all. Preferring to believe Barack Obama is a closet Muslim, JB finally had enough of me pointing out that he wasn't. Concluding I was an America-hating, terrorist-loving Jew, he kicked me to the curb like the remnant of a retread. I missed him for a while, even then. And I still miss the person I thought he was.]

[Update #2, 10/17: Watching the Ken Burns/Lynn Novick Vietnam series on PBS, I thought of JB many times; even thought I might see him. One story in particular, of a man triaged for death but saved by another surgeon, sounded like one he'd told. So, not knowing what to expect, I contacted him.

Having gone through several family tragedies and a couple of major, life-threatening health issues, he's back to the man I once knew. We've resumed our communications, and it makes me happy. Who knows? Someday there might be a reunion. Life. What a deal.]

No comments yet? But I shouldn't be making the first one, JB or his wife should. Still, let me say (since I can't stand to see such a personal post left unanswered)--you let your readers in as friends to you, and this one over here certainly appreciates it.

Glad you got to have that visit with them for real and in person. Wonderful!

Allison suggests that I put in a comment, so here it is. The time with Dr. Sid and Judy Schwab was precious. All of you who read his work must understand and appreciate that you hearing the truth from a man of morals and wisdom. You are indeed lucky. He is the kind of leader we need today. Unfortunately, life still gives you only one 60 year shot at a career. Thank you Dr. Schwab for this reminiscence of our time together. Thank you for putting in the clickon to our Viet Nam video. More people need to know the reality of war. Maybe it will help some understand why I am so opposed to women in combat...it is obviously bad enough to see wounded boys. All best. JB

For the JB video: Before you go there, turn volume to HIGH on computer. When loaded, press key
F11 to get fuller screen, then go down to bottom right where the magnifying glass is and 125 or 150%will give you a big full screen. JB

Thanks for sharing, Dr Sid and Dr Baldwin. Maybe we could get Dr A to host you both (together) on his show some time. That would be great!

ramona: that would be quite a show! Poor Dr A would have trouble getting in a word, but it would be entertaining. I'd have to shut up, too.

Non sequitur alert. I found your book at my favourite bookshop and did a little yelp. It's sitting on my bedside table at the moment and I plan on reading it after summarising today's pathology lectures.

M: the idea of the book sitting in a shop in Australia is quite pleasing to me. Even more so that it was picked up.

Dr. Schwab, I loved your book and hope you'll write another.

Thank you for this post. There is nothing in this world so precious as good friends and time spent with them.

anonymous: glad you liked it. I keep trying to see if there's another in me, and if so, about what.

"I keep trying to see if there's another in me, and if so, about what."

Hows about an expert's opinion on the state of health care? You've commented on it so much here and enlightened non-medical types (myself included) on the fascinating dynamics setting the stage for (can I say this?) a major health care catastrophe. From your many posts on the subject, we're entering the perfect storm. And who better to narrate it? I'd rather your fresh voice than a twitchy economist or placating politician.

JP: it's a tempting thought, except for the fact that I'm mostly an outsider myself, nowadays.