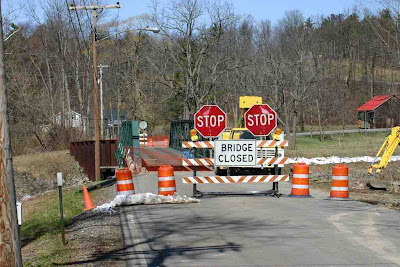 By way of introducing the subject of surgical risk, as requested a while back by a reader, I present a couple of noteworthy patients:

Harry was a crusty old fart, mid eighties, wiry and wheezy. Grizzled about the muzzle, straightforward in speech and unrepentantly profane, he'd been admitted with a touch of pneumonia, following upon an episode of aspiration. Burdened for years with severe symptoms from a hiatal hernia with reflux (wherein the stomach slips up into the chest and its upper valve loses the ability to keep stomach content from backing up the esophagus), he'd been rejected in the past as a surgical candidate by at least two surgeons before I was asked to see him. Harry's heart, it was felt, was too precarious to withstand a major operation. It was a little puny, all right -- a dollop of a-fib, question of congestive failure in the past (although that had been at the time of a previous episode of aspiration) -- but far from the worst I'd seen in someone considering surgery. My favorite cardiologist, a pragmatic and sober sort of guy, agreed that Harry figured to pull through with a little combined effort and a good operation. It's been said (not sure by whom, but I tend to agree) that as good a measure as all of the fancy tests we can muster is the ability to walk up a flight of stairs. I took Harry into the stairwell and turned him loose.

Nor was leaving him to his repeated reflux without risk. It was adding up. I told Harry what was involved in fundoplication and hiatal hernia repair. "Those other docs told me I was too old for it. Sounds good, but won't it kill me," Harry asked? "It could," I told him. "But I don't think so, and neither does the heart doctor. For the shape it's in, your heart's in pretty good shape." "Hell, let's do it. Sure as shit this ain't no way to live. I can't sleep, I can't tie my shoes without puking."

Harry, as the expression goes, didn't turn a hair, went home right on schedule. On his first office visit afterwards, I asked how he was doing, whether he could tell yet if it had been worth it. "Doc," Harry said, firing his eyes at me like pistols, "I spent four years in the Philippines in dubiya dubiya two." He said it in a way that suggested the next words would be and I thought I knew what suffering was. But what came out was, "and until now my hero has been Douglas MacArthur. Now, it's you." He said it like he meant it.


Then there was Phil. For the last dozen of his ninety-six years he'd worn a hernia belt for a gigantic inguinal hernia, because no surgeon would touch him with a ten-foot scalpel. Truss me: no appliance works worth a damn, especially on such a large rupture. He was constantly miserable: trouble walking, trouble keeping clean. Sore, worse when he strained to pass urine or stool. Uncomfortable in any position, he was reduced (no pun) to spending life in a recliner. In short, after suffering his way through and well past his golden years, for some reason he'd finally had it with the thing and decided to try again to find him a surgeon. Unlike Harry's, Phil's heart had been run well beyond its warranty. And yet here he was, practically begging for help, saying the wretched thing had made his life finally not worth living. I don't believe in choosing surgery as a pleasant alternative to blowing your brains out. But I do think it's a rare situation that precludes surgery no matter what, in a person capable of making decisions. Besides which a nicely done local anesthetic with an anesthesiologist sitting by to keep an eye on a couple of monitors is a pretty low-risk way to fix a hernia, even in a frail fellow like Phil.

On his office followup, he and his live-in buddy told me they'd had a truss-burning party a few days earlier.


Much as we'd like it, there's no even slightly precise way to answer the question, "What are my chances, doc?" Studies tell us a breakdown of a thousand patients, but not what will happen to the one sitting in front of you. Nor is there some easy algorithm for calculating risk/benefit. Implicit in recommending surgery is the belief that the danger of the proposed operation is less than the danger of the disease being treated. But that's really just a (hopefully) sophisticated game of odds-playing: since nothing is 100% -- neither the surgical outcome nor the behavior of a pathological process -- the right decision will end up wrong for some people. Moreover, it's obvious that a given medical status -- say, various heart or lung problems (or both!!) -- figure in a different equation if the targeted disease is the occasional gallbladder attack, versus colon cancer. And if someone shows up with a perforated colon causing generalized peritonitis, you're going to have to operate no matter what the pre-existing factors are. You take as much time as is safe to tune the patient up (balancing the ill effects of delay vs. the increased safety of correcting the correctable) but unless there's virtually no hope of getting the person through (and it's rarely possible to be absolutely certain) you'll likely go ahead. Which is why I said above that it's a rare situation in which surgery can be said to be impossible.

Diabetes, obesity, heart failure, chronic lung disease, liver or kidney problems; reduced immunity, taking certain drugs, smoking. All these things increase surgical risk, meaning they add to the chances of peri-operative problems. We can -- assuming there's time -- address them ahead of the operation: get blood sugar well-controlled, optimize heart function, taper off steroids when possible. Stopping smoking before surgery makes a measurable difference. Many plastic surgeons will refuse certain cosmetic procedures in smokers, because of known interference with healing. Even reconstructive surgery is jeopardized: smoking decreases circulation in small vessels, putting fancy flaps at risk. It's easy to tell smokers by they way they cough on the breathing tubes during surgery, and by the crap that needs sucking out of their lungs during and after operations. Stopping for even a week may make some difference; a month or six weeks is way better.

When the risk of not doing surgery is greater than the risk of doing it, we go ahead. Which makes sense. The difference between medicine and some other worlds is that the most precise medical data are by their nature imprecise. How amazing it is to be able to fire off a rocket from Planet Earth and know exactly when and where it will arrive at Mars; to be able to send a signal at exactly the right second to initiate a burn, to send a lander bouncing to the surface within yards of the target a million miles away from the pushed button. Doctors -- because it's true -- point out that no computer, no algorithm can reproducibly predict specific outcomes of diseases and the interventions aimed at them no matter how close we are. Layered upon all the information assembled from past studies, from personal experience is some sort of instinct for doing the right thing at the right time. In the best of all worlds, instinct would count for very little. Who wants to think their doctor is just guessing? We're not there yet, and it seems doubtful we ever will be. Among the aims of medical education and research ought to be always to strive for more precise ways to diagnose and treat disease, more accurately to understand the variations in which an illness behaves among victims and by which it responds to a treatment. To eliminate the need to guess, trust the gut, make a leap of faith. To crank out doctors who vary not at all among themselves in their ability to diagnose and treat, the outcomes of whose care will be as interchangeable as a set of pistons. Ain't, of course, gonna happen. There's more of a chance of narrowing the differences among doctor performance than there is of getting to the point of perfect predictability of pathological process. "Educated" and "guess" will never be separable from one another in medical care. Even as the former increases and the latter decreases, they will remain hand in hand, an imperfect marriage. Don't smoke.
Posted by Sid Schwab at 7:00 AM

This post makes me think back to my gastric bypass surgery. Most of the obese have major medical problems. I didn't have diabetes, but that's about the only one I didn't have. Weighed almost 500 pounds, yet the operation went swimmingly, and saved my life. I'm glad there are docs who are willing to take a chance now and then

The craft of medicine is learning how to make decisions in the setting of inadequate information. We can never know what we'd like to, and in many cases decisions are forced when we are woefully uninformed.

A young doctor, a young surgeon, makes decisions by largely marshalling the book-learning, the journal-reading, the smattering of cases he was involved with or heard about. It's gut-wrenching at times.

As you gain experience, the experience was that of following wishful thinking, going by the book when the patients didn't, finishing each step without a roadmap to the next. So you learn to prepare mentally at least for the bad and the ugly, when to throw away the book and fly by the seat of your pants, and having multiple roadmaps at each step so you're never in uncharted territory.

You trumped McArthur in a WWII vet's mind? Wow!

I don't think you could receive a higher affirmation of a job well done from a patient and what an honor, topped (I am guessing) only by your feeling of satisfaction that you were able to help this high risk patient, giving him a much better quality of life.

Too bad you two and the other patient didn't meet sooner.

Mid eighties and 96 years old? All their risk factors and you pulled them through. Most encouraging.

Thank you very much for this post as it has spoken to me on many levels. It has become another one of my favorites written by you. :)

I'm sure your patients have said this but....thank you for taking the chance that others wouldn't and giving your patients a lot more quality of life.