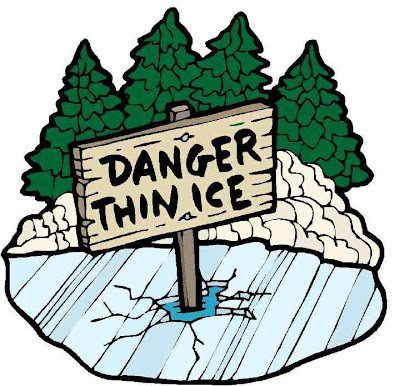 Some would say I was asking for trouble.

In my office practice, on any given day the plurality of patients were women with breast problems. Conservatively, fifteen hundred to two thousand a year. With a receptionist or two out front, in the work area it was only me and my medical assistant. She was a wonder of efficiency (me too!), but had lots to do: scheduling surgery and followup visits, talking to insurance companies, fielding calls from patients. Plus getting patients in and out of rooms. I helped: when necessary, cleaning rooms, bringing patients from the waiting room to the exam rooms, getting them settled and properly attired. There simply was no way Trish would have had time to chaperone while I did breast exams. So, with rare exceptions, I did it alone.

We used to have nice cloth garments: like a mini-poncho, they'd slip over a woman's head and were, I think, comfortable. When it became cheaper to use disposable items (yes, I contributed to trash, too. Were it up to me, I'd have kept the cotton. The clinic overlords demanded otherwise) we had to switch to scratchy paper vests. "Undress from the waist up and put this miserable thing on," I'd tell them, on my way out of the room. "So it opens in front, like a vest." About one out of six, I'd find on re-entry, had put it on backwards. Since the paper wasn't particularly pliable, it was hard to maneuver under them that way, so I'd ask patients to switch them around, while I discreetly turned away. Some didn't care if I turned away or not: "You're going to see it all anyway."

With the rest of their clothing on, and with the vests being large enough to provide good coverage, I think most women felt as if they were still dressed while we talked. They sat on the exam table; I sat in a chair, lower than their eyes. Maybe that helped to get things going in a non-threatening way. Sometimes there were vibes: the bra hadn't been removed; eye contact was lacking; various non-verbal clues. So I'd either ask if they'd like my assistant to be present during the exam, or just invite her in without asking. That happened less than once a month. Mostly, after talking, I'd do the exam. Life being as it is, it amazes me that I never got any complaints, any claims of indiscretion. Mind you, there was none. But there are crazies out there, and we were generally alone.

My standard breast exam was four ways. I'd examine initially while the woman lay down, first with her arms above her head, then by her side. And then I'd have her sit up, and I'd re-examine, again with arms up and then down. While sitting, it was bi-manual; that is, my left hand would elevate the breast, and the right would palpate, like a human mammogram. That maneuver struck me as both intimate and mechanical: intimate because it was unexpected, since most women hadn't been examined that way and may not have know what to make of it; mechanical because it was done in the most matter-of-fact way. It also often led to the most detailed findings.

After any office visit, I dictated the note immediately. For breast exams, I never failed to use the phrase, "She was examined erect and recumbent, arms up and arms down." Our stenographers were headed by a highly, uh, extroverted woman. On the occasions when I'd wander into the steno room -- usually to share a joke or two with the boss lady and catch up on office gossip -- she'd announce, "Ladies, Dr. Schwab is here." At which point they'd stand in unison, throw their arms into the air, whip them to their sides, then sit and do it again.
Posted by Sid Schwab at 7:41 AM

The only person those paper vests are comfortable for is for someone not wearing them. Every woman out there who's ever been examined in one can tell you with certainty that they were designed by a man.

I personally have never had a problem with being undraped for an examination, save for one thing....it gets COLD in there waiting for fifteen minutes in less than full street clothing. I have been tempted to bring a bathrobe next time, to be removed when the doctor gets around to seeing me.

That last bit is hilarious.

We had paper gowns for a while and I insisted we go back to cloth; the paper ones are just too dehumanizing.

BTW, neurologists don't do many breast exams -- we're usually having patients put them on with the opening in the back, thus contributing to the confusion women feel about which way they're supposed to go.

I have never had a nurse in the room for any of my OB or GYN (paps) exams. The 1st OBGYN doc I went to never asked if I wanted anyone (I would have said no) and in the 2nd group, they asked if I wanted a nurse and I always said no. Then it would be TWO people looking! :) Just kidding - when I am with the nurses I enjoy talking with them but when I am with the Docs - I just want to talk with them. I don't want to ask my med questions with an audience even though I know they are probably privy to the info at some point.

I was surprised that for their own protection they didn't have someone in there,even for the pap tests but I like to think that they knew I was the kind of person that they could trust and of course I knew I could trust them too.

My PMD and last fall a surgeon examined my breasts - both never even offered to have some one in there, and again, I would have said no.

My urologists however have all always had a nurse in there - no questions asked. There is usually a procedure going on and she assists them. However, in February, the new urologist I met did have a nurse in there and all he did was examine me internally to help him determine some things about the possible surgery.

I agree with you Dr Schwab - that there are crazies out there and given today's litigious climate the doctor should protect himself.

That said - I really, really hate that doctors have to get so squirrelly about getting sued and I am just grateful for the good and trusting relationships I have been fortunate to have with all of my Docs.

I agree with anonymous - hilarious!

Oh - I have never had a doctor do a breast exam while erect. Does it matter? Is it something only surgeons do? Although, last fall, my surgeon only examined my breast while I was lying down.

I've had a breast exam done by a general surgeon where he had me lie down, with one arm up and one arm down. That's how he found the difficult-to-locate lump that my gynecologist couldn't feel.

I was impressed with the surgeon's skill.

The paper vests aren't as bad as the paper shorts I was subjected to at the orthopods office. They are just the thing a middle aged lady wants to wear for the long waits in the various departments and the long walks between them. ugh.

FWIW, I examine first with the woman sitting up, and I palpate the neck and supraclavicular node areas first before examining the breasts and axillae. Then I ask her to lie down and elevate one arm at a time for a monomanual(?) exam. Some women apparently do not care, but for some, not going straight for the boobies makes it less embarrassing, and my fingers may get a little warmer.

If I were to ever do a breast exam without a female chaperone in the room, it would be even money whether my insurance carrier or my state medical board put me out of business first.

“I have never had a doctor do a breast exam while erect. Does it matter? Is it something only surgeons do?”

I’m sorry, but this made me laugh so hard that I have tears running down my face. (my apologies, SeaSpray, I don't mean to offend you, but this just struck me as funny)

My name is Danni R. and I am the owner/webmaster of MedicalAssistant.net for all medical assistants. As I was surfing the Internet for articles that interest me and my peers, I found your well written blog entry(down to earth, along with humorous injections, LOL).

Indeed, one of the medical assistant's duties is to chaperone during certain types of medical exams. It often means---drop what you are doing, no matter how busy you are at the moment, and spend 5-6 minutes with the doctor and patient during the exam.

I enjoyed reading your article, and feel inspired to write an article on the same subject to be added to the medical assistant website. I believe it is indeed a "hot topic" on thin ice...

It's o.k. anonymous - I am laughing too. Well actually- laughing, cringing,laughing dying here.

Wish I could say I am such a comedian that I planned it but no....while the questions were sincere...obviously not well thought out! :)