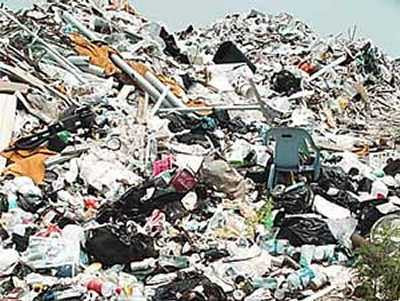 A while back, a reader brought up the environmental impact of surgery, suggesting that it ought to be a consideration when planning an operation. Whereas I don't think that's possible in an individual sense (one can try to use as much re-usable material as possible, but you have to take what's available at the moment), it raises a valid point: operating rooms produce a horrendous amount of trash, much of it non-biodegradable and painfully wasteful. It started, I think, because of medicare madness, insurance insensibility, payor pettiness and egregious economics.

Time was, we re-used a lot of stuff: cloth was cooked, needles were nuked, staplers were sterilized. But as cost-control became a priority and payers were looking for ways to be non-payers, operating room expenses came under close scrutiny. And it came to pass that hospitals couldn't pass expenses related to re-processing materials. They could, however, charge -- including some sort of reasonable (whatever that is) markup -- for single-use materials. The upshot was that it became a money-loser to reuse anything, and a money maker to buy stuff you'd use once and throw away. For all I know, it can be shown to be of economic benefit in some areas: but it's quite amazing to see how many large plastic bags we fill with various paper products, all treated to be flame-proof (cloth didn't need that) with some sort stuff that is unlikely to be good when it soaks into the ground somewhere; plasticized, glue-laden, dye-containing. And that ain't the half of it.

Surgical instruments win the prize. When staplers were first invented (and believe me, they are a boon in many areas) the bulk of the hardware was stainless steel, cleverly engineered to accept a disposable little rack of staples. Keep the big handle, resterilize it, pop in a new small set of staples. The hardware is of many types and shapes, designed to do an array of cutting, connecting, clamping. Ask for a stapler nowadays, and you get a cardboard box containing a plastic box containing a complex instrument of steel and plastic which, in most cases, you fire once and toss in the trash. (Some allow re-insertion of staples for another use during the same operation. But then it's AMF.) Much as I appreciate the technology, it nearly kills me to throw all that stuff away.

In the early days of laparoscopic surgery (wherein the belly is filled with gas and instruments are inserted through little port-holes [called trocars] poked through the abdominal wall), lots of material (particularly the aforementioned trocars) were re-useable. But once again, we now open boxes, plastic, use the pokers and toss them. Same with some of the instruments that are poked.

The good news is that the disposable things we use are of ever-increasing quality; brilliantly designed, allowing us to do things that weren't possible even five years ago. The bad news is that the ethic of conserving resources seems, in the context of the OR, to have gone the way of ether and leather straps. On the other hand, if you're into leather straps and you know someone who works in an OR...

There's a small irony: as payments to hospitals have shifted -- in some cases -- to "global fees" (meaning "here's what we'll pay you for hosting a colon operation: spend it however the hell you like") some have re-discovered conservation. Draping with and wearing cloth, and revisiting reusable instruments happens here and there, once in a while. And although the manufactures don't officially approve, many disposables are perfectly safely being reprocessed as well. It appeals to me.
Posted by Sid Schwab at 6:10 AM

Dr. Schwab,
I think its an great advancement in medicine that everything is disposable. It makes me think of how death rates went way down in childbirth when doctors started washing their hands in the 19th Century.

I remember how much more of a concern infection after surgery seemed to be 25 years ago(notably from a child's point of view)than one year ago. As a patient, being aware of stuff that goes wrong, I feel much better about instruments being new and disposable rather than having been used and sterilized. Its too scarey. If you get a terrible infection there's no amount of money in the world that could make you feel better.

Actually, by far most of the instruments used in surgery are NOT disposable; washed, re-packaged, and re-sterilized. It's just that the stuff that is disposable, which makes up a small percentage of the material used in surgery, makes for a heck of a lot of trash.