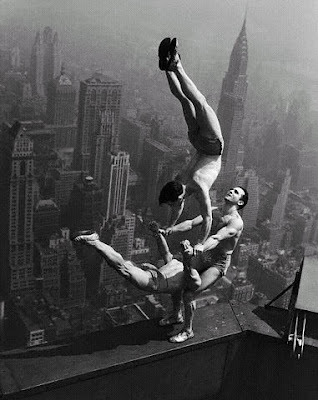 I remember a party my folks had when I was in high school. A couple of their doctor friends were talking -- a general surgeon and an orthopedist -- and the subject was whether, given the choice, they'd like to have more brains or more brawn. At the time, their answers impressed me: surgery was such a physical enterprise, they both agreed, that they'd want more strength, more endurance. Back then, I think I thought "wow, what a tough job." Now, I think "wow, what bullshit!" What makes a good surgeon is judgment. A strong back? Useful, no doubt. Deft hands? Sure. But -- stereotype to the contrary -- surgery is a thinking person's sport, one where thoughts have immediate and profound consequences. In retrospect, maybe those guys were kidding or otherwise off-point. My dad made a mean gin and tonic.

Since I've been writing I've been thinking a lot about the concept of judgment -- surgical in particular, but also medical in general. From where does it derive? Can it be taught? Why do some doctors seem to have good judgment in greater quantities than others? Do bad experiences build judgment more than good ones? If so, do you have to be bad before you can be good? (I'm not real serious about that one, although it brings to mind a study I once read, showing that people who have surgery for colon cancer, and who have post-op infections from leaks ((and who survive!)) have a higher chance of cure than those who don't have such problems; the theory being that somehow infection activates immune response. It made me worry that by being a careful surgeon who didn't have bowel leaks I was doing my patients harm. Where do you go from there?)

Dino and I seem to have developed a friendly (I think it's friendly) tweak-fest on occasion. I imply family docs know a little about a lot, and he suggests surgeons sit around waiting to be handed a diagnosis on a silver-plated (it would be sterling, were it the other way around) platter, then operating thoughtlessly and collecting bigger bucks than deserved. (I'll admit one of his "rules" suggests he may believe otherwise.) Still, there's a perception out there -- not wholly undeserved nor free of self-propagation) that surgery is just about cutting, and then running. I've seen a few for whom that's a fair description. But I think they're very much the exception, at least in the worlds I've inhabited.

As I think about it, one interesting aspect of the process of acquiring judgment (it's always seemed to me that there should be an "e" between the "g" and the "m" in that word, and I really wish there were) is that having a bad experience can adversely affect the process. You know the saying, "once bitten, twice shy." You hear it a lot in operating rooms. During my training I saw a couple of patients who'd been transferred to us after undergoing surgery elsewhere for acute diverticulitis and who'd had horrendous complications. I concluded the decision-making involved in that disease -- when to operate and which operation to do -- must be among the most difficult and danger-laden there is. And, really, sometimes that's true. But in looking back, I think I can make out among the foggy forgotten a couple of times when I dragged my feet unnecessarily, and operations when I may have committed my patient to a temporary colostomy -- taking an unarguably safe route -- when I could have avoided it. Had I not seen those catastrophes during training, my perspective would have been different.

The fact is I never repeated the mistakes of those other surgeons. But did I react too strongly in the other direction? As time went on I came to re-think many of the attitudes I learned in residency -- sometimes because of data presented by others, sometimes after considering my own experience. Still, when it comes down to making a decision, for example looking at an inflamed section of colon and deciding what length to remove, gauging the safety of sewing the ends together instead of bringing them temporarily to the skin, one calls upon all sorts of tangible and intangible things that mysteriously coalesce into what we call judgment. It tended to work out well for me and my patients, yet I'm not sure I understand why. I'll have to write more about it before I do. If ever.
Posted by Sid Schwab at 5:45 AM

Like you said in your last post, "When the risk of not doing surgery is greater than the risk of doing it, we go ahead."
Gauging the risk is your cross to bear, I guess.
I think some docs' reactions to bad outcomes reveals a lot about them.

Dr. Schwab,
I think you did a wonderful job of explaining your work and the impact of your work. For me, being in college courses, when I get a particular answer wrong on an exam is when I never forget it. I think of surgery, and medicine in general (having had good surgeons and not so good surgeons), as an art, and your canvass is alive. Leonardo DiVinci improved from his first creation to his last creation, certainly learning from his mistakes on canvasses that were like life to him. His canvasses didn't breath, but they were that vital to his world and I think it would be wonderful for each patient to experience knowing that they were that much of a work of art to their surgeon. Its both brains and brawn, in equal measure - balance. I've felt like the Mona Lisa, and I've felt like a picture in a dime store. I heal perfectly when I'm the Mona Lisa to my surgeon.

'Judgement' is accepted by many dictionaries.

Dr Schwab,
It's Gail again. I should have also said I had breast cancer in 2008 stage 1, grade 1. I caught it very early. I found it. I lost a lot of weight then - my body seems to be very reactive when something's wrong and I'm very in-tune to my body! I'm from the SF Bay Area but in the past year have moved to a small town in NV. Larger hospitals are not very close.