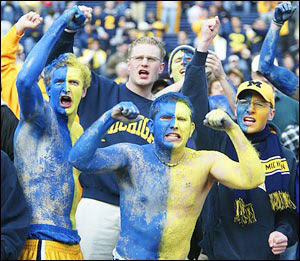 Among life's insignificant but grating annoyances are certain celebrations by athletes when they do whatever it is they were supposed to do. Linebacker sacks the quarterback, gets up and struts around, flexing his muscles, shaking his head, looking to me like an idiot. Guy dunks the basketball over another, gets in his face, prances in front of the audience beating his chest. C'mon man: you didn't just cure cancer. You put a ball in a hole. On the other hand (there's always another hand), I can relate. Some operations become so hard that when they're successfully over, I feel like there ought to be a gallery watching, doing the wave. In fact, I've done a couple of celebrations myself.

I've not hid the fact that I'm sort of an old-timer. Many operations I used to do regularly have all but disappeared. Common duct exploration, poking around in the tube that carries bile from the liver to the gut -- usually to extract a stone that's passed into it from the gallbladder and gotten stuck -- has been co-opted by the gastroenterologists with their scopes. Since the operation can be frustratingly difficult, and because it adds morbidity to what might have been a simple gallbladder operation, most surgeons (I'd guess) aren't all that unhappy to be relieved of the task, and it's mostly a good thing for the patient. But exploring the duct, when successful, is satisfying and beneficial.

It used to go like this: approaching a gallbladder operation (I'm still planning to get around to posting about it) you may or may not know the patient also has duct stones. In the day, we routinely took intra-operative Xrays to be sure, and if stones were seen in the duct, we went about various maneuvers to retrieve them. (The Xray in the link shows an unrelated anatomic abnormality, but it's a nice picture.) Sometimes it's easy as hell: open the duct and the stone floats right out. In the stone age (heh) there were pretty blunt and traumatic instruments available: scoops, spoons, scrapers, which you could bend into various shapes to try to fit them in. Later came scopes: first rigid ones, then flexible ones, allowing the surgeon (theoretically) to see what s/he was doing, and to guide an instrument under direct vision. Sounds good; not always easy, because -- among other things -- the scopes don't fit all the way down the duct. There are also catheters with balloons on the end: pass them beyond the stone (by feel or by luck), blow up the balloon, withdraw the catheter and the stone pops back and out. Or not. It can be frustrating and alarming, particularly in the days before the GI docs and their scopes: inadvertently leaving a stone in a duct could subject a patient to another operation, possibly preceded by getting pretty sick.

And so it was, one day, when I was gamely trying to get a single stone, strongly stuck snickeringly south, out of a smallish duct, that I flailed my way toward imminent failure. As the minutes ticked away, I ran the the entire gamut of instruments and maneuvers. Time was passing with no success, other members of the team were shifting their feet and figuratively looking at their watches, while the nurse manager occasionally stuck her head into the room, wondering when the hell I'd be done, what to tell the surgeon whose following case was on hold till I finished. Then, from somewhere in my badly burning brain there bubbled up a vaguely-remembered tidbit I'd read somewhere: take a red rubber catheter, snip off the small end, trim the big end, stick the small end on a syringe, slide the big end down the duct and when it's far as it'll go (hopefully stuck against the stone), apply suction on the syringe and pull it back. I'd never tried it, and no one in the OR had heard of it. With only some major surgical interventions remaining as options, I tried the trick. And drew back the catheter with a nice yellow stone stuck in its trumpet end. I couldn't help myself: I fist-pumped my way around the OR to the cheers of the assembled staff. Another time, I came this close to spiking a gallbladder on the operating room floor.

Pretty easy more often than not, taking out a gallbladder can sometimes be frighteningly difficult: bleeding from the liver, anatomy distorted by infection and scar tissue, stuck tight to surrounding tissues, just beyond which lies the possibility of causing great harm. It can be sphincter-puckering. It was after completing one such removal that I held the gallbladder over my head, swung my arm rapidly toward the floor, stopping in time daintily to drop the organ into the waiting pan on the back table. I'm pretty sure if I'd yielded to temptation, I'd have been in big trouble. Plus, I doubt a gallbladder would bounce. Wish I were a football-player.
Posted by Sid Schwab at 9:10 AM

No one ever doubted that you are da man!

Start thinking about your 2/27 GR submission. You certainly have plenty to choose from; or will you write me a new one? (see my sidebar.)

Don't laugh, but sometimes I get a thrill out of successfully completing a mundane task such as a difficult venipuncture or urine straight-cath. (And I know it sounds stupid---but sometimes a nurse, too, wants to say "Tah-Dah!" and hold the vacutainer or urine specimen aloft while doing the funky chicken in the end zone...)

And med students regularly expect surgeons (or nurses) to do a little trumpet-blowing, actually. Seeing as how it ALL looks very impressive from our end :)

I agree with bohemian road nurse... it's those little venipuncture victories and such that make us say "Yes! That is why I love my job." And your writing talent and astounding alliterative ability are what make me love your blog.

I suspect that gallbladders don't bounce but I know that spleens do. A surgeon noted for his lack of anger management skills, accidentally poked a hole in the spleen during a left colon resection. He deftly clamped the splenic pedicle and without raising his eyes from the operative field, heaved the offending organ towards the wall.

I doubt he was ever counselled about the incident since it was 1973.