Revelation (or, Why Surgeons Shouldn't Think) 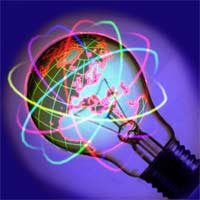 Let's see if I can explain something I no longer understand. I'll preface by saying there are about three things I recall from studying neurosciences in med school. First, one neuroanatomist could draw perfect slices of the brain using both hands at once, holding more than one colored chalk in each. Second, studying I-don't-remember-what, a patient was presented who'd had a stroke which left him with a sort of aphasia. The professor held up some keys and asked the man what they were. The man said, "well, you know, you open doors...." "What's it called?" the professor asked. "It's, uh, it's what you use to start the car... It's..." Finally, after the same sort of back and forth, the prof tossed the keys to the man. As soon as he caught them, he said "Keys!" The story has no relevance to this post: it's just that it made an impression. It's the third vaguely remembered -- and no longer understood -- concept that I want to mention, because at the time it was a sort of metaphysical (and decidedly non-surgical) revelation.

Our brains, of course, are all about electricity: neurons connected in myriad ways to others, firing off little charges rolling down their axons and affecting whatever they're connected to in energetic little ways. (Making sense so far? It's the best I can do.) Simply put, what's involved is pumping ions across the membranes of the nerve cells, and maintaining different concentrations of those ions inside the cell, compared to the outside. When the permeability of the membrane is altered to allow a flow of ions across it, that flow is the firing of the nerve, resulting in the release of chemicals ("neurotransmitters") at the end of the nerve cell, which then affect the membrane permeability of those cells to which it's attached. So. You have zillions of interconnected cells, each having an influence on the membrane permeability of others, adding to or subtracting from it. Imagine holding hands with people on each side of you. And say that if your right hand is squeezed to a certain pressure, you'll yelp and squeeze your other partner with your left hand. Further imagine several people squeezing your right hand, and a few more massaging it to make it feel better. Getting to the point of yelping and squeezing your left amounts to the additive and subtractive sums of all those other people who are hanging on to your right. That, multiplied by a few trillion, is what's going on in our heads. Modifying cell membranes are all the sensations we own: our skin has a gazillion receptor nerves, responding to temperature, touch, moisture, etc. Our ears, eyes, noses are sending little packages of ion-flow altering messages to cells all over our brains, which are doing the same to others. At some level, all our thoughts and actions have correlations in electrical brain activity.

Oh wow, it occurred to me one day in a stuffy lecture hall: it's all connected. Everything going on in my brain is affected by everything going on around me. Were the room temperature different, the electrical milieu would be different. Likewise if the guy three people down weren't whispering to his neighbor, if there weren't a plane flying overhead, if someone was wearing different perfume, if the walls were red. What would I be thinking if the person in front of me had on a different shirt? And, of course, the ambient temperature is a result of the weather, the people in the room, the building -- what happened yesterday affects that as well. On and on it goes, to the proverbial butterfly beating its wings. Not to mention some person on the other side of the planet laughing or shooting a gun. The cosmic rays, the gravity of the sun. The book I read yesterday. George Washington sneezing in 1776. And, by golly, just imagine the warmth in which your brain would be bathing if you weren't reading this.
Posted by Sid Schwab at 5:31 AM

Labels: brain activity, membrane potential, neurons, we are the world

Hmm. Memo to Sid: don't send your frontal lobes on vacation without you. It's their job to filter these things out.

BTW, that seemed more like an anomia or visual agnosia you were describing about the keys. Not exactly an aphasia.

mind boggling how you can zoom out from the cell membrane/ion stuff to human thought. it's incomprehensible like black holes and string theory, but just as elegant.

I especially liked your post. I told my trauma surgeon that one of the first memories I had when I woke up from my coma was of my neurosurgeon and him, standing in the doorway of my room. I actually remember the electricity in that moment, it was as if the air itself stood still in admiration of these men. Having just woken up from a coma and maybe still being in between life and death a little, the electricity in the room seemed to bow to their feet. Thank you for the interesting and fun way you explained electric brain activity!

That's why a real surgeon can get into the lesser sac blindfolded.

That drawing on the board with both hands at the same times must have been a thing with old time anatomy teachers.My anatomy professor regularly wowed us with that technique.

Dr. S.,
Wow. I really enjoyed this post. I see the connectedness of things every day and it always amazes me. People call them coincidences sometimes, but I just call it connectedness. To paraphrase a writer (who I can't remember), In seeing the connectedness of things we learn. That connectedness is the relationship between and among things.
I find myself thinking such "what if" scenarios as you have mentioned in your post.
Very cool.
And the idea of the hand holding as a way of demonstrating how the neurons are connected is a great one I plan to use in my next presentation about MS (if you don't mind).
Shauna

Excellent post! Dr. P says that it's your frontal lobes job to filter out that sort of thing, however, the ambiance that is associated with any given moment is something we seem to "remember" on a deeper level than the more solid "event" memories from the same place and time.

Lighting, smells (particularly smells,) background sounds ... have the power to send us back in time, or to another place, with memories that our bodies and senses remember more than we do.

The one thing that has always made me go "hmmm" is, do we each see colors the same way? What I see is blue, you also see as blue, but, if we were to look through each other's eyes, would the color look the same? Imagine what the world might look like through someone else's eyes...

Nice post! Speaking as someone who does not possess a medical background, the complexity of the human brain makes it difficult to determine how much freedom human beings have over any given thought. Presumably, they could theoretically consciously shift the chemical balance in their brains and thereby...I would daresay that (judging from your post) one could apply chaos theory to describe the brain's functions.

With that said (and probably showing my ignorance), I wonder if consciousness can be compared to an energy field. It arises (seemingly spontaneously) when certain elements are in place and a the same time does not possess an ordered pattern or causal structure. However, it still depends on the proper functioning of numerous areas of the brain. So, while one cannot descry what part brain section A plays in contributing to the existence of consciousness (and its contribution may vary from moment to moment), consciousness absolutely depends on a properly functioning brain section A.

Again, that is an off the cuff statement, I would have to research "consciousness," as I don't know much about the topic.