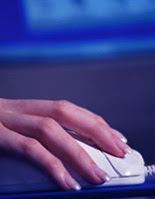 Google has changed healthcare delivery. Once a rarity, it's now common that patients sitting across from their doctors are primed with lots of information, largely downloaded. Medicine is not unique in this, nor is it a bad thing: if you take the time to find out dealer invoice before your automobile purchase, surely you ought to inform yourself about your gallbladder. A good doctor considers it an essential part of the relationship fully to inform a patient, whatever the subject. Eschewing the cookbook pre-packaged booklets available for most surgical problems, I wrote my own, developed a few handy visual aids, and spent as much time as it took to educate those entrusting to me their care. In general, I liked it when they came to me already well-informed. Well-informed. It won't come as a surprise, however, to learn that many had filled their heads with crap.

The internet, while a most remarkable source of information on every imaginable subject (and some I could never have imagined), is also an equal-opportunity fount of bullshit. Debunkery is not my mission here: others (notably Orac, who regularly and brilliantly [and respectfully!] skewers medical mendacity) do it much better than I ever could. My point is that as much as I want to inform and educate and answer all questions, it's more than irritating to have to admire a jar of stool proudly produced to show the "dissolved gallstones" resulting from a snake-oil recipe googled and then gobbled. Knowledge, as they say, is power. Misinformation kills. Failing that, it annoys.

I still haven't gotten around to posting on the subject of the gallbladder, the surgeon's best friend. I will, I will. In the interim, I can report that whereas taking lemon juice and vegetable oil, along with some herbal flavorings, can produce some sort of curdled mess that becomes indigestible enough to burble out the backside in lovely little lumps (say it out loud: it's fun), it does not a damn thing to stones in the gallbladder. I guess there's no real solution to the problem of disreputable downloads: at least they're asking me about it, as opposed to going off on their own. On the other hand, I'm not seeing the ones I'm not seeing.

In that most non-existent "best of all worlds," doctors would be entirely worthy of trust, and trusted. How nice it would be if medicine had all the answers, I knew them, and perfectly shared them. How excellent if people could happily, confidently, and realistically leave everything to their doctors, could feel they needn't arm themselves with data before the consultation. They can't, of course; and shouldn't. You'll never hear me argue that doctors have god-like omniscience, or that patients should just shut up and take what we dish out. I'm well aware of doctors who are poor communicators, and/or who (amazingly enough, in this modern world) still take a very condescending view of patients and their need for information. And yet, one wonders: is there a limit, an end-point? When does patient advocacy become an impediment to the necessary rapport between doctor and patient? How much information is too damn much? Unsurprisingly, I don't have the answers. I do, of course, have opinions. Feelings. That's the kind of guy I am.

At the extreme, I've had patients bring "advocates" to the office. Steely-jawed, humorless, with an "I've got your number, buster" look and an ostentatious finality, they've produced tape-recorders and planted them on my desk. "Now just try to bullshit us, you self-satisfied doctor, you. You establishment dick. We know about guys like you, and you're not getting away with it..." Or so it seemed. I'm a garrulous person, but that's sort of a show-stopper. I've also seen the glazed look of information overload, at a time when it's least welcome. Breast cancer is the prime paradigm, applicable as an example in both of the preceding situations.

"If your surgeon recommends mastectomy," it's been said, "find another surgeon." "No woman ever again needs to lose her breast," has been written and read, widely. And it's absolutely untrue. But tell the woman who has extensive high-grade DCIS that she ought to have mastectomy, and you might see her get up and leave. (Not really, in my experience. But it takes a long time to explain why what she'd heard is, in this fairly uncommon situation, wrong. Having watched her initially recoil at the information.) Conversely, try to enumerate all the options of primary treatment in the usual circumstances; explain the role of radiation and chemotherapy, and the types of each; the kinds of lymph node procedures, the different forms of mastectomy. List all the options for reconstruction, starting with immediate versus delayed, and get into the operative choices once that decision is made. As you watch the mind sizzle, you want nothing more than to say "here's what I think you should do, and here's why." In fact, it's not rare to be asked to do just that. Choice, it turns out, and abundant information can be -- for some people -- more than they want to handle.

I've always thought it a cop-out for a doctor to give a patient a list of options and then mutely leave the decision to her/him. Part of our job, I think, is to say what we think should happen, and to explain exactly why, yet to do it in such a way, when there are several options, that doesn't close the door to patient preference. Instinct sometimes tells me that this person or that needs more, or less, information. This person wants direction; that one doesn't. It's a subtle and somewhat mystifying thing: how different the relationship can be. But this part isn't mysterious: when there's a tape-recorder whirring on my desk, I'm highly inclined to do the list thing, and say, "let me know if you need more information, or if there are other ways I can help you with your decision.... Next."


Addendum/Update: I suppose I should clarify. This isn't really about the wisdom recording your doctor visit. I understand the desire to do so in order to remember what was said, and when I've had patients ask if it was ok, I always said yes. Likely I'd also mention I'd be giving them self-written booklets that would serve the purpose as well. In the cases I mentioned above, it was an in-your-face I-don't-trust-a-thing-you're-about-to-say encounter, initiated not by the patient but by a gun-slinging sidekick. Different animal.
Posted by Sid Schwab at 8:30 AM

LOL! Ok, ok, so I had to chuckle at this post. Though I have never taped a conversation between my doc and I, I have thought about it. Back in the day when I was a rookie patient, I was notorious for leaving the office and having no idea what the doc just said or why. It was the deer in headlights effect. I get why people do it, but I think it can be demeaning, I mean, I would not want someone doing to that to me if I was the doc. On the flip side, I love that my surgeon and I email. It helps me to have time to sit down and think things though, exactly what I want to say and how to say it so that he knows my condition. It's also a useful tool to email photographs on incisions, lessions, or whatever, so you know if there is something to worry about or it's nothing. It's also great for me to keep his responses so I can refer back to them. I also think it's important to note that as patients do research on the internet, they should use caution and not belive all that they read and to really verify the source of the information.

LOL I promise, when I do the advocate thing, I only take notes and NICELY ask questions. I take great pains - GREAT pains - to be patient and kind but I am thorough. I think anyway. I hope.

Thanks for the laugh with this post. I read Dr. Charles religiously and completely understand that doctors are people too. Can't promise I'll do very well remembering that in coming days and weeks but I'm trying.

Something I've noticed lately is that the doctors to both myself and my husband (different ones) have taken to saying you have A, go home and look it up on the Internet.
Just this past week my husband's dermatologist told him that his latest problems were eruptive seborrhoeic dermatosis, do this and look it up. Dr X knows him quite well as he has treated him for a malignant melanoma and a basal cell skin cancer in the past year.
It's true that he's a retired chemistry professor and I'm a retired hospital pharmacist so we both know where to search for reliable medical information. I guess it saves time explaining it to us and they know we do it anyway.
Interesting post jmb

Regarding the "snake-oil" cures-I wonder why so many patients quickley and some what proudly, shell out CASH for miracle cures; but complain about copays and deductibles!!

I've always been amazed by the willingness of some patients (and their families) to distrust what their doctors tell them (not always a bad idea) and yet be perfectly willing to believe what is posted on some anonymous website (often a bad idea).

That said, I encourage my patients to look things up on the internet if they are so inclined. I feel ultimately I can correct any misperceptions they pick up, but they're more likely to think of all the questions they need to ask before committing to surgery.