Of Flames and Flamers 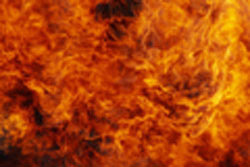 I suppose I should be happy that I've been around long enough to have been noticed. A couple of highly flaming comments have finally appeared on my blog, which has forced me to consider the concept of deletion. (This post, brief as I hope it to be, violates one of Dino's admonitions of not blogging about blogging.) My first instinct is to think that I should let people say whatever they want, and in general that's what I believe. On the other hand, it's my blog, and guess I can do what I please. People don't have to read it if they don't like it. So I have now officially deleted three comments: the first, a long time ago, was because someone attacked personally another commenter. The next two were today: one was a quite personal attack on me, based, as far as I can tell, on a comment I'd left a while back on a post on another blog and having no relevance whatever to anything I've ever said on this blog. [Appended note to that person if he happens to read this: I found the original thread on the other blog, and left a comment there, in response to yours. It seems the more appropriate venue.] The commenter evidently couldn't see, from his side of the screen, the tongue in my cheek. The other (posted the same day on another of my posts, so, for all I know, by the same person) was also a very nasty one that had likewise missed (or disapproved of) another attempt at humor. I know I will not always hit the mark in trying to be funny. And I love reading comments that see things differently from me, or have a different take on what I've said. I believe in constructive argument; and I'm more than aware that my opinions don't represent some sort of ultimate truth; nor is my writing above reproach. (Most of all, of course, is this: it's not as if anything I say or don't say, or do or don't do on this blog has any significance in the larger order of things. Let's solve energy independence and global warming before we get too excited about my blog.) I've left on this blog more than a few negative (or disagreeable/disagreeing) comments, and will certainly continue to do so: I like to read what people think. But if you want to attack me personally or if you choose to get so far off point as to approach the undecipherable -- and do so excessively nastily -- you should do it on your own blog. And if you do, I'd love to know, so I can come over there and defend myself. Over here, depending on tone, my mood, and how long it's been since I've eaten, the really nasty stuff will self-destruct. Thank you. And merry blogging, one and all.
Posted by Sid Schwab at 9:06 AM

Dentists have no sense of humor. :)

Beauty is in the eye of blogholder. Give a blog reader a match and expect a flame. One man's blog is another man's hog. Warning - this blog is a fire hazard. Please store at room temperature only. Fireman sam will save the day.

to the anonymous commenter I just (yet again) deleted: in no longer reading my blog, and in not purchasing my book, you join at least eight billion others on this planet. Still, you'll be missed.

Dr. Schwab, Piss on these people who can only come to flame someone.

My patience is ruuning short with people who try to dictate to others what they can and cannot post on their own blogs. I haven't looked yet to see what you deleted, but Im hoping it wasn't your Christmas post. It was the best I read all season.

I may not always agree with something someone says, and sometimes I try to find out why they think the way they do. I certainly hope Im never mean, nasty or deliberately hateful about it.

To hell with those who do that. I don't think you should delete any of your posts. You can just get their IP numbers and delete them.

Thanks, Cathy. Actually, I just deleted a couple of comments, not any of my posts (and I just corrected my mis-statement in the above post.) I don't know how to delete a particular IP address. Sounds like a useful bit of knowledge

Good heavens! Someone flamed you Sid? I confess I never noticed. Now how could anyone hold anything against you, you dear old coot, you.

Thanks for the link, though as I said (in the post you mentioned, as it happens) those are only my rules for myself. You -- and everyone else -- are welcome to discuss whatever you like, including blogging.

I have to say, when I read the comment from the dentist, I was in awe for many reasons. Mainly because if the person took the time to read your book, and think things through without spouting off with the mouth, he or she would have realized a few things, mainly , how bad they stuck their foot in the mouth and how clueless they really are.

I'm with you. It's your blog and you can do what you want when it comes to deleting comments. It amazes me when people can't absorb a tongue in cheek remark in writing. Takes all kinds.

Did you all take the time to read the blog where the initial comment was posted?

Even if the response was intended to be humorous, nothing else in the thread indicated Dr. Schwab's character, so it is reasonable to expect some feedback.

This really comes down to professionalism. We could talk all day about sense of humor, but when it comes down to it, some comments are simply unprofessional even if they were meant to be playful.

And what Dr. Schwab mentioned earlier, that this reveals a certain lesson. I couldn't agree more. Unless you caution your audience, a little joke can be extremely offensive (to some). Personally, I wouldn't want to be judged by my sense of humor, especially if it aggravated the jury.

When I first started getting derogatory or offensive comments I reassured myself that I was just taking some of the heat off bloggers like the now discontinued (but highly recommended) "Medical Mad House". Some of the comments he received were unbelievably insulting.

I've never worked out why some blog readers not only read blogs that inflame them but respond to them - often in a repeated fashion.

Maybe I'm wrong, but it's not a response I'd usually have to something that annoys me. Surely you'd just (figuratively) shrug and walk away shaking your head? Why engage? What's the benefit?

Perhaps I've just got comparatively short attention span and a greater tendency to dismiss that which I dislike. Hmm. Oh well.

I've deleted a couple of comments in my time. I figure that a comment that says "you are a &%$#!" or describes a desire to perform various non-consensual sexual acts with me doesn't have a place on my blog. And it is MY blog. Just as your blog is yours.

At some point you might be advised not to blog about the flaming commenters, because it draws attention to them or shows that you're thinking about them more than they deserve.

I think it's fine to blog about it. There are rules that govern human interaction; if it's your blog you have every right to choose to set them.