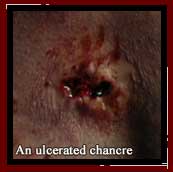 There. That ought to get a few new viewers. And here's a warning: grossness follows.

Medically speaking, my time in Thailand was boring. There were no attacks, no casualties of the sort I'd seen in Vietnam. Since guys weren't scared all the time, there was much less of the depression and jitters amongst the troops. We did get an occasional cobra bite, which could be exciting. The flying I did was also not as much fun: in Vietnam I mostly flew with a squadron of spy planes, low and slow. There were creepy guys in the back doing things I didn't have clearance to know about; but the flying was uninteresting to the pilots, so they were glad to turn the controls over to me. "Roger, rollout one-five-zero," I'd say, as I followed directions from the back. "Roger, climb to flight level eight thousand." Cool hardly describes what I was. Us pilots: shit-hot as we liked to say.

In Thailand, I flew on tankers. Converted Boeing 707s, flying gas tanks, militarily known as a KC-135. I did occasionally get to fly the things, but they were more complicated than the old Gooney Birds of Danang, and I was just kidding myself. Aware of the potential consequences of a gas tank with wings meeting a missile with fangs, I tried to sign on to missions well into the south.

Wrong information got me all the way to Haiphong harbor by Hanoi once, and when I heard the copilot call out "Bandits approaching 6 O'clock," I reached for my survival vest. (That's a story in itself: it contained such things as a hacksaw in a rubber casing, for insertion into one's rectum. It had a beautiful silk cloth with an American flag and a paragraph in sixteen local languages, saying "I am an American citizen. Misfortune has befallen me. ["misfortune." "befallen." Who wrote that stuff?] My government will reward you if you take me to safety." A six-shot .38 pistol was included. Those hot shot pilots, they added a bandoleer containing a couple hundred rounds. Me, I figured if I went down, I'd only need one.)

Once, I got to control the fuel nozzle. From the back of the plane protrudes a long maneuverable hose. It has little wings on it, and by manipulating controls you can make it move up, down, left, right. Lying on your belly, facing backwards and looking out a small window, wearing headphones so you knew when to expect them, your eyes would pop as a group of F-4 fighter planes would swing into view, in formation, just yards from the back of the tanker. One by one they'd fly into position, close enough that you could easily see the pilot, like he was across the dinner table from you. And you'd manipulate the nozzle -- sort of a team effort: you'd move it around a bit as the fighter jock nudged his way into it, and the nozzle would find its way into a receptacle on the nose of the plane. Then we'd fly together like dragonflies do, while I transferred fuel to the fighter.

The one time I did it, the pilot smiled at me (nice blue eyes) and held up a photograph. It showed a particular sex act that one might associate with the feat we'd just accomplished. Prodigious equipment.

Which gets me to the meat, as it were, of the post. Routine in most ways, my medical experience in Thailand was an occasional lesson in tropical medicine; in particular, venereal diseases of which I'd only heard most vaguely in medical school: syphillis, lymphogranuloma venereum, chancroid, and, of course the clap (gonorrhea.) We did see some malaria and plague. But today we're talking crotch. And hygiene, or the lack thereof.

"Hey doc, you treated me a month ago for the clap, and now it's back," he said. "So what do you have," I asked the airman, "the drip, or the burning, or what?" (Those of you who read my book have heard this one.) "The drip," he says. "OK, let's have a look." So he drops his pants to reveal a green stain of pus on his underwear, the size of a salad plate. "Wow," I say. "That's some drip!" "Yeah," he grin/grimaces. "And that's just since Thursday." It was Tuesday.

"Congratulations. You've got the clap," I tell another. "Why the hell don't you guys wear a rubber like I warned you?" I ask. (I'd descended into lecturing all newcomers about VD.) "I did, Doc. I really did." "Did you use it every time?" I ask. "Damn right, doc. Second time I just turned it inside out and used it again." And of course, every day ad nauseum I heard, "Shit doc, you wouldn't take a shower with a raincoat on, would ya?"

There was a persisting rumor about "The Black Clap," a variety so virulent and so resistant to treatment that anyone who got it was spirited away to an island off the coast, never to be heard of again. "Is it true, doc?" "Nah," I'd say. "I've been to the island, and you got nothing to worry about."

For some reason, it fell to the Flight Surgeon's office to control the spread of VD; that included, among other things, making inspections of all the bars and their "staff." Once a week we'd make the rounds, nurses doing pelvic exams and testing for gonorrhea. To whom that ever made sense I was never made aware. I was not among them. We were, of course, offered various incentives to certify the ladies. Despite our efforts -- pathetic as they were -- the attack rate for the GIs who partook was around 90% if they didn't use condoms, and still above 30% if they did: not surprising, given the above examples...

So I did a little experiment with my staff of medics, who were not inclined toward abstinence. I gave them little tubes of neomycin ointment. "You didn't hear it from me," I said as I passed the little saviors out. "But you might want to see what happens if you take a leak and then squirt some of this up your urethra right after sex." "Doc, you're a genius," I heard more than once. In around seventy-five "exposures," there wasn't a single case of the clap. Of course I was loathe to write it up, and never did. And, in retrospect, I was damn lucky none got a contact reaction to the stuff: such things are not unheard of, and in the urethra, one can only imagine what might happen. So don't try it yourself, and don't tell anyone what I did.

I can't imagine neomycin doing any more harm to the urethra than your average STD...

thumbtacks, off label neomycin application...you are ever the innovator!
another good post, I laughed.

So when's the next book coming out?

Dr. Schwab, will there be a new book? BTW, I added you to my links. If that is not ok please let me know.

Very clever! Why isn't all of that in your book?!

On my deployment of battalion Landing Team of Marines and Sailors to many stops in the orient in the late 90's my STD rate went down from our SoCal garrison rate.

I think AIDS changed some thinking, even of the bullet-proof young male.

The soldier holding up the photo had me laughing out loud. Great entry! I'd ask more about the hacksaw, but I don't think I wanna know.

Perhaps the prevention came from urinating and flushing the little critters out.