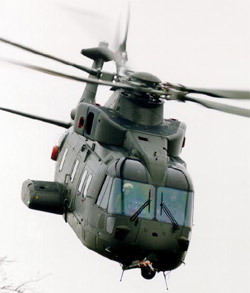 Beach blogging is harder than I thought: prying surgical stories out of my surf-soaked brain ain't easy. Here comes the best I could do, taking a circuitous route from the sands of the Oregon coast to the gentle breakers of China Beach, in Danang, Vietnam, and then beyond. A major difference between Cannon Beach and China Beach is that at the moment there aren't helicopters patrolling the beach, gunners dangling their feet out the doors, making it safe for us to swim. Plus this water is way too cold to attract me. And there are no Army nurses peeling off their camos to get to their bikinis. Attention span shortened as it is by the lure of walking on the beach, I might have to tell these stories bit by bit.

I got drafted during Vietnam war, at the end of my surgical internship. After three months in San Antonio learning to be a flight surgeon, and a brief stop in the Philippines to take a course in jungle survival and escape and evasion, I found myself in Danang, near the northern end of South Vietnam, just below the ironically named Demilitarized Zone. Danang was otherwise known as Rocket City, and it wasn't because it was where rockets were made or fired. It was where they landed, pretty much every night.

I was at the Air Force base. The big army hospital was across town; may as well have been across a canyon, because driving there was unsafe. We choppered the injured or the really sick to the hospital. On our side of the chasm, we had a clinic with a few inpatient beds. Compared to the grunts, I had it pretty easy. I never slogged through a jungle or slept in a foxhole. I never fired a gun except in training. Arcing up toward me on many a night flight as we took off and landed on surveillance missions, I often saw tracer bullets come close but none made a dent. The rockets, well, they tended to make life a little uncertain, and constantly reminded us that we weren't in Kansas. Like the ones you've been hearing about in the Middle East, they really weren't aimed precisely. In fact, it was said they often were launched from makeshift bamboo cradles. (Typically, in our daily security briefing, we'd be told how many to expect that night: eight, a dozen, sixteen. They saw them being assembled; couldn't go into the villages where they were without permission of the village chief, who'd be killed by the Viet Cong if he gave it. "Friendly villages" they'd been designated.) But they always landed somewhere on base, in clusters. You could hear the whoompf somewhere in the distance, and then several more, one at a time, a few seconds apart, seeming to walk their way closer and closer. The nearby landings were more of a crack -- like close lightning -- than a whoompf. Injuries were random. We thought the rockets were mostly aimed at the flight line, toward the planes. As opposed to the rest of the doctors and nurses, who lived in the center of the base, I lived with the pilots, alongside the airstrip, so we got more than our share. We counted on and took comfort in the odds: lots of acreage, only a few rockets.

As a flight surgeon I was required to log a certain amount of flying time, which is why I was on those missions I mentioned (more in another post?). Otherwise, during the day I was mostly office-bound. "Doc, I can't take it any more" was a common complaint. So were drug problems: detoxing guys who found the practically pure heroin over there more than they'd been used to. Saw a few cases of bubonic plague, believe it or not. (Rats. Plenty of them.) Syphilis. Cerebral malaria, hepatitis, granuloma inguinale. I also gave intake lectures to the newly arrived about snake bites. Cobras, I'd tell them, contrary to popular belief, can't lunge very far; only one third of their total length. 'Course some of them are eighteen feet long...

Being closest to the clinic, when the nighttime rockets began landing, I had to run a few hundred yards to the clinic, ready to receive victims. My sleep pattern was not unlike that of my internship: somnus interruptus. As I ran, ridiculously useless helmet flittering around my head, somewhat more functional flak jacket on my torso, I'd usually see Cobra helicopters firing into the jungle. Sixty rounds a second, many of them tracers, making like a spotlight. Who the hell am I and what am I doing here, I'd think. But I kept running.

On one occasion, I saw four guys nearly stuporous with barely receding fear: a rocket had crashed through the ceiling of their hootch, pronging through the card table at which they were playing poker, drilling itself into the floor without exploding. Guess they all held winning hands that time. And I think they needed a laundry more than they needed me. On another night a rocket hit my barracks, and that one didn't misfire. I was asleep at the time, and wound up in a heap on the floor. I awoke to yelling and screaming....
Posted by Sid Schwab at 8:08 AM

Dr. Schwab, that was one thing in the first section of your book, that I wish you'd covered more completely - your time in the service.

This post was fascinating because it filled out some of what I wondered about as I was reading your book.

Unfortunately for me, however, you ended this post exactly where a great part of my questions began ... *cough*

I hope that means there's more to come? ;o)

I agree. I love Doc's stories. The only thing that would make him cooler than he already is is if he went around kicking bad guy ass and fighting corruption like Quincy or Coburn in the Carey Treatment.

Reminds me of my father. he was drafted for vietnam but ended up in thailand. As a physician in a non combat zone he generally delivered more babies of prostitutes then anything else(they would wander onto the base). He did , however, learn Thai and would travel to villages and treat the villagers. HE eventually returned to the US finished residency and became an oncologist.