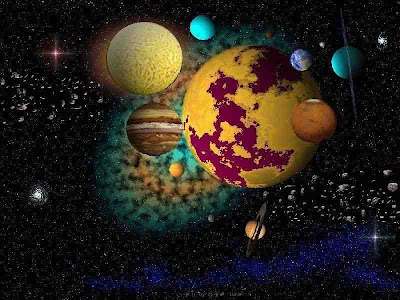 Careful readers of this blog, those attuned to subtlety, may have sensed an occasional tendency to dip a toe, if ever so carefully, into political waters. My opinions, shrouded as they have been in gentle deference, may not have even been recognizable as such. Generally shy, and of the belief that I have no right to impose my thoughts on others, it will surely be agreed that I've never said anything unkind or provocative about politicians with whom I disagree.

I may have to speak up.

I begin with a question, a simple request for factual input: WHAT PLANET IS JOHN MCCAIN LIVING ON? HOW MUCH EFFLUVIUM OF BULLSHIT CAN ONE MAN SPEW BEFORE CHOKING ON IT? DOES HE REALLY THINK EVERYONE IS STUPID, OR IS IT JUST HIM???

Long have I admired politicians across the political spectrum for their ability to say one thing and do another, evidently free of embarrassment. It matters only which party is in power: complain about the other party's tactics until the power is reversed, then do exactly what it is you've been decrying. Without shame, without a second thought, without the need even to mumble something like, well, I realize I used to say "A" and now I'm saying "Z," but...

A pox on both parties. I'm partisan, but not above realizing that at the national level they're all a bunch of bullshitters. Still. It seems there must be some sort of line beyond which people couldn't cross without a grain of self-awareness pulling them back. Y'know: a point where it's so obvious they'd be unable to keep going, throat constricting involuntarily, words so ridiculous they'd be unutterable. Not so, evidently, with John McPOW.

So we have the spectacle, this week, of the economic meltdown. (Let's ignore the previously most obvious fact that everything he's been saying about Sarah Bush-in-Lipstick Palin has been proven false while he and she continue to say them). In response to the crisis, Barack Obama got together with several real heavyweight people -- past chairman of the Fed, previous Treasury Secretary, most successful investor on the planet, several others -- and calmly (okay not entirely without a political jab or two) presented a summary of reasons behind the crisis, and an approach to dealing with it. Called for bipartisan cooperation. John McNuts, on the other hand, got up and.... blamed the whole thing on Obama!!! He -- mister point man of the Keating Five -- claimed it was Obama who somehow represented everything that was wrong in Congress. His entire response was political attack, and at that, one entirely ungrounded in fact. Repeating, umpteenth, that Harold Raines is Obama's main economic advisor, among other demonstrably false notions. Disproven. No matter. John McCain, who's been in Congress since before the Constitution was written, whose actual economic advisor personally dismantled the regulations that were there to prevent such things as have happened, whose most visible (until a couple of days ago) surrogate on the economy was the CEO of HP who was fired after killing its market value but who nevertheless got a thirty million dollar severance package -- this guy actually stood up and said everything that has happened is entirely the fault of Barack Obama.

I know some conservatives. Even like some of them. Many are educated and thoughtful people: honest, generous (up to a point). So I'm quite sure that when the lights are off, bathed only in the holy light from their shrine to Ronald Reagan, some of them are cringing. He's lost it, they must think (in fact, before he was nominated, most of them thought he never had it.) Politicians distort, obfuscate, ignore facts. But really. McBush and Palin have crossed that line by so much that they're entirely untethered to Earth. Don't they even care? Evidently not. Nor, it seems, do their supporters, waving lipsticks in the air like lighters at a Dead concert.

I read a couple of articles recently that have helped me to understand. Here's one. It's touching. The other, if it's repeatable and accurate, really gets to the nub of the matter. Read it, and decide for yourself.
Posted by Sid Schwab at 9:13 AM