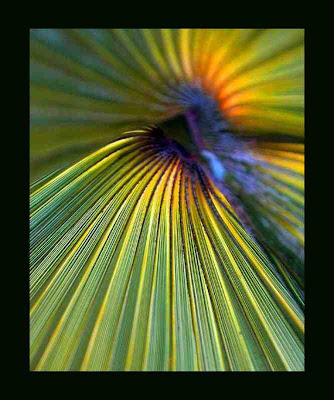 Eight years ago, we elected as president the short-term governor of an oil state, unschooled and uninterested in foreign policy; a denier of evolution; a doubter of man's role in global warming; a believer that homosexuals are sinners who deserve unequal rights; a person who needed others to tell him what to think and do; a scoffer at opponents, a fomenter of cultural wars, a hater of freedom of the press, a stone-waller of investigations. That person misled us into and mismanaged a war, changed an economy of balanced budget and enormous job-creation into one of crushing debt and crashing markets. Eight years later, John McCain put lipstick on him and made him his vice-president.
Neither convention was a paragon. Bloviation abounded aplenty. But from only one did you hear a steady stream of mockery, derision, and hatred. Only one party paraded to the podium a panel of promulgators of profound and protracted putrefaction. Into the old pocket of political hypocrisy they reached, drawing out a hand dripping with the usual tropes of "elitism," media-bashing, demonizing of the other party.
And it's working.
The nation, evidently, is gaga over a person with absolutely no excuse to be President other than a story. And a phony one at that: no rejector of earmarks, she; no turner-away from vindictiveness, no believer in library books. But it doesn't matter. She's perfect, because... because.... why, exactly?
John McCain is a war hero. Funny thing about war heroes. The ones I know don't talk about it. They don't say they don't talk about it while talking about it. In fact, most don't consider themselves heroes, even the ones that behaved heroically, by risking their lives to save others. Some that are called heroes did no more than survive, sometimes saying and doing things they now regret, in order to survive. Maybe some of those feel so bad about it they need to show themselves how really tough they are, for the rest of their lives. Guess what? They don't need to. Any of us would have done the same, if we'd made it through.
Says John McCain's campaign manager: this election isn't about issues. Isn't about issues. When we are drowning in debt, might soon be drowning in sea water. When we need to find an alternative to fossil fuels; when we are fighting at least two wars and fomenting a return of the Cold War. As terrorism flames around the world, and our plan is to pour gas on the fire. When our nation is falling behind the rest of the world in education, invention, resolve. Isn't about issues. It is, he says, about stories. The war hero, the hockey mom.
And it's working.
Political candidates who think deeply and broadly about complex issues are taunted for their "elitism." The ones that reduce problems to mindless black and white win the day. We simply can't accept that tough problems need cooperation, and careful thought. Too hard. Too demanding. Let's go shopping.
And it's working.
Nation, meet tubes. From the bottom, looking up.
We're