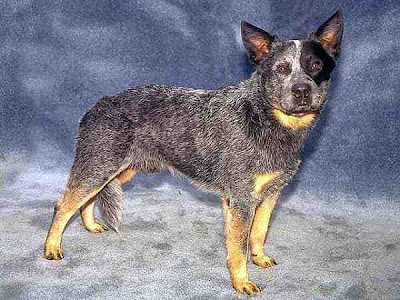 In response to comments and questions I sometimes get, and in followup to a recent post, I'll say something I frequently said to my patients, usually when asked if it's normal not to be fully recovered from surgery in such-and-such a time. As a corollary, I've often heard "I'm a quick healer," or "I'm a slow healer." Whereas there's no doubt that many things affect healing time, such as general health, age, nutritional status, and maybe, as we heard, attitude/emotional status, healing is a complex, organized, and orderly process which proceeds as it will, over many months. I acknowledge I wrote about this in a slightly different context, here. (In blogging, any old idea is better than none. Isn't it? Plus, I still get questions about it; so either they aren't scouring the archives or I'm a bad explainer...)

I liked to point out to patients that the healing process takes three weeks just to crank into gear. As in the above-referenced post about the healing ridge, so it is that inside, where you can't see it, operated tissues thicken up over time, become hard and unyielding: the places where bowel is sewed or stapled may become a little tight for a while, like a donut swelling and making its hole smaller. Everywhere we worked -- the place where the gallbladder used to be, the surfaces from which we pulled up the bowel -- these changes are going on and rendering those tissues distinctly abnormal. And although these things begin to recede within a few weeks, it's a year or more before the last vestiges of healing are entirely quiescent (which, as I pointed out previously, is why an incision usually remains reddish for that long.) All this requires energy. That means the burning of extra calories; the body is at work inside. So yeah: it's normal to feel tired after surgery for several weeks.

There's no doubt some people recover more quickly than others. To figure out why is probably impossible: factors such as "attitude" (referred to in a recent post) are hard to quantify; and it could be that little things going on inside, such as subclinical (meaning not enough to be diagnosed) infection, or having more beat-up tissues requiring repair or resorption, could account for some differences. It may be splitting hairs, but I'd suggest there's a difference between "healing" and "recovery." Healing goes in in pretty much the same way for most people, absent adverse factors: at any given time from surgery, a biopsy of a wound (for example) would show the same changes in anyone. But some will be back at work or roller skating, and some won't. When people asked how long it'd take to be fully healed, I tended to take the question literally, and give them a mini-dose of the physiological spiel -- but briefly, since I knew it wasn't what they were really asking. Then we'd talk about recovery, and I'd tell them what to expect.

It's a small point. Strictly speaking, I reject the concept of a "quick healer." You can't speed the endogenous process. But there's no doubt some people make a more rapid recovery than others. To them I'd often say, "I wish I could figure out what you have and bottle it, and give it to some of my other patients."

maybe you don't get fast healers but too many slow healers?

Nice, and I agree. I had one of those in today where you wish you could "bottle it" and pass it out. She is a pleasure.

[or as we call the dog here in the south, a blue tick heeler. Don't know why.]

Dr. Schwab,
I really enjoy your posts where you consider the depth of healing.

I also think that family and friends perception of "our" surgeries, has a big effect on our expectations following them.

As a surgeon, you already know that many surgeries that have the same name, are not the same surgery. My experience with one was when I had cancer and had a radical hyst. This is alot more surgery than a normal everyday hysterectomy. The surgery alone was almost 5 hrs. and involved things I absolutely know are not involved with other hysts. yet, everyone had their opinion as to why I didn't just bounce right back after a couple weeks. You know, "so and so had a hyst. and she was right back working in a few weeks and here you are not even getting out of bed yet."

These comments alone, I think, effect healing time, as you end up feeling inadequate, and the more people pressure you to do things the worse you feel.

Most people, including employers, do not allow for differences, in these surgeries. In their minds, a hysterectomy is a hysterectomy, as though there is only one kind of them.

It is very frustrating being in this position of having to explain why you aren't recovering as fast as someone else did.

cathy: thanks for a very important comment from the patient perspective.

As you probably already know, there are Red Heelers, too. Interestingly, they're feistier, more aggressive. Oh the parallels!

As someone who's lived with type 1 diabetes for many years, I've often been told my disease alone is cause alone for my "slow healing". (I don't remember what it was like to recover from something as a non-diabetic, so I have to take that comment on faith.) One thing I have learned is patience and that, along with diligence, helps me recover more quickly mentally as well as physically.

I agree. I also think that some people are a bit more motivated to get well than others. Not that the "slow" healers are at fault, but I think it helps when you have a job or a family or whatever that you really want to get back to.

As one of the 'slow healers', it is quite frustrating when I didn't fall within the bell curve. Now I know why, but before I was dx with CVID, it was quite maddening (temperamentally and emotionally). As the patient, you begin to wonder if it's 'all in your head', especially if your surgeon is dismissive, and treats you as the problem patient.
Whenever you figure out how to 'bottle it', put me at the top of your list!
Thanks for another great post, Sid.
An aside, my dog is Australian Shepherd/Border Collie mix. She has been one of my best therapies and 'healer'. She doesn't have the blue eyes, tho.

I noticed the difference in healing with mt 2 c-sections.

1st son had a l-o-n-g difficult labor that ended up a c-section with the vertical incision. By the end of day 2 I was refusing pain meds and felt like I wanted to bounce around on day 3. Had lot's of energy. Then they kept you in the hospital for a week. (1980)

8 yrs later, no labor scheduled c-section same incision and I was so exhausted that my room mate said I was falling asleep while talking to her. Pain meds longer and more tired when I went home after 5 days.

my first surgery was a complete hystro a week later I had a fever found out I had a cyst in my stomach along with a infection under went in one week 5 more operations to clean up the infection ........23 days later I can work alittle in the house and I am dead on my feet and I cry alot normal?

sounds like a fairly typical course for a wound infection. Wound infections aren't "normal," in the sense that we like to think they don't happen much; but when they do, they delay recovery. And, depending on the size and how they're handled, they can take several weeks to heal. So what's going on sounds typical for an unfortunate but not rare complication.