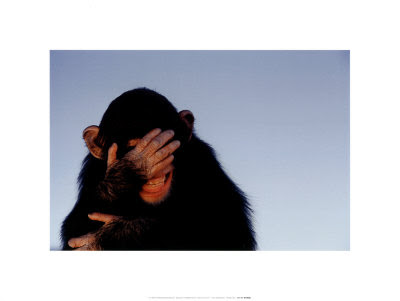 I need to say I'm very appreciative but, more than that, embarrassed by the comments I've gotten on my recent post about a horrible feeling. I nearly didn't publish it. Since a part of my aim here has been to convey what it's like to be a surgeon, and since the feelings I had on hearing the news were exactly as described, I went ahead, in the interest of honest blogging. But it did occur to me that it might be upsetting to some of my valued blog friends, and it seems it was. I'm not unaware that my reaction was based, in part, on the false sense of indispensability to which I referred in the post, and that it was narcissistic, as one commenter rightly said. Narcissism, particularly in the context of wanting to believe you're better than others at what you do, and that the world can't get along without you, may even be a necessary characteristic of surgeons. In any case, to the extent that it drives one to feel deeply responsible for one's actions, it's not all bad. But it also leads to thoughts such as were mine immediately upon hearing the news of my friend's death.

So to the extent that I made people feel bad for me, I'm sorry. I've been to a memorial ceremony, I've contributed to a scholarship fund, I'm not in mourning any more than any friend would be. I both wish I'd been there to do the operation, and am glad I wasn't. Since there are things I love about surgery and things I hate about it, my writing is sometimes ambivalent, and, in this case, ill-considered. But thank you.
Posted by Sid Schwab at 10:30 AM

There is not a soul among us who hasn't grieved over the death of a loved one. We are able to relate to your pain as if it were our own, because it is our own.

Dr S. you have NOTHING to apologize for!

Thank you for trusting us enough with your real feelings regardless of what they are and sharing them in your posts.

It has been a pleasure getting to know you.

Seriously, anyone and everyone out there (dare I speak for all readers!) would have felt the same way as you, given the same circumstances. I know I would have, and I don't think it's all that narcissistic as some have put.

sorry to throw a spin on it, but i felt i needed to comment on the narcissism of a surgeon. i always told my students that all surgeons believe they are the best. this, of course can not be true!!! because i am the best.

but suffice to say i feel for your loss. and the amUous feelings about possible having been in a position to do the operation.

I am intrigued by the fact that you all think you are the best. You surgeons are an interesting breed. :)

Honestly, whether or not a reader agrees or disagrees with the validity of what you said, those were your feelings. That makes them valid. Your honesty is refreshing. Don't apologize for that.

if there is one thing that I have learned from my own experience of grief, it is that the feelings that you have from the loss of someone close to you has no reason to be sorry for. we all grief in different ways and it is necessary for healing. the grief will come again and again, but you will inevitably break through it, grow to learn more (not tougher) and wiser.
It's like a burn patient. new skin must grow, but it has to be broken, stretched, re broken so proper healing can begin.
grief does not need to be explained nor should it ever be discounted by broad strokes or judged.

I have not left a comment on your blog before. I look at it regularly however.

On the Horrible Feeling and Embrassed I have to make a comment.

In a Horrible feeling you suffer false guilt and narcissism. The comments left by readers lean on this pretty hard and you got some rough handling.

The Embrassed post is an act of courage. It is clear that you listen, think, then act thoughtfully based on what people say to you. Do not be embarrassed over this. Most people would never admit to having such feelings, let alone attempt to confront them. Getting such things into the light tends to make the underlying guilt shrivel up and helps you set a healthy perspective on who you are.

Dr. Schwab,
You’re not the only one who’s embarrassed, as it seems that I misinterpreted your candle post because I thought you would have gone straight onto politics. Oopsie.

I remember, so vaguely that I’m not sure if it really happened though I feel like it did, that my doctor had been sort of depressed after I woke up from my coma 17 years ago. I remember asking him what was wrong (mumbling because I could barely speak). Back then, in regard to the traumatic brain injury I had just had, I saw everything as having to do with me or as an extension of me, so needless to say I thought I hadn’t been a good patient and some way and that was why he was upset. But he told me that he had just lost another patient a short time earlier. That moment altered my recovery, because I think he knew what he was doing by telling me that, he knew what he was saying. Part of TBI recovery is getting those emotions back that everyone else takes for granted, and now I see that he wanted an emotional response from me. Part of TBI, to a great extent in me from the start, is survivor’s guilt, and by demonstrating to me that I deserved to live (by his very being there), changed my recovery. So, Dr. Schwab, I thought that you were teaching would-be doctors through emotional response (kind of like my doctor taught me, though I was his patient) and I thought that your post about losing your friend, though devastating, was for that purpose. That’s why I went forward about the political post on Sunday. So, sorry if I missed the boat, but I do tend to do that sometimes.

I concur with doctor david, they were your feelings, and none of us are in any position to try and invalidate them.

Over the years, I've had 'quote of the day' type of calendars. One of them that I kept and posted in my office is from Philo of Alexandria: "Be kind, for everyone you meet is fighting a great battle."
If only we operated from that premise, rather than passing judgment first. *sigh*

Dude. Just got back from a week and a half of drinking on sandy beaches in third world countries. A lovelier departure from The Mother Country I could not have imagined.

Shoot me an email sometime (or not) and I'll share the story of why I am not a career firefighter, which is where I was headed before I turned up in law school.

It's not called narcissism if you are honest about it (as you seem here). It's just called being alive.

Narcissism. Interesting! I had emergency appendix surgery several years ago and met the surgeon as he walked out of the OR from a proecure and asked if I was Mr. Jones. I said I was, and he said "you are next".

During a post-op visit he assured me that he was "the best damn surgeon in Gwinnett County". I healed well, but during a visit a month later, I notied that the Dr. was limping a bit. I asked him about it and he said he also had an appendix burst and had surgery just a few days earlier.

Since he said he was "the best damn surgeon", I asked who he chose to operate on him. He said "I did it myself, with a hand mirror and an assistant".

We both laughted (him less convincingly than me) about that answer, but part of me wondered if he wasn't really serious about that. :o)