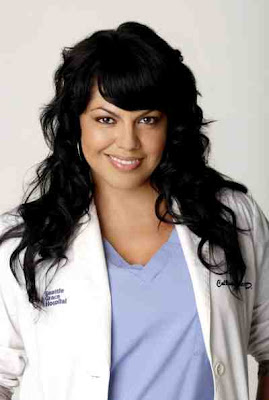 Well, here's a new one: it's reported that women who have lumpectomy for breast cancer are more likely to have radiation therapy afterwards if their surgeon is female. Once again, I'm stumped. As a surgeon of the scrotumnal sort, I'm trying to figure it out. In the article, you'd see the differences weren't huge; and that there were other independent characteristics which seemed to matter at about the same level: that the surgeon was an MD, and that s/he was US-trained. (Chauvinistic in ways other than sexual, I'm not surprised by those two.)

It's hard to imagine any properly-trained surgeon who doesn't know of the need for adjunctive breast irradiation after lumpectomy. As always, there's room for some judgment: from a few very elderly and frail women I've removed a cancerous lump under local anesthesia and elected -- fully consulting with patient and family about options -- simply to follow along with no other treatment except, for some, hormone therapy. But the study is said to have controlled for age and other factors. So what can it mean? Are female surgeons more interested in saving the lives of their patients than males? Is it that we males prefer the feel and look of uncooked and unbrowned breasts (truth be told, I've heard it said more than a few times that the irradiated breast is preferred by its owner, because of youthful firmness)? After a night of carousing and piggish behavior, did the menfolk sleep through the lecture on complete breast treatment?

Maybe it's patient self-direction: women who don't want "all that fuss" (ie, radiation) gravitate toward male surgeons. It could even be, I suppose, that males are more open to modifying treatment for the frail and very elderly to whom I referred above. Or maybe it's about the age of surgeons: could older ones not be up to date? I doubt it; but if it's true, there are a lot more old male surgeons than female ones, since the demographics have only somewhat recently shifted toward the ovarian model.

At the end of the article it's stated that more work is needed to figure it all out. Meanwhile, it has me mystified. In most ways I think women are more admirable than males. Still, I'd hate to have to hang my nuts on a nail to practice my craft.
Posted by Sid Schwab at 12:30 PM

This study was conducted my institution and I was surprised by the results. My surprise stems from my own stereotypes. The only male breast surgeon I've met here was extremely effeminite and quite the opposite of my imaginings of an alpha male chauvinistic surgeon.

I kind of assumed they were all like that.

Okay, Dr Sid, I would hate for you to have to "hang my nuts on a nail to practice" your craft, too. Just like I hope I don't have to hang my ovaries on a "nail" either.

Don't think either of us need to do that. Take care.

Is it possible that it isn't because of a difference in the doctors recommendations but because women are more likely to accept medical advice about their breasts from another woman?

Scrotumnal... early front runner for 2008 word of the year.

I doubt the difference (79& vs 73%) is of statistical significance. But older male surgeons may not be aware of the standard of care. Female surgeons are generally younger, therefore more up to date. I guess it's as good a theory as any.

Studies like this are pretty dumb though. What do you do with the information? Not see a male surgeon if you have breast cancer?

whiskeyjack: that's an interesting question. There could be some residual from the poison spread years ago by a certain female surgeon who said, on NPR and other venues, that the only reason mastectomy was invented is because men like to mutilate women. On the other hand, here we're talking about breast preservation. I'd like to see the study confirmed somewhere before accepting it, because it's so against all expectation. But if it's indeed true, it sure would be fascinating to find out why.

buckeye: I love it when people (too rarely, far as I'm concerned) note those little things of which I'm particularly proud.

ramona: to keep the alliteration going, it might have to be "ovaries in the oven."

Far be it from me, a measly clinician who runs the chopsticks at the OR table, to hypothesize, but could there be a possibility that like gender communicates better than the opposed?

By looking at historical communication between women over the eons, it does seem evident that the feminine sex seem to problem-solve, confide and seek further assistance among the company of other women more often than that of men. Intimate issues, say, regarding a condition such as breast surgery and its emotional impact (as well as physical) might be more openly discussed with an equally equipped surgeon.

I do not intend to bow to stereotype, but whiskeyjack raises a very intuitive question. Tell me, regarding your scrotumnal attachment: Would you, as a Joe Average take, "I'm afriad you are in need of a bilateral orchiectomy, Mr. Schwab. I suggest chemo, radiation and a psychological consult for support for you and your loved ones at this time." or would you actually listen to, "Mr. Schwab, we gotta hang your nuts on a nail. Don't worry, Lance Armstrong only has one and he is still getting chicks."? Which approach, as a male, would freak you out the least?

knifethrower: I assumed that if the data are true, it's about not being directed toward radiation, as opposed to the women rejecting the suggestion. But you could be right.

Not to detract from the import of this discussion... But that post title and pic are a tease, Dr. Schwab.

JP: yeah, well, it got you here, and that's a good thing.

Meh. This sort of "let's run a database through STATA and pick out variables that pop up as significant" is the very worst sort of clinical research. They have no hypothesis at all, just some correlations and a disclaimer about how they have no idea why they're correlated. My old mentor would have reamed me a new one if I ever gave him a manuscript like this to review. Look, ma, an odds ratio!

Before attributing it to some failure of communication, I would probably consider differing patient populations (urban v. suburban? academic v. rural?) a much likelier explanation. But of course it could be literally just about anything.

It has nothing to do with the AGE of the surgeon - mine was near retirement. I think I was the last or nearly the last patient of his. He explained and explained all of the options and treatments before surgery and had me consult with an oncologist as well.
The standard of care was first rate.

What whiskeyjack said. Would a man be more inclined to believe a females advice for testicular CA (or testicular, penile, scrotal anything), or would he be more comfortable following a males advice?