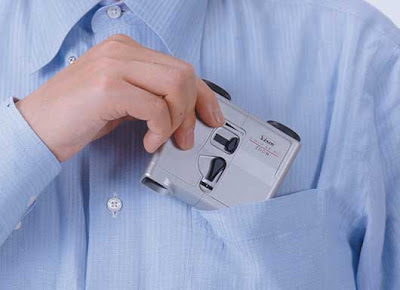 Newer-vintage cardiologists are quite capable of independent play, but there was a time when I put in lots of pacemakers. Originally that meant doing the entire procedure, and back then the devices were enormous. Heavy, clunky, grapefruit-sized (if the sour sweetie were squeezed more flat than one might see in the supermarket [but think how stackable they'd be]), the battery/pulse generator required some work to implant. Producing under the skin a pocket large enough to receive the beast was a job for one with at least a modicum of surgical skill. And I'd thread and properly locate the pacing wire as well; the first iterations thereof were stiff and therefore fairly easy to direct, which carried a corollary danger of poking all the way through the ventricle. Never did it. Heard about it. (It could work its way through much later, as well.)

Gone the way of Univac, those giant items have evolved impressively; current (huh huh, current) pacers are tiny and complex, capable of speeding up when physical activity increases, of being interrogated by telephone, adjusted non-operatively. Many of them pace both chambers of the heart. Wiggly wires have replaced the rigid ones. Safer. And harder to position.

To the newbie go the onerous jobs. By the time I came to town, cardiologists were placing the wires for pacemakers, but they still wanted surgeons to make the pockets. Some of them also liked to cede the poking of the subclavian vein. Nor were they comfortable with the production of a thorough local anesthetic. So for the typical two-team job, I'd meet the patient for the first time in pre-op, introduce myself as the pocketmeister, prep and drape, inject local anesthetic, and make an incision through the skin, which I'd deepen to the chest wall and then, with my fingers, nooger a space big enough to fit the battery. In some cases, I'd also slide a guide-wire into the vein. On a good day, that whole thing would take five minutes. On a bad day, six. And then, I'd stand. Because when the electrode was safe and sound, I had to hook the wires to the box, insert it into the pocket, and sew it up. Took about two minutes. Tried. How I tried to get them to learn to do it; that thumb-in-ass standing around was a gargantuan waste of time.

He was actually very nice. Reminded me of Mr. Rogers. Which, of course, made it even harder: how do you explode at someone who always smiles? But it was forever the same. Head-hurting delays while everyone showed up and the right equipment was assembled. Doing my five-minute thing and then, in the case of this person, invariably standing around for a looonnnggg time while he got the wires where he wanted them. A loooooonnnnngggggg time. How long? Let me tell you.

On one occasion I had injudiciously (optimistically. Necessarily, because of patient needs) scheduled a mastectomy to be done after completing the pacemaker procedure (on another patient, if that wasn't clear, in another room.) I figured the first job at an hour and a half, as I recall. As the time to start the mastectomy approached with no end in sight to the first case, I got increasingly annoyed. I'm pacing, the machine is not. My assistant arrived (the able Joanie, RNFA, mentioned in my book and here). My own patient was foundering in the pre-pre-op area. Finally, I could stand it no more. (I've written about how much I hate being late.) I had Joanie -- more than capable of stitching -- wait for the cardiologist, managed to wangle another nurse to help me, and had them send for my patient. When she arrived in pre-op, I left Dr. Mrrogers, greeted my patient, talked to her and her family, escorted her to the OR, made ready to and performed a modified radical mastectomy, applied bandages, helped move her to the gurney, went to the waiting room to talk again to her family, came back to write orders and speak with my patient, returned to the pacemaker room, excused Joanie, waited another half-hour or so, and sewed up the pocket. 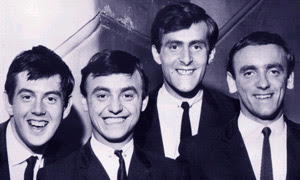 Aw, Dr Schwab. Did you HAVE to? *slams head on table repeatedly* :)

Great to hear from you Sid Schwab and to discover that the Angry Medic is still alive and kicking.

Sid, enjoyed your post. Now to remind you to submit this one or/& another one to SurgeXperiences.

Proof that despite our differences ( the departments I mean ) we all actually need each other :)

It is nice to see the Angry Medic again. :)

eurghhhhh. so how long did it take in the end? 6 hours??? good golly!

I'll send you your prize. It'll be on the ferry, across the Mersey.