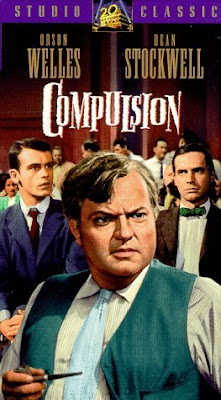 If there's such a thing as mild OCD, I think I have it. For a surgeon, I'd say that's generally a good thing. In my practice, I was pretty obsessive over making sure everything was as it should be: the right instruments available, all lab and paperwork hand-carried to the OR the night before surgery. I liked the look of putting sutures in perfectly spaced, each bight the same size as the last. I took certain stairs, walked the hospital halls in ways that required the least amount of retracing steps, achieving maximumfficiency. Back stairs to the top floor, down a particular hall where the first patients were, then to the nurses' station, then another hall, down the front stairs to the next floor. Like that. The down side is that I often over-reacted if things weren't just so: if during the thousandth time I was doing a particular case, the suture (for example) that I always used wasn't readily available, it could drive me nuts. Less in terms of going ballistic (oh, there were times) than getting stressed out.

If I walk by a book on a counter, I'm likely to square it off with the edges. In other posts I've mentioned my on-timeliness, to the OR, to the office, seeing a patient. Arriving only on time is in fact, far as I'm concerned, the same as being late. I'm usually early. Running behind in the office upset me greatly; enough that it was a pretty uncommon occurrence.

On the other hand, it's not a problem for me to say it's all BS and not rearrange books. I have no weird hygiene or grooming habits. In fact, one time in the youth of my practice, my mother asked my wife why she didn't get me to dress better. (Different generations!) My desk was generally a moderate mess. So maybe it was closer to OK than not: compulsive about details of patient care, mildly and controllably crazy in a few personal things, and so careless about how I dress that I saved a lot of money on clothes. When science gets to the point of dialing in various levels of gene expression, I volunteer my OCD gene as a starting point for surgeons. Tweaked here and there, it could be just about perfect.

[Confession: I realize this particular post is mostly fluff. I'm killing time while I work on a series of posts, the aim of which is to detail what it's really like to do an operation, from start to finish, before and beyond. I think I'll have a couple ready by next week. Like the TV show "24," it'll probably be scripted on the fly, starting the series before I know if it works or turns out well enough...]
Posted by Sid Schwab at 7:55 AM

That's a good blend - a perfectionist at work, and a loosey goosey at home.

Aren't surgeons and OR staff prepared for big surgeries? Who sets up and don't they have a checklist or something?

I don't have a clue what they do in there but if I were the tech that sets up - I would probably start out notating which doctor prefers what and use it until I could set up and anticipate what they work with. I would think that after awhile it would become as natural as breathing - excluding horrendous OR cases going south or pubic hair being shaved when it shouldn't. PUT IT BACK! LOL! Sorry-STILL FUNNY!

It is my observation that the surgeons are the ones who have a rep for going ballistic. In working with Docs for 20 years I have seen some grouchy doctors - sometimes. Most ER docs seem to let things roll off them. They get mad but I have rarely seen them take it out on the staff, not ballistically. We had one ER doc who would occasionally go ballistic over something stupid - well except for the eyebrow incident, but he was also a surgeon at a city hospital besides and would've been up all nite working down there and then come here and have to do 24 hrs unless someone came in. So, I think it was more a matter of sleep deprivation because he was a great guy with a keen sense of humor. I know of a cardiologist who got real angry at some one during a code but the person didn't do what he TOLD her to do and it was a code. Yes, I definitely know some surgeon stories. So why is that? Does surgery draw in a certain personality type? Also, is it the demands of a surgical residency?

I remember in one of the Grey's Anatomy prologues someone said something like and this isn't verbatim " When a surgeon picks up that scalpel to operate - they may or may not do more harm then good, so if that surgeon isn't willing to commit - then that have no business picking up that scalpel in the first place." Dr. S. I know that you are not talking about commitment, and I know that you guys love to operate - it's what you do - but there is so much responsibility and when things go bad they can go really bad and you do have peoples lives in your hands. So is it the pressure of needing to be perfect and expecting it in others because of the awesome responsibility? or is it the stress?

seaspray: all of the above, I suppose. I think that whereas all docs face stress, surgeons face a higher level and a greater amount, regularly. Some handle it better than others. All -- or nearly all - blow a fuse once in a while.

Best to clear the air of fluff before getting incisive...

Whoa. You know this post also serves to confirm some aspects of the general stereotype of surgeons: obsessive perfectionists with (to the casual observer) sometimes ridiculously high standards. Is it really like that? I mean we see it on TV all the time, and this post seems right on the mark, but is surgery really - as one of my hospital doctors told me once - more like 'The Apprentice' than say 'Scrubs'?