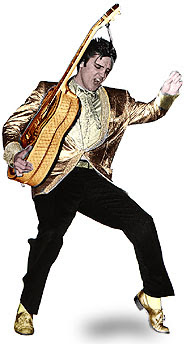 The more senior of my two partners when I first went into practice was old school in the very best sense of the words. The most general of general surgeons, he still did the occasional orthopedic procedure, yanked out uteri (indeed, that operation is more of a "yank," in terms of non-anatomic dissection, than most), didn't mind drilling a burr-hole or two if called upon to do it. I'm sure he'd have been happy to deliver a baby on the proverbial kitchen table; in fact, I think he did, back a ways. Many of his patients were people for whom he provided complete care as their family doctor. Blood pressure, diabetes, pneumonia -- he managed them all. And well, far as I could see. Gentle and soft-spoken, self-deprecating, Hume was welcoming to me from the start, and set an admirable example. When he assisted me, or I him, I always learned something. And, I'm happy to say, I showed him a few things as well. If it was mutual admiration, it was lop-sided in the way of a cub and a poppa bear.

He practiced mostly in the time when doctors were nothing but highly respected, and, at least in his case, it was entirely deserved. In his forty or so years of practice, he was never sued. Here's how it was in his heyday, as he told me once: a long-time patient, on whom he'd done a colon resection several years earlier, came to see him with abdominal pain. As was standard in the days before ultrasound, Hume ordered a gallbladder Xray, which made the expected diagnosis of gallstones. "George," he told the man, "looks like you'll need your gallbladder out. And while we're in there, I'm going to remove a clamp that I seem to have left in you last time." "Sure thing, doc. Whatever you say." (Snide-comment-avoiding explication: far as I recall, it was the stones that were the problem.)

One of my favorite tricks of patient care, for which I loved to write the order because I knew it boggled some nurses and about which I was never certain it worked but wrote it anyway because it made intuitive sense even if it seemed silly so it was fun to talk my patients into it and to imagine them doing it, having had a few people get better after doing it whether they would have or not had they not done it, and which in part I ordered because it always reminded me of Hume and made me feel like a canny old-timer who had a couple of decidedly low-tech tricks up his sleeve even when I was young but kept ordering when I was old, frequently enough that the nurses referred to it as the "Schwab shake" because it was in a different town and none of them knew Hume, was a thing he taught me. (Chew on that sentence, Strunk and White!) To see any sense in it at all, you have to be able to imagine the intestine in the midst of a small bowel obstruction.

In the virgin abdomen (but not always in the abdomen of a virgin), the small intestine is free to slip and slither pretty much anywhere it wants. (In some operations, it's useful to "eviscerate" the patient by pulling the intestine as far as it will go outside of the abdominal cavity. Re-inserting them, those guts roll back in like a gang of slurpy slinkys over a soft stair, like the buttered spaghetti Momma dolloped onto your plate.) In an area of inflammation from an operation, or injury, or infections of one or another sort, a bit of intestine might become adherent to the abdominal wall or to other structures.Those areas are what we call "adhesions." If other areas remain normally slippery, it's not hard to imagine a loop or two of bowel sliding around a more fixed one, and causing a twist. And there you have it: small bowel obstruction. Typically, that means a distended abdomen as the upstream intestine fills with digestive juices, cramps as the muscular action of the gut ("peristalsis") tries to push stuff past the blockage, cessation of bowel movement or gas passage, and, most often, vomiting. In some instances, the blockage isn't complete, and there might be some amounts of stool. Diarrhea, even.

Surgery is usually the treatment for complete obstruction, and typically needs to be done within several hours, lest the twisted area die from lack of circulation (maybe I'll get into some of the subtleties in the future.) Non-surgical treatment consists of "suck and drip." Namely, a tube into the stomach to suction away the juices that are backing up, and IV fluids to replace the losses. If the patient is able, walking around is thought to be helpful, if for no other reason than to prevent secondary problems related to bed rest. But there the patient is, lying nearly continuously on her/his back, with a belly full of fat swollen intestines. If what you're hoping for is a serendipitous untwisting, lying like that with a bunch of sausage stacked on itself seems less than propitious. Thus, Hume's trick: get the patient out of bed, have him/her lean forward onto the bed, back as parallel to the ground as possible, and shake their hind end like kyphotic hula dancer. (I always demonstrated for my patients, which was generally found to be amusing.) Get them guts off of each other and move 'em around. I like it. (If the idea is sound, I thought, somersaults would be ideal. In fact, one of my friends -- a pediatrician, for whatever it's worth -- had a problem with recurring obstructions after splenectomy many years earlier. I suggested somersaults, which he starting doing at home at the first hint of symptoms, and he claims it helped. Eventually, however, I operated and fixed him for good.)

I never did a study; hard to imagine one ever being done. Several -- not all -- patients recovered without an operation after shaking it up. It's known, of course, that some obstructions resolve without surgery, so I can't claim to know whether the maneuver works or not. But all of my patients who could, did it. Whereas the long-term nurses on the surgical floor got used to the idea, I assume there were some -- especially those on the medical floors where such patients occasionally found themselves -- who thought I was nuts. Until their patients started pooping. And there's this: I was once consulted on a patient with a bowel obstruction in whom, on bedside abdominal exam, I could easily feel a particularly fat loop of bowel. What the heck, I thought: I manipulated it upward (it was remarkably easy to do) and around in some way, immediately after which the patient excused herself rapidly from my ministrations and headed to the bathroom where she produced ample evidence that the obstruction was no longer. I think Hume would have liked it.
Posted by Sid Schwab at 8:00 AM

Dr. Schwab,
My youngest son (5 yrs) has trouble with his bowels to the point of tears (due to cramps), and prunes were the only thing that worked this last time (but it took a little while). I think he'll enjoy the somersault trick better! Thanks!!

Love the pic to go with the story!

Dr Sid,
After that post I can only say that it's a shame you had to retire. I think you should be cloned.
I'm ashamed to admit I was laughing out loud.
Have you been reading Proust?
Regards
jmb

Okay. It's oh-dear-thirty in the morning here. I'm not ready for work yet. I'm only midway through my second cup of coffee.

And I just got up from reading, leaned over the couch, and did the Schwab Shake. Just to see if it, you know, felt like anything.

Count me as one unboggled nurse. I'm not sure when I'd use The Shake, being a neuroscience person, but it's going into the bag o' tricks.

I suffer from intestinal obstruction due to adhesions - about three times a year I get the text-book symptoms. Not once have I heard any practical advice on what to do about it. Only the stipulation that if I believe that the obstruction has not relieved itself after a certain amount of time I need medical attention. Not the type of advice I am likely to take.

So how happy am I to finally have a possible solution to a situation that has always felt beyond my control?! I will see if it works; although my one concern is that if done prophylactically will it cause an obstruction? If it is powerful enough to untwist when twisted, will it cause a twist when untwisted?

anonymous: For obvious reasons, among them that I don't know you nor have the ability to evaluate your situation, I have to respond in this way: I'm telling readers various things related to my practice of surgery, to inform and even to entertain. In no way ought my writing be taken as medical advice for any specific situation. So I really can't answer your questions, even though I'd like to. Any specific questions about specific conditions ought to be directed to your own doctors. Sorry. And whenever you develop symptoms, you ought to check with them before embarking on any self-directed treatment. Really.

Surgeon In My Dreams said...

I think I understand your directions, but just to be sure, could you PLEASE stick a video demonstration on here for us? You can cover your face for the sake of anonynimity.

I'll have to give it a whirl when my next bi-annual SBO rolls around. :-)

I'm one of the patients you'd probably hate to see come through your OR doors. By now I actually look forward to the look of stark terror on my surgeon's face when I darken his doors. I've had a belly full of adhesions for over 10 years; lost a couple feet of colon and few more of small intestine; all this preceded by endometriosis, the loss of my uterus, appendix and the infamous acalculous gallbladder that started all the fun. There may be a partridge in a pear tree left in there, but only my surgeon knows for certain.

How often did you run across patients in whom adhesions were the main problem? Just curious to know how many other folks have the gift that keeps on giving. This stuff grows like cancer, hurts like hell, and it's rare that even doctors understand how awful the condition can be. Can you say "liquid diet" for 8 years and counting? Next to my surgeon, my blender is my best friend.

Jen: I had a few like that: people who kept having obstruction after obstruction. Each operation harder than the last. I don't think it's known why some do and some don't. If you operate on someone who's had prior surgery, sometimes you find adhesions all over the place, sometimes none or almost none. And you're right. Much as I liked them, I hated to hear from them!