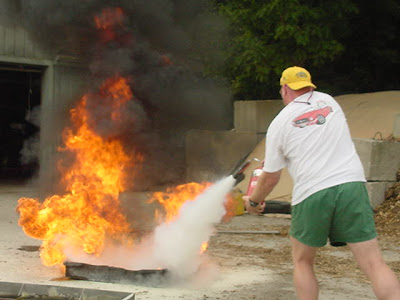 In two ways, I'm feeling a little guilty. First, I doubt I've provided any new insights in this burnout mini-series. And second, since I began by saying I'd heard from a few people that I've gotten them interested in a career in surgery, I don't want to have turned them off or discouraged them. So let's see what I can do about that.

In my core, I always loved doing surgery, and being surgeon to my patients. As I hope I've made clear in this blog, I was always amazed that I was allowed to do it, and awed at the mysterious beauty of it all. As much of a responsibility as it is, it's also an inexplicably wondrous honor and privilege. Those words aren't lightly written. But in a diabolical combination of being constitutionally unable to cut back, being hyper-demanding of perfection in myself and only slightly less so in those who touched my patients, mixed with a certain degree of paranoia which made me see any imperfection as an accusation, I got to a point where some sort of line was crossed. Every ring of the phone at home became a gut-shot; the emergency room was like a stalker, a heavy-breathing relentless destroyer of plans, a stealer of sleep, a wielder of a fearsome disrupter ray. Klingons, the lot of 'em.

The cold shower of new rules, the deluge of self-fertilizing forms, the insults and veiled threats of the latest memo from some bureaucrat or other, the inverted logic of convincing some insurance cubicle-denizen that I had a legitimate reason for recommending an operation she understood not at all -- I think I might have withstood all that were I better rested, had I not arranged my day for maximum continuous pressure nor added work upon work. So here's the bouquet-toss to future surgeons: don't do it like I did.* Give yourself a goddamn break. Good news: the system doesn't care if you work your ass off or not. So don't. Turns out, the world didn't stop turning, people didn't start dying left and right when I sheathed my scalpel.

That's, I suppose, the corollary of my obsession: the silly sense that I was indispensable, that only I could render proper care to my patients. Don't get me wrong: I think my judgment, my technique, and my rapport with my patients were above average (OK, OK: way above average!) But so would they have been, had I relaxed a little. I have no doubt that rounding, as I did, three, four times a day made a difference in length of stay. But it seems I was the only one who noticed. I kept office hours four (sometimes five) days a week, wanting to be there if my patients needed to be seen, hating to have someone else see them. That meant I always had pressure to get my operations done by a certain time. I could have arranged it differently. Making things worse, as much as I hated to be late I also hated to make others late. I almost never ran beyond my scheduled OR time. I almost always saw patients in the office EXACTLY at the time of their appointment. I helped move patients on and off their gurneys (I'd recommend that!), cleaned up my exam rooms, whatever it took to keep things going on time. Close to crazy. I never could say no to a request to work in a woman frightened about her mammogram, instead of making her wait a few days. Couple of days? Probably would have still been ok. As I said in the first two posts in this series, US healthcare as currently constituted is -- almost as effectively as if it were deliberate -- selecting against hard work and high quality, at least to the extent that it fails to recognize, encourage, or reward it. Consider it good news: don't kill yourself! I'm serious.

Want to have a better life? Don't schedule yourself into your office half an hour after your last case is expected to end. Cut yourself some slack, in all things. Rounding twice is enough. Letting your partners see your patients on weekends off is ok; I saw theirs, ferchrissakes! Take all the time off you're allowed. Avoid serving on any committee you can wangle your way out of. Get thrown off, if that's your only option. But be civil to the ER doc who calls at three a.m; and to the nurse who overlooks something, explain in non-angry terms how and why you think it could have been different. A "teaching moment," I believe, is what they call it. Chill. Had I done so more often, I might not be blogging.

And here's the happiest secret: there's always one place they can't get to you -- the operating room. (They can call you, of course; but they can't paper you, committee you, disallow you. Not while you're there.) If you love it, that will never change; so if you love it, go for it. The act of doing surgery, distilled to its essence, the condition of being surgeon to a fellow human being -- that will always be honorable and essentially untouchable, immutable. And wonderful. It's even conceivable that if "they" come up with meaningful ways to evaluate the quality of medical care, some sort of global, transferable, reproducible, over-arching and useful method that's neutral and rational (pretty unlikely but not unimaginable), then the piles of paperwork, reams of rules, confabulations of committees might actually become superfluous, and a doctor will once again be allowed to be a doctor. A physician. I like that word. It's almost as good as surgeon.

*Unless your patient is me.
Posted by Sid Schwab at 6:15 AM

For an internist too, it was a honor and a privilege.And for some of us the irrational drive for pefection,the emotional reaction to the lack of it in myself and others with whom I worked was countered a bit by the satisfaction of taking someone through and out the other end of a serious and sometimes life threatening illnes or sometimes less dramatically just reieving someone's anxiety about a disease they really didn't have at all.
But as the sea changes washed into medicine- the managed care and governmental control,etc,etc the saisfactions seemed fewer and not as sweet and you just wanted to shrug your shoulders and walk away.

If they do come into the operating room, you can always distract them with the machine that goes "ping"!

I have on my desk a form that I have to get signed to have our legal department sign a form, so I can send a form to a vendor who is waiting to get paid. I can't tell you why all this is necessary, except to say that the admin who cuts the check has it all over the rest of us. And you think you're burned out.

Cutbacks, sicker patients, fewer staff and more BS paperwork and staffing issues... it's bad enough in the nursing corner of the circus... cannot wait to get the OR course done so I can come dabble in the greens in the comfort of a teeny, tight room with bright lights. 5 more weeks... I can live through anything in 12 hour increments for the next 5 weeks.

Thanks for this post. You were really worrying me about considering this career path.

I had to wait THREE weeks last October to see a surgeon for a follow-up regarding a breast exam per gynecologist's request. It was a looooong 3 weeks. So, 2 days - not such a big deal.

It does seem you burned yourself out, but given how you like to do things - the standards you set - do you think knowing all that you know now that you really would do it any differently?

As you stated (kind of), if you hadn't been so perfectionistic, we wouldn't have your blog, or your book. So thanks for being a perfectionist.
Shauna

Some observations:
You may have done the same thing with your explanation that you've done with your career. It's a closed loop. No one else is good enough for you. You don't need anyone to figure out what you did wrong in surgery, what you did wrong with your career, you've figured it out yourself. Characterizations like being too much a perfectionist, working too hard sound valiant, but everyone has darker sides to these things. If you never let go of control, your mistakes can hide from others, if you're too busy, you legitimize pushing people away.
In other words you don't play well with others, my guess a lifelong trait.
It may be you're in a honeymoon period, you've turned your back on your former self, turned the corner to something new, but get real, you're still you.

I could easily be wrong in one or many ways, but these are still things worth thinking about.

Right. Easy as pie to hide mistakes in a hospital. Not as if anyone else is involved in care.

Writing = thinking. I'm not done with either.

It's always amused me when professional psychologists go on TV and analyze someone from afar. One can only be glad not to be in the care of one who'd do it. Admittedly, blogging is better than TV. But still...

So, like, is it tacky to swoon? You're a good guy, Sid. I nearly finished your book while Daughter was in surgery this week. I've said it once, I'll say it again. Everyone MUST buy Sid's book. In typical Sid fashion, he goes for the heart and never lets go.

for so many reasons this post really spoke to me. i realise the danger of burnout in myself, despite how much i love my job. i plan on sitting down and seeing if i can act proactively to avoid it.

Hello from Australia... Am currently on my surgical internship. This post saved me from a sleepless night.

Your description of burn-out, paranoia, etc., explains a LOT about my recent surgeon. He's top-notch and maxed out, and my straight-forward questions seemed to trip the annoyometer repeatedly - even though I am quite benign. Things didn't add up. Once again, Dr. Schwab, you reassure and you validate. I'll keep these crumbs - nay, these loaves! - of knowledge.

Thanks for that! It is an honor and a privilege, but I know that being mindful of the risks of burnout is really important. I've had enough of a brush with it not to want to again. It is really sad when I see experienced doctors being so obviously burnt out.