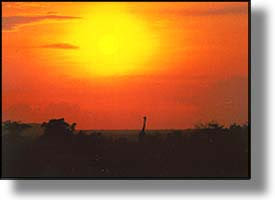 Bongi, whose blog "Other things amanzi" is truly amazing and should be read by everyone for its look into a world most of us can't imagine, mentioned in a comment that he'd like to know details of how I did my mini-gallbladder operation. In his hospital in South Africa, they don't have laparoscopic equipment: for his situation, the "mini" makes enormous sense. So this post is specifically (but not exclusively) for him; I suppose I could have posted it in a comment on his blog, but I thought maybe others will find it of passing interest, for their own dark reasons. Bongi: my only advice would be to work your way slowly, over several patients, down to a really small incision. And don't hesitate to enlarge a very small one when you feel uncomfortable: it's amazing how much difference even a half-inch makes.

The following is a snippet from something I wrote when I first "retired," having in mind a booklet of tricks and tips for surgeons just beginning practice. (Pre-saging my book, I called it "Cutting Through the Fog" and sent it to a couple of friends in academe. They were luke-warm to warm on the idea of handing it out, but I never pursued it. So it sits in my hard-drive, all fifty pages or so.) (The links to pictures of instruments, etc, below, are for the enjoyment of the non-surgeon reader, should s/he find it amusing.)

I tucked the right arm at the side, and the left went on an arm board, extended. Even the very obese fit ok this way. I made a horizontal incision (about an inch in a normal size patient, somewhat larger in a larger person -- usually one and a half. Sometimes two), in a skin line, just below the costal margin at about the midclavicular line. Used a spring retractor (a Weitlaner or Gelpi would probably work), and the assistant placed an army-navy medially. I’d usually hook my left index finger in there laterally. I used cautery to get to the fascia, open it horizontally, somewhat beyond the length of the incision in the skin. I’d cut a bit of the lateral rectus, then spread my way to the transversus, deepening the spring location as I went, retracting in each lateral direction (my finger, her army-navy) and cut through the transversus, and enter the peritoneum either by spreading a scissors or making a small cut with cautery, then poke in my finger and spread open. The spring comes out at this point. In some cases the gallbladder was right there; if not, it could usually be seen by putting in a narrow (3/4 “) malleable. Once you find the gallbladder and grasp the dome with a clamp, you’ve got it made. If it was at all distended I'd decompress it, which greatly facilitated deep exposure. Slide in an unfolded moistened 4x8 toward the cystic duct, using a long deBakey, reposition the malleable on top of it, and have the assistant place a narrow Deaver over the liver medial to the gallbladder. Walk down the gallbladder using two long curved clamps (place one clamp, apply tension on the gallbladder, apply another further down, remove the first and apply it still further down....), while mobilizing adhesions with the deBakey or with a Poole-type suction catheter (metal, the inner portion of an abdominal suction without the sleeve.) When you get to the neck of the gallbladder it’s usually easy to clear off the cystic duct with the sucker. Then, holding traction on the clamps, incise the cystic duct, (usually with long Metzenbaum scissors) insert the Xray catheter with a deBakey and gently clip it in place. It helps to have the assistant hold the catheter at the skin level to keep from dislodging it when you pull out your instruments. Take the Xray with a C-arm and read it yourself, then doubly clip the cystic duct and divide it. I usually wait until this point to clip and divide the cystic artery. Then dissect the gallbladder off the liver with cautery. For some reason I found it easier most frequently to go from bottom up, sometimes dissecting with the sucker, sometimes with the cautery. Use a cautery extender and bend the tip a little. The assistant needs to keep the tip of the sucker near the edge of the wound, which keeps smoke out of the way. For bleeding from the fossa, I liked to touch it with the sucker (thus the need for metal) and have the assistant put the cautery to it. You need to be careful you don’t burn the skin edge with this maneuver. After irrigation and inspection, I’d squirt a little bupivicaine around the hepatoduodenal ligament, and close and infiltrate the wound. Usually three half-inch skin tapes would do it. In a skinny person, two. Rarely more than four. They’d get some ketorolac in the OR, and go home on hydrocodone, ibuprofen, and with some anti-nausea suppositories, for prn use.

Oozing from the fossa was usually controlled with pressure on a sponge stick, placed over a gauze in the field. In very large people, it was sometimes hard to see and/or expose the gallbladder initially. Helpful maneuvers included a deep breath by the anesthesiologist to push the liver down, or to serially walk the malleable clamp over additional sponges placed over the RUQ fat. I used to leave the ends of the sponges out of the wound, but when I got down to such tiny incisions I found they obstructed the view, so I pushed them in. In the very obese, I actually temporarily lost a couple, and needed the C-arm to find them. I finally started using laps when it looked like I might need more than two 4x8s. The only hi-tech goodie was a headlight, virtually indispensable.

I was selective about cholangiography, but did it more often than not. When there were stones unexpectedly, I could usually do an adequate exploratory maneuver through the small incision. Often that meant passing serially larger red rubber catheters into the cystic duct, dilating the ampulla, and flushing out the stone one way or the other. Sometimes a balloon catheter. If successful through the cystic duct, I’d clip it off and end up with no drain or T-tube. I tended to go ahead with a choledochotomy if necessary, and could usually fit a trimmed T-tube into the duct through the small incision, and suture. It might require a minor enlargement. Once we got high-class endoscopists, I felt OK about omitting opening the duct.

Email ThisBlogThis!Share to TwitterShare to FacebookShare to Pinterest
Labels: how to be a surgeon in your spare time, mini-cholecystectomy

I felt like I was there. Very nicely written.

That is amazing! I only have one question, when my gallbladder gives up the ghost (it's a ticking time bomb I'm sure) will you come out of retirement? LOL

I am ashamed to ask for more, having received so much already, but would you care to offer a few more pointers? In particular, how do I convince my co-workers that their participation would be fun, that they don't need the gallbladder anyway, and anyway, how hard can it be?

Felix: maybe a blindfold, a little nitrous, and telling them you're taking them to a surprise party?

thank you for the steps. thank you also for the compliment on my blog. much appreciated. well i'll start putting your method to practice at the first available opportunity.

Whoa. Whilst reading this I could hear a chorus singing*. It's like a quotation from the Bible for budding surgeons. I'm saving this on my hard-drive.

Of course, I'm only a second-year medic whose only exposure to surgery is through a television screen (and a laptop screen for the odd episode of Grey's Anatomy), but it still sounds like what I wanna do someday.

*In fact, I DID have a chorus singing on my laptop as I read this...damn King's College Choir!

ok i've given it a go. first attempt was a 5cm incision, but it was slightly easier because the bladder was not attached to the liver but hung by it's own kind of mesenterium. the problem i had was tying off the artery and duct. we don't have clips so i tied them off. it was slightly trickey through that small hole.

my second attempt went less well. i only mannaged a 10cm incision, which sort of defeats the point.

10 cm constitutes a "mini" in some eyes! Yes, tying through a small deep hole is a challenge indeed. I feel like sending you a clip applier and some clips!