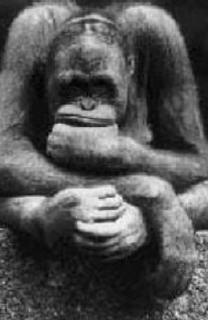 One could describe the relationship between surgeons and medical types as prickly. Oil and water. Farmers and cowboys. The friction isn't so deep as to prevent friendships or cooperation; in fact one of the revelations of private practice (as opposed to the more poisoned atmosphere in training) was the pleasure of the collegial relationships therein. Most of my friends among colleagues were medical docs. But certain differences are inevitable, undoubtedly deriving in part from the divergent personality types that choose among the various fields, and in large measure from the built-in resentments over who works harder, who deserves more money -- who, in short, is more admirable, more deserving, more worthy. You can't blame the medical docs, really, for resenting the glory attributed to surgery and surgeons. (However, you gotta admit it is indeed pretty glorious.)

And so there will ever be acrimony when it comes to reimbursement issues. In fact, the burrs don't reside exclusively under medical saddles: surgeons themselves can get a bit testy when considering, say, how much a urologist gets for a prostatectomy, vs what a general surgeon gets for a colon resection. [Historical note: it was when I was in training in California that a system was put in place to regulate and quantify relative reimbursement for all operations. Called the CRVS, for "California Relative Value System," it came to be pretty much universally accepted across the country by payors, and by surgeons establishing their fees. It didn't dictate the actual fee; rather, it set up a relative scale. If a hernia repair was one unit, then a heart-valve replacement was ten (guessing, but probably not too far off). Surgeons would decide how much they'd charge for a unit, and the numbers fell out accordingly. Whether they'd get paid that amount or not was another matter entirely. Some might be surprised to learn that general surgeons got screwed: that transurethral prostatectomy I mentioned was judged more value-worthy than a colon resection, despite the fact that to do the former you sit on your ass while peering through a scope and sliding your finger back and forth, and send the patient home the next day, and a colon resection may take a couple of hours or longer, sewing bowel together, seeing the patient through a several hospital days. (Surgical fees include part of the pre-op work, the operation, all hospital care, and a few post-op office visits.) Rumor had it -- because the meetings that set up the scale were occurring while I was there, and we knew the general surgeon representative -- that the guy representing general surgery was so busy he missed most of the meetings. We general surgeons, we of the broadest surgical repertoire, we who considered ourselves "internists who can operate," we found our work relatively undervalued.] (Boo fricking hoo, say the medical docs.) So fiscal friction isn't limited to surgical - medical conflagrations; but it's where most of the fire is generated.

Attributing relative value, no matter what occupations you compare, strikes me as impossible in any meaningful and agreed-upon sense. As a matter of fact, I've always felt that the general public health would be much more adversely affected if garbage were not picked up than if doctors disappeared; so how much should a refuse-nik get? Nor can I calculate how much surgeons ought to make relative to medical docs, other than to believe strongly that surgery is a lot harder than general medicine: time to learn it, hours of work, stress, liability, family sacrifice, yada yada. How much that means in dollars, I have no idea. [Funny story: a colleague sat on a fee-setting committee for a local insurance company. He tells me one of the older family docs who still did lots of surgery (badly), came to the committee arguing that surgical fees for family docs should be higher than for surgeons. "Because the operations are harder for us to do." The new definition of chutzpah.] I really am sympathetic to the plight of the primary docs, and (not kidding here) think they are relatively undervalued. But the way they like to frame the argument pisses me off exceedingly. The problem, the irritant, the casus explosi is the use of the term "cognitive work," and it once led to the re-convening of the SUC Committee.

It may well be true that procedures are overpaid relative to, relative to.... what? Office work? Health management? Primary care? You name it. But don't call it "cognitive" work, if by that you mean that surgery is non-cognitive. The view that surgeons are just technicians, that surgery is all about mechanics and nothing else, that primary care doctors deserve more because they THINK more -- well, that view SUCs.

"We surgeons are sympathetic to our medical brethren," began the memo I produced in the name of the non-existent Surgical Utilization Committee. "We find the argument persuasive that cognitive work is relatively under-compensated, and herein suggest a method by which the issue can be addressed. We think it possible to separate cognitive work from procedural work, to the benefit of all physicians and their patients. As an example, we propose the following reimbursement scale:

Using this model, we are confident that cognition can be given proper recognition and compensation; in fact, we stand ready to argue strenuously for significant and substantial increase in payment for cognitive services, and for putting procedures in their proper place, relatively speaking. Please join us.
Surgical Utilization Committee (SUC)"
Posted by Sid Schwab at 7:30 AM

Actually, most urologists consider the TURP to be an operation that requires a lot of skill and one which is fraught with risks. There is a surprisingly high percentage of M&M associated with it.
But in any case, Medicare only reimburses $600 for this procedure now.

I thought of you, Dr. Schwab, when I admitted the pancreatitis patient I blogged about to my favorite general surgeon. Over the years, I had gradually been "influenced" by many of the surgeons at my facility to admit only patients with clear indications for urgent surgery to the surgery service; otherwise patients with nonspecific (or even specific) abdominal pain but inconclusive CT scans, pancreatitis/diverticulitis without perforation/abscess, "partial" bowel obstructions, etc. would have to go to Medicine with a surgery consult.

Fortunately, I have gradually found a few surgeons like yourself who enjoy the challenge of more "cognitive" work as well (wink), and I appreciate their willingness to help me out with such patients. So I refer patients to them preferentially.

As an ER doc, I really have little idea how skilled a particular surgeon is in comparison to their colleagues. The only way I can really differentiate between them is how thoughtful and receptive they seem to be when they respond to my consultations.

keagirl: I know. Making a point. Poetic license. Maybe I should have said byootocks.

scalpel: well, it's not as if I sought out those acute pancreatitities. Non-operative management was much desired. Best scenario: find it was a CBD stone, let it pass, elective chole. Otherwise, it could be a horrible mess. (Note to readers: we're talking about a post on scalpels blog, on which i commented. I think pancreatitis would be a good source of a post here, too....

this cracked me up, nice one. you guys certainly work harder, i'll give you that, and if i were in charge you'd make a million a year, and i'd make half a million. but don't forget that seeing 25 patients a day, each with 1-20 chronic illnesses including the lady i saw today with sarcoidosis, bladder cancer, and sjogrens' (no joke) took a lot of mental work behind the scenes as i stayed late to read up on all i should be doing for her.
lifelong learning, balancing of multiple pathologies, unbelievable trench work in 15 minute impossibly short office visits - that takes a toll, too.

i have stolen one of your historical skills for myself though. i cut my own hair.

I see the medical docs as running marathons and the surgeons as olympic sprinters.

Both are great accomplishments, both take similar skills but different talents.

And the goal/finish line is a patient, improved, intact and as healthy as possible given their circumstances.

And speaking of intact, I nearly split a gut over the cost breakdown... : D

the relative values of procedures can get a bit screwy because they were set 20-30 years ago where technology was different - arthroscopic/cystoscopic procedures were much harder and longer then.