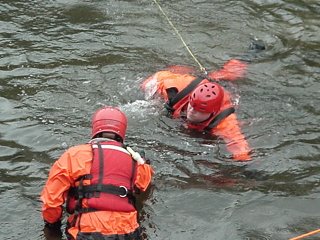 Somewhere in my previous post, written in full jet-lag mode, there was a point trying to work its way to the surface. You couldn't have figured it out from reading it, but I'm pretty sure I'd eventually have found my way out of my wearied writing, my sleepy similes, and gotten there. You must understand that I'd been riding in the New York subways, passing stations, making complex connections, stumbling in subterranean stupor owing to a couple of night's sleep interrupted. In the first case it was because the hotel saw fit to register someone into our room, at three a.m. Suffice it to say it was startling to all concerned. The fire alarm the next night was minor compared to that. My point, had I gotten around to it, was to consider the ways in which doctors do or do not consult each other when they should, or shouldn't. Got that? As I recall, I'd said something about really liking the challenge involved in carving out a piece of colon with bladder attached to it, and feeling quite capable of handling it myself, without the help of a urologist...

It's actually a complicated and interesting subject, flavored with many important elements of the safe practice of medicine: knowing one's limits, sensing when to call for help, controlling ego; as well as surrendering to medico-legal reality. Covering one's ass, whether it's naked or not. Maybe a few examples will be edifying:

1) A colleague recently accepted in transfer a patient that had been hospitalized elsewhere with a bowel obstruction. At that hospital, the policy is that bowel obstructions get admitted to the medical hospitalists, who call surgeons only if the patient doesn't get better. In this case, "not better" meant being behind about eight liters of fluid, with all the accompanying signs and symptoms of severe dehydration.

2) During a complicated hysterectomy, a gynecologist made a tear in the rectum; I was immediately called and, despite the absence of prior bowel-prep, closed the hole directly, placed a pelvic drain and a trans-anal rectal tube and the patient recovered uneventfully.

3) Operating on a man with multiple gunshot wounds, I repaired several intestinal holes and explored the left kidney which had a through-and-through injury. I called the on-call urologist, told him what I planned to do, offered him the opportunity to come in an check it out himself. He no-thanked me.

4) The first and only time I injured a common duct (the main tube carrying bile from the liver to the intestine) was the very first operation I did in practice where I had the referring family doc instead of a surgeon helping me. I called in my senior partner, excused the family doc and repaired the duct with no long-term consequences.

5) A patient with a colovesical fistula is referred to me. I operate and fix it.

6) A patient with a colovesical fistula is referred to a urologist, who works him up and sends him to me. I do the colon part, and let the urologist fix the bladder, if he wants to.

7) A young family practice doc was doing a routine hernia repair (there was a time in my community when family docs were allowed to and liked to do quite a range of operations.) More or less inexplicably (it's really hard to imagine how), he cut the femoral artery, held his finger on it until help arrived.

Rather than go on for pages and pages, which I easily could do, allow me to comment on each of the above:

1) Such a policy could, I'd think, only exist with the approval or acquiescence of the surgeons. It's unthinkable to me. At the very least, every patient with a diagnosis of bowel obstruction (the diagnosis is wrong more often than you'd think) ought to have a surgical consult at the time of admission. Medical docs -- with some exceptions -- simply can't diagnose or evaluate (let alone treat) bowel obstructions, and have nary a clue about "surgical" fluid requirements. And shame on surgeons who'd abdicate the responsibility.

2) Things happen. She called right away, I was glad to help, the patient suffered no harm and everyone was happy.

3) Had this been in residency I'd not have called. In private practice, even I felt the need in some way to cover my ass.

4) The classic situation: a seemingly easy-as-pie gallbladder operation. I think there are fewer injuries that happen in really difficult dissections; in this case, the patient had virtually no cystic duct (the tube between gallbladder and common duct) and a tiny common duct. I thought I was dissecting out the cystic duct until I found myself in the pancreas. I was young then. I don't know who was more horrified: me or the referring doc. I do know he was happy to get the hell out of there. Nothing about the repair specifically required another pair of surgeon-hands, but I wanted them anyway. Being out of training only about three months, after repairing the injury over a T-tube, I wrote to my former professor to ask how long he'd leave the tube in (a tiny tube in a tiny duct.) The way I put it in the letter was "I was recently called upon to repair a common-duct injury...." I wonder if he saw through the fog machine...

7) This is wrong on so many levels, and I hasten to add that it's from a while back -- but not as long as you might think. It's pretty rare that a family practice doc coming out of training currently would delude him- or herself into thinking that he/she knew enough about surgery (having spent a few weeks on the service) to attempt a hernia repair; nor to have so little sense of limits as to be willing to take it on. (Nor are there many places where it would be allowed!) But it denotes a fundamental problem that faces any physician -- not to mention all health-care professionals: knowing when you're in over your head; knowing how to sense it before wading into the deep end of the pool; and, failing that, knowing when to call for help. It reveals, I think, a fundamental difference between the training of surgeons and pretty much everyone else. Sick and brutal as it may be, the constant haranguing of trainees -- the endless reminding them that they know nothing, that they're a bunch of screwups, that there's a chain of command they must follow, that if something goes wrong they are responsible -- all that stuff that's unique in its severity in surgical training makes for a deep and abiding sense of limits. More than anything else, that's what keeps patients safe and their doctors out of trouble. And having recently posted on the travesty of the current malpractice climate, I'll also say (as I implied in my final post on the subject) that one worthwhile outgrowth of that cesspool is the forcing of doctors to address their limitations. A few years ago, it sure as hell wasn't happening in some training programs. I'll post more about that little tidbit, soon.
Posted by Sid Schwab at 9:01 PM

Aaah, yes... there is much value in the constant haranguing and much to be said for knowing one's limitations.

I remember fondly my first surgical term. The day before I started I was sternly told by the head of the unit:

"Remember: you're not here to show initiative. You're here to do exactly what we tell you."

Then on the last day of term he said:

"Barb, you've been great. You showed initiative and that was great."

Wow. I have to admit, Sid, that this is the very first time I have ever read a cogent argument for the inhumanity of surgical training. You are correct about the need for understanding one's limits, and clearly the current method (usually) works. What I need to think about now is whether it is the only way (or perhaps the best way) to accomplish that end.

Stay tuned. I'm going to continue the thought in a way that will likely piss off my family doc readers (unless they accept the proposition that my thinking has evolved...)

In some sad way, does the increasing litigious culture encourage docs to address their limitations also?

Helloooooo? Please don't tell me the urologists call the general surgeons for every cystectomy and ileal conduit formation because 'Gasp', the urologists atcually have to cut bowel? I think urologists are competent with bowel, out of necessity. The abovementioned operation is so common, and involves things like ileostomies and anastomoses,etc, that there is no excuse for urologists not being able to do bowel repairs without bothering the general surgeon.

anon: I don't think I suggested urologists should call surgeons for such things. On the other hand, I do think in an example I citied, when the rectum was entered inadvertantly and a colostomy made, had the urologist called a surgeon he might have 1) avoided the need for a colostomy, 2) brought the right end out and/or 3) covered his ass. I know how to repair a ureter; were I to damage one, however, I'm pretty sure I'd call a urologist.