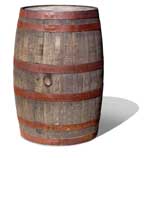 I'm in New York City and have been for a couple of days. In a previous post, I mentioned the death of the son of very good friends. Last night one of the dance clubs where he did his DJ work put on a memorial dance in his honor, and we came. It was memorable in many ways.

I'll be a little short on the blogging, I guess, until we return home. Meanwhile, I've been thinking it's time to turn on the lightness light for a while, having gone dark in the last three posts. Unrelated, I'd say, to the fact that we're in NYC, I've been thinking about a few adventures I've had in the rectum. Turns out, it gets used for much more than the blueprints specify, container-wise.

So let me get off to a brief start, in the form of an anecdote about a partner of mine. When I arrived in my present location, all those years ago, my impression of that partner was that he was taciturn and indrawn; a good surgeon, but closed up. I completely missed his dry and incisive sense of humor, until another partner told me this:

In the middle of some night, Partner B was operating on a man who'd ripped a hole in his upper rectum (the part in the abdominal cavity) as a result of, let's see, pleasuring himself with a baseball bat. Needing an extra pair of hands in those wee hours, he called in A who arrived promptly and before scrubbing up, stuck his head into the OR and said "B! I didn't know you did sports medicine!"

True story: I was working in an ER in San Francisco. Man in his 20s comes in with rectal bleeding. I asked him if he had inserted any foreign bodies into his rectum that would cause bleeding. His reply: "No foreign bodies, doctor. Only Americans."

My med student fiancee says one of her radiology professors brought in the set of slides he calls his "Rectal Horror Picture Show." I'm sure that would cause nightmares . . .

Sheesh! Strange stuff. Hope the rain here in the city isnt putting a damper on the outing.
I found that funny btw. peace, Marcia

I didn't know about your friend's son (must have missed that in the post), so I'm sorry to hear that. Hope you have fun in the Manzana Grande.

As for this patient, I'm sure it was a simple case of his doing batting practice for his softball team at 4:30am, naked, when suddenly on a rather "aggressive swing," he slipped and fell on the bat. Of course, since nothing like this had ever happened before to him in this sensitive area, the damage was extensive...

From our attending (when I as a tmed shool)that's happens often - we saw a case where person put thick glass decanter. ANd the plug got stuck, that ws really difficult ot remove, since that was very slippery and fragile.