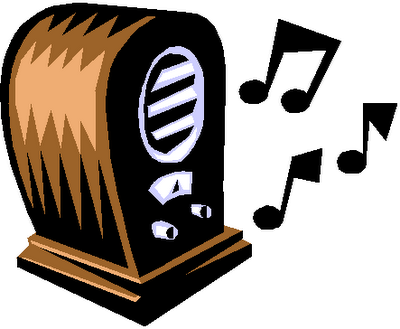 My chief of surgery during training, Dr Dunphy, had a few rules for the OR. Worried about little hairs falling in the wound, he told us never to get a haircut the day before doing surgery. 'Course, he'd never be caught dead wearing a nurse's bouffant net hat, which is what I wear nowadays, which is why I don't think it's a problem. Perhaps he only showered on Saturdays, being old school, but I doubt it. Anyway, it's a rule that I've not seen followed currently. (Parenthetically [which is why it's in parentheses], I've cut my own hair since I was in college, saving enough money to buy a car, I'm thinking. Maybe working in a mirror for all those years is why I caught on to laparoscopy so easily: depending on where the camera is, your moves look backwards.)

Likewise the silence thing. Dunphy eschewed any extraneous talk in the OR. The reason -- a good one, really -- was the unnecessary spewing of talk-droplets. Problem is, he broke the rule all the time. A garrulous Irishman who liked little better than telling a good joke, he couldn't resist it anywhere, anytime, followed invariably by the hearty laughing at his own proffering. No sycophants, we; our chiming in with laughter was genuine. He was a natural story-teller, and knew a good joke when he heard one. (As opposed to..... oh heck, I promised myself to stay away from politics for now.) And of course there were times in the teaching institution when lots of necessary operative talk ensued: explaining a difficult procedure, demonstrating or correcting technique. It could be quite extensive; and I was never convinced that saying words such as "retropertioneum" or "white line of Toldt" or "Jesus Christ, man, what are you doing!! Stop!! Let ME do it" conveyed fewer bugs than "what did you do this weekend" or "you can handle my instrument any time you want." (This would seem a good time to mention that loose talk in the OR is often loose, indeed; thick skin, sense of humor, and disinclination to see sexual harassment in the telling of lewd jokes are all useful traits for surgery personnel.)

Dr Dunphy also thought music in the OR was a distraction, and unprofessional. Given that the breaking of that rule required active and directed effort and, in the days before iPods, the lugging around of equipment, it didn't happen. Since professors' preferences (to describe them softly) were generally inculcated with (quoting my book, now) a blowtorch, or in ways that could induce self-soilage, there were many beliefs and behaviors that I took away from training that were hard to revise, even when there was ample evidence that they could or should be tossed out. I'll save the more interesting and amazing examples for another post: today we're just talking about the sounds of surgery. OK, I'm gonna go on a slight tangent here, at the risk of negating the kind words #1 dino said about me: I do have a favorite OR sound, and it has nothing to do with the thrust of this post. It comes from an ingenious device called an LDS stapler (no relation). When you pull the trigger on the device, which is gas-powered, it makes a k'chzzz sound that is deeply satisfying. (On the other side of the surgical sound spectrum is the descending tone of the oxygen monitor, as a patient's O2 level drops. Bad sound.)

Back on point: for a while after I entered the private practice of the surgical science, my operations were conducted in relative silence. I'm not sure what changed. For one thing, my partner -- with whom I operated nearly always -- talked up a storm and it didn't seem to cause infections. In training, where there were usually at least two more people scrubbed in than needed (some of whom -- no offense to my med student readers, whom I revere and admire and of whose enthusiasm I'm envious and nostalgic -- probably contaminated themselves five times in the process), and operations took twice as long as they do in real life (now I'm REALLY losing the dino), wound infections were as commonplace as moss in the Pacific Northwest. In practice, they are astoundingly rare. So what the heck: yak away. And I've come really to like music in the OR as well. In fact, studies have been done that have confirmed benefit in terms of reducing tension.

Used to be that the anesthesiologist was the designated disc jockey. They can put away the journals or business magazines they read long enough to spin some tunes, and they do. Some bring their own music, playing in the way of their choosing come hell or high water (sometimes water of the red kind.) Others are willing simply to be the mechanic, playing what's requested. Some surgeons insist on their own genre, giving no thought to the idea that others may not like it. Others -- and I put myself in this camp -- are pretty omnivorous musically and are happy to let others choose. I'd often ask patients if there was a type of music they'd like to have played: while awake, the reasons are obvious. And I'm not beyond thinking that at a subconscious level it might have benefits while asleep. If I may humbly say it, my iPod playlists have become objects of desire of many of the nurses (the only part of my gestalt of which such a thing can be said), and when for whatever reason I haven't brought it, disappointment prevails. I tend to favor a mix of new and old rock 'n roll, or blues, or jazz. Jazz, it turns out, is less generally favored, in my experience, so I'm selective. Can't explain it; but I go with it. Many ORs now have computers online, so streaming audio is supplanting the iPod. Might be just as well: I've left my iPod in the OR a couple of times.

Many surgeons seem to like the music no matter what. For me, there are still times that call for silence. Maybe it reflects poor powers of concentration; but if things get dicey, when I find myself working in a critical area where anatomy is distorted, where things threaten to go south at any moment, I ask everyone to stop talking, want the music shut down, and I go into a world of my own: focused, eyes boring in, tunneling into the job at hand with complete purpose of mind. No distractions, no fun. It still works for me.
Posted by Sid Schwab at 4:59 PM

I was told that the surgeon who removed my fibroadenoma was fond of listening to country music in the OR. Maybe that's why (so they say) I kept waking up and trying to talk to them-- I hate country!

I recall my dad telling me that when he removes bullets during surgery he likes to toss them in a stainless steel basin to hear them clang. Cowboy style.

Don't sweat it, Sid. Rule #2 is "Say something," not "Just say one thing as succinctly as possible." I always love reading you.

You're also not alone in your need for silence at times of intense concentration. My father has been a pilot since he was 16 (he's now 78) and when we flew with him as kids, the rule was "silence during the landing," which was defined as the end of the roll-out. No talking until after we turned off the runway. (Of course he used to joke that that's always when he got lost. He could navigate well enough to fly an airplane across six states just fine, but once on the ground at a strange airport, forget it!)

When I woke up from my mastectomy I asked "why did you turn off the music?" I don't know what they were playing or how I knew it had been on, I just knew at that time it was important to me. Maybe the music does get through on some subconcious level

A chairman of anesthesiology once threatened to break my boombox if we played music in the OR. I pointed to his array of electronic equipment at the head of the table and told him "If I had about $60,000 worth of electronic gear, I wouldn't get into an equipment breaking contest with the owner of a $100 boombox." Not much trouble after that.

Oh Doc, you won't believe what i did the other day. Actually, you will. And it happens all the time. But for the first time in my few years of scrubbing, i was gowning up and - touched my scrubs. Back to the sink for me. It is so demoralising!
Which brings me to the question: How often do you reckon people who scrub dont own up to contaminating??

Love your blog, have shared it with my collegues. In the process of ordering your book... do you know it's available in at least 3 Australian book shops? Very cool!

During my OR rotation in nursing school most of the surgeons played music that the patient liked.

aussie med student: I'd say little contaminations happen frequently. I remember a study many years ago wherein gloves were painted with some sort of stuff that showed up on a wood's lamp or similar, and after an operation the OR was scanned, finding areas lighting up all over the place. I'd guess that known contaminating touches of gloves or nearby sleeves are nearly always noted. Letting a touch of a shoulder area, for example, probably is let go deliberately with some regularity.

I like knowing my book is on a shelf or two down under.

Having scrubbed for a Gyn/Onc who sometimes did major 6 hour plus tumor debulkings, we would measure the complexity of the case by the number of songs played on hid ipod during the procedure. When the playlist began to repeat itself (this was before multigazillion gig memories) we knew it had been a long day.