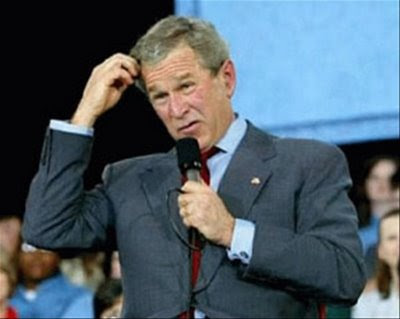 I simply don't get it.

Quite aside from the fact that the plan to disrupt health-care town-meetings is overtly to stifle honest debate on a very difficult subject, and despite the fact that there isn't even a bill yet (only a House version and several Senate versions that need reconciling), and even imagining that the anger is real and not ginned up by the distortions and outright lies of the right wing media or fomented by interest groups with a long history of ripping off the health care system for legal profit -- not to mention being fined one point seven billion dollars for fraud -- overlooking all of that: what the hell are these people so mad about?

As far as I can tell, the proposals out there -- the ones that are actually in writing as opposed to the absolutely insane claims of the Rush O'Beckly axis of a$$holery -- are fairly weak-kneed attempts at maintaining the status of most of the quo. Are people really that upset about a bill which aims to prevent their care from being disallowed? Is making insurance portable, and preventing the companies from pulling the plug on coverage when you get sick really that infuriating? In what way is any of it socialism? Do any of the protesters even understand the word?

Yes, there are plenty of problems -- huge problems -- with reforming health care. Which is exactly why the stifling of discussion is so tragic. But can it really be that those screamers and yellers and shouters like things the way they are? Premiums doubling every few years? Losing coverage when they lose a job? Defacto rationing by insurers bent on keeping as much of their money as possible, not spending it on actual health care? Is that what they want? Do they really hate Medicare?

What's so entirely dispiriting is the extent to which these mobs have been whipped up to argue -- once again -- against their own interests. In the most cynical of ways, for the most ignoble of reasons -- ratings, on the one hand, vis a vis the insanity that is Fox News; and pocketbook, on the other hand, vis a vis the insurers who are making billions off the dollars intended to provide medical care -- people have been spun into outrage based on a series of outright lies. Socialism. Coming to kill Grandma. It's unbelievable.

Except that it isn't. Headlong and happily, we're heading off the cliff, cheered on by the very people for whom the system is working fine: making them rich indeed while millions suffer. It shouldn't be possible, it shouldn't be that easy to decieve, but most clearly, it is.

The only thing I can't figure out is this: where do those guys plan to go when this country, at their urging and entirely of their making, is fully down the tubes?

Dang! I thought that you were back. I miss your writing.

Sorry. For some reason I found it as an unpublished post from way back, so I published it...

Hey, deepest thanks for "Rush O'Beckley"! If it's yours, you're a genius.

I fabricated my own mashup of xian a**holes:

A few months later, Falwell demonstrated (to the coroner, anyway) that he possessed a cardiac-thingy. Thus, the triumvirate of inhuman haters fell apart.