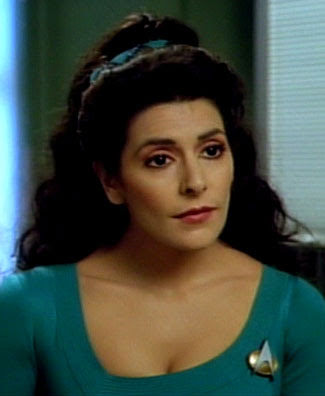 I received an email from a reader who plans on a career in surgery; she asked about empathy, or lack thereof, and how it affects a surgeon. It's an interesting question, and it plays in both directions. Other than situational intensity, I think it's the same for all docs.

Conventional wisdom has it that doctors must retain "professional distance" from their patients. To allow oneself to cross the line (where ever it might lie) and become too close (what ever that might mean) is to risk letting one's judgment become clouded when difficult decisions must be made. The argument is not without merit; to the extent that physicians must be dispassionate in their thought-process, I fully agree. But I think the calculations that are made necessarily include some knowledge of who the patient is. And, as I've said more than once, I think it's part of a doctor's job to instill confidence and trust in her/his patients, because I think it helps them to deal with their illness and recovery. In part, that requires the ability, at some level, to see inside their heads: empathy, in other words. Looked at that way, it's part of the job.

At minimum, I'd say, it ought to be possible even for the most aloof doctor to imagine how he or she would like his or her, say, parents to be treated by a phellow physician. For those who lack it naturally, empathy, one would think, ought to be acquirable, teachable, emphasized as a needed tool in a doctor's bag of tricks. Relating to patients from a place lower than a high horse; treating with respect and kindness; these are as necessary, in my view, as any other skill a doctor needs. It comes from empathy. If you don't have it, fake it.

The flip-side is the question of physicians' personal well-being: if you empathize with all your patients, do you risk bearing too much of a burden? Does it lead to burnout? Is that "professional distance" necessary for one's own survival -- forget about the patients.' As I see it, that is in fact the higher concern. Paradoxically, empathy needs pairing with the ability to compartmentalize, to relate one-on-one and leave it behind when you walk away. As if that's actually possible.

Somewhere above the middle on the list of factors in my own burnout is the sharing of pain with my patients. As my practice grew to include more and more patients with breast cancer, as one very large example, so did the proportion of patients that came to me with it every day. And as the years went by the average age seemed steadily to lower. More and more frequent it was that I found myself in my office, face to face with a young woman and her family, little kids, my words bouncing off that terrified mask, ineffectual, trying to balance hope and honesty. Each one was a little more painful than the one before; each time my chest felt tighter, my desire grew stronger to tell my nurse never to schedule another such patient. Worse, I had to fight harder and harder to resist the urge -- hollering from within my own burning brain -- to paint a rosier picture than the situation called for. Just to avoid the tears and the terror. (If empathy can be learned, I'm not sure it can be unlearned.) I think I never yielded. But the whispered temptation was among the voices telling me it was time...

It's easy to sympathize with doctors -- and stereotypically, anyway, it's more likely to be surgeons -- who purposefully remain above it, who relate to their patients in a perfectly matter-of-fact manner, or worse. And yet looking back on my career it's the times I've been thanked for kindness, have been told the time I took was appreciated, of which I'm most proud. Beyond telling myself I was good with the mechanics -- which I do, rightly or not -- it's the sense that I cared deeply that I think made me who I was as a surgeon. And without doubt, it's also a large part of what shortened my career. Had I cared less I might well still be at it.

So here's the answer I should have given the young woman: I haven't a clue!
Posted by Sid Schwab at 6:00 AM

I'm not very empathic by nature - or at least I don't *feel* empathic.

But my therapist tells me I do seem to have some skill. I think though that I 'fake' it. I find it hard to *feel* what others feel, so in effect I intellectualise it. I end up - more and more subconsciously, admittedly - analysing and verbalising to myself their reactions in order to come up with a suitable response.

But yes, people skills are probbably as important as techical skill. I'ven't had surgery since I was kid - and I don't recall anything about that really. I don't think much was done beyond cleaning the wound and making the best of the bad lot that was my crushed fingertips.

Patients aren't all alike, so they should be treated accordingly, and that does indeed require some reading. For instance my therapy is different from what it would be for a less intellectual person. I *like* being let in on the behind the scenes goings-on. Informal chat about the datedness of Freud, words like "intro-/extroising", "auto-/alloplastic" and so on makes *me* feel comfortable.

If - or I guess that should be when - I get cancer I think I'll like to be treated with professional respect and distance. I'll want to be let in on all the nitty-gritty details. Something concrete. Not kind words about how it'll all be alright. That would certainly jive with my usual coping mechanisms.

But I do have enough empathy to see that many people *won't* want to be treated that way.

I'm not a surgeon, but as a fairly young primary care doc, I find myself empathizing somewhat with you.

I too hear and so far pretty successfully ignore those whispered voices urging me to sugar-coat the bad situations patients face.

Had a particularly tough one this past weekend in the ICU. Patient post arrest on vent with massive hypoxic brain injury. Relatively young woman with a wonderful, sweet, loving, large family all looking to me with hopeful eyes, and as gently as I could, I had to let them know I had little hope to offer.

Mercifully, the husband made the decision for DNR status, and even more mercifully, she gently passed away in the early morning hours before the family had to make the decision to pull the plug.

This one will stick with me for a while.

I enjoy your blog. Please keep it coming.

Jerome Groopman at Harvard writes that he alternates time in his research lab with time with his patients so that when the losses get to be too much, he's got a place to retreat to and catch his breath. Many of his patients have HIV.

I've made a point of telling my most empathetic doctor how grateful I am for his caring and support, that it in fact saved my life while I was in critical condition the day that, for his sake, I couldn't let go: because he cared too much about me for me to do that to him. I've told him that someday when I DO go, it won't be his fault. It'll simply be the nature of things. But till then, together we'll fight for every last moment.

Fortunately, right now, we can put the drama aside thankyouverymuch and just go live life without worrying overly much about it. But I am still here because he cared so deeply and I knew it and responded to that.

Telling him so made all the difference in the world to him. And so I wrote it into my book, too, to tell the whole world.

Being empathetic, not sympathetic and not burned out is quite an energetic dance. I think you got it as smooth as Fred or Gene, but it does take a lot out of one, doesn't it?

Whoa. You do know you write too well for just a blog, don't you? You should be sending some of these posts to your publisher for a collection of essays or something. I do cry very easily these days, but this one did bring tears to my eyes .... obviously, I'm empathetic!

Seaspray: generally, yes. The intensity of the operation takes precedence over other considerations. But when it comes to a crossroads (for example, do I give this person a colostomy or try to get along without it) I'd have to force myself to be dispassionate, sometimes.

I often joke about going into 'surg-psych' (like med-psych) because I am scared about Surgery, that it will change who I am. (I'm already getting short of patience. I find myself in elevators irritated at people who get off at the second floor...) and hoping that double boarding in psych will some kind of personality disorder prophylaxis. I haven't any of this blog, not even this article, but I will--but before I read it I just want to say that mere fact that you write a blog, to self reflect, makes it seem possible to be a surgeon and a human being.

Interestingly enough, I came across a few excerpts from 'The Woman in the Surgeon's Body' upon recommendation from a facilitator. It went to great lengths to suggest that women surgeons, regardless of the extremes they presented, are always the more compassionate and empathetic versions of their male counterparts. (Naturally, male surgeons are patient-hating misogynists.) I was floored when I realised it was published in 2000. Surely we'd broken away from gender attributes by now? I resent the idea that maternal instinct has a role in a surgeon's ability to be compassionate. Were that true, women ought to be excluded from surgery on the simple grounds of maintaining mental stability.

One of the more frequent interview questions asked is 'What is the difference between empathy and sympathy?' This kind of compartmentalising seems to be a real issue at my school. We're rather famous for our ASAP attitude towards patient contact. Whilst I don't doubt its educational value, I expected idiot first years to be sheltered from the more sensitive cases. Sink or swim seems to be the take home message, though a growing chunk of group meetings seem to be devoted to debriefing the more fragile characters. Something tells me this is a rather unhealthy method of teaching students how to compartmentalise.

I suppose it's only natural that the more emotionally charged fields generate physicians of inversely proportionate empathy. As you said, it's a survival mechanism.

Wow, Sid. Just. Wow. As one who loves to write about what goes on in docs' minds, you've given me a powerful tool.