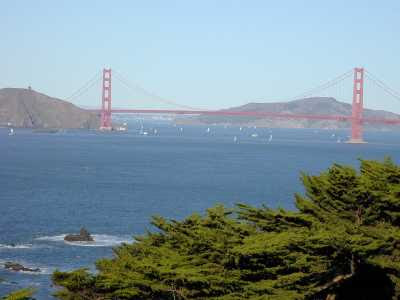 A year ago I wrote about the death of the son of some really good friends. He was at the Burning Man gathering in Nevada at the time, and this is the anniversary; the event is happening again now. Our friends are drawn to it, to see what it is that their son loved so much, as a way to connect to him. More than several decades beyond the demographic, they really want us to join them for some sort of mutual support. So we are. As some may already know, it takes place in the middle of Nowhere, Nevada, in a dry lake bed, where the soil is hard-baked and cracked, crunched into dust by the feet of tens of thousands of celebrants, and wind-blown into faces. Bring masks, they recommend. Be prepared for 105 degree heat, and for the fact that other than porta-potties, nothing is provided. For fifty-one weeks of the year, it's as empty and desolate as the moon. Not, I need to admit, my preferred milieu. We're only going for a day, having opted against tents or campers. The idea is just to get the feel of the place, to mingle with the crowd. Our friends are bringing some of their son's ashes.

So at the moment we're in San Francisco, our home for seven years (with a couple away for the Vietnam War) when I was in training, thirty years ago; it's the first time I've been back in a very long time. We've met our friends here, and will be driving to Reno for a night on either end, the hot spot in the middle. I'm expecting to be close enough to heat stroke and exhaustion that I'll not be able to appreciate the beautiful naked bodies that are a hallmark of the event. (If I'm wrong, I'll let you know.)

It's amazing how little the city by the bay has changed in the past thirty years. The downtown is different in places; and the street cars now traverse Market Street under ground, which is nice. But the neighborhoods look just the way we left them. Store fronts reside under different signage. Our favorite ice creamery is now a Thai restaurant. But the San Francisco streets and the homes thereon are as they have been and, seemingly, will always be. I loved it then, and do still. Near the med center we saw men and women walking around in scrubs; I felt a desire to approach to see if they were surgical residents, or OR people. To tell them I'd been there, too. I knew the place, I was like them. But I didn't.

Golden Gate Park is a treasure. Some of the buildings are different (notably, the de Young Museum is entirely new, and not particularly attractive: but it has a tower with a spectacular 360 degree view). The grounds, the roads, the trails -- much travelled by us in those days -- remain as they were, and beautiful. When we lived here (it pains me to say we actually bought the little house we'd been renting, and sold it when we left. If only.....) we had a guy come to help us clean up the unexpectedly deep and narrow back yard which included a tall cypress tree. Having cleared and pruned, we then maintained the yard as a personal refuge from the city and the fog as it often cat-footed to our front door, but didn't dog us in the back. Abutting a shoulder of "Tank Hill," which is an appendage of Twin Peaks, our yard looked onto a barren hillside, alone, and felt like an oasis plunked into Arizona. We had a pond into which I implanted a little fountain, aerating some goldfish and lily pads. The guy I mentioned was an old man -- twenty years older than I am now. We found him in the phone book under AA Landscaping. Good marketing plan. When much younger he'd actually worked under John MacLaren, the original landscaper of Golden Gate Park, helped plant the place. Chester Christiansen, his name was, and he tore through our overgrown place (the previous occupants had let it go, to say the least) like a helpful hurricane, discovering terraces and tiles, weed-hidden shrubs and plants. He even brought us some of his own flora, gratis. (Like everyone else, he was taken with my wife and her enthusiasm; not to mention her knowledge of the plants we had and wanted.)

I can't say the place feels like home any more: it's been too long. But I can capture the sense we had once, living here. Some big cities have a more friendly feel than small towns. Here, there are distinct and identifiable neighborhoods. We had one of our own, once, where we knew neighbors, merchants, and secrets.

Dr. Schwab,
I grew up partly in the Southern California desert where I remember the temperature getting up to 128 degrees one day! 105 was a nice day:). Best of luck on your trip, as I think that reflection is one of the best qualities that we as human beings can have.

sidenote: I couldn't figure out how to change the blogger name, not very computer savvy, but I'm formerly known as "happyj.":)) I enjoy your medical blog so much because I feel that it demonstrates humanity to up and coming doctors.

Wow I hadn't read your entry a year ago but reading it just then had me in tears for the pain your friends and you must be feeling.

I hope that going to Burning Man turns out to be a wonderful experience for them to help reconnect with their son and find peace.

Wow. I never heard of Burning Man before but it sounds like quite an experience. I hope you enjoy it and bring enough fluids to avod heat stroke.

Dominic A. Carone, Ph.D.
Founder and Webmaster of MedFriendly.com and The MedFriendly blog.

I'm looking forward to your impressions of your experiences at Burning Man. Hope your friends have some sort of positive closure.

May you come home safely.

Dr. Schwab, your friends' son was a friend of a friend of mine. I remember hearing about his death at Burning Man last year. He touched many lives in a positive way and is still remembered.

I hope you had a wonderful time at Burning Man. It is one of the most unique physical and social environments in the world. No matter how familiar it becomes the intensity and wildness keep drawing me back again. I would love to hear your thoughts on it at some point.