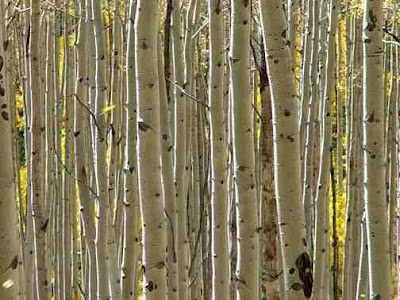 Sometimes it's hard to see in front of your face.

When I started in practice here, I took over for an older surgeon who was retiring, and inherited most of his long-term patients. One was a woman with a pretty amazing surgical history, beginning with a rare tumor in her pelvis, slow-growing but difficult to eradicate. She'd had several increasingly difficult operations, and with her last recurrence she was told she'd need a hemipelvectomy to have any sort of chance of control. Facing such a thing was too much for her -- in her twenties at the time -- and she refused. Somewhere along the line, she'd had a transverse colostomy, the most unpleasant of all to manage: the output is semi-liquid, bags don't fit well. A mess, often. When it had been done, it was because of impending colon obstruction from tumor. Suboptimal for a permanent stoma, the transverse location had been chosen in order to avoid operating close to the pelvis. When I first met the lady, it was twenty years later.

Now in her late forties, an advertising exec from out of town, she'd been coming for yearly checkups ever since. Who knows? Maybe it was the last-ditch irradiation or the not-much-chance chemo. Perhaps her immune system finally figured out how to recognize the tumor and gobbled it up. Whatever the reason, year after year her exams turned up nothing, and she felt fine. She lived an active life, putting up with the occasional leak, the sometimes smells, and kept on keepin' on.

It didn't dawn on me until after seeing her a couple of times, doing a physical exam, a pelvic, getting a couple of blood tests, as had been done regularly by my predecessor ad nearly infinitum. Had anyone ever raised the idea of closing her colostomy? Was there a reason why she still had it, all these years later? No, she said. She just assumed that's the way it was, and no one had ever suggested anything different. Well, I offered, let's think about it. How 'bout we check things out?

A barium exam of her distal colon showed it to be anatomically normal. On a CT scan there were post-surgical changes but nothing to raise flags of concern. The only thing was, I'd never heard of closing a transverse colostomy so many years later, and I wondered if somehow or other the long-defunctionalized bowel had lost its ability to do what it does; namely, to absorb liquid to produce formed stool. Not to mention keeping continent. The high-tech "squeeze my finger" test confirmed a functioning -- if pretty tight -- sphincter.

Calling around, I talked to a couple of my old profs. No one had any experience to bring to bear, but none thought there'd be a problem. Worse coming to worst: it could always be re-colostomized. She was more than willing to give it a try.

Closing a colostomy is one of those operations that can be fairly easy, or a frustrating nightmare. Not usually, however, a transverse colostomy. The area hasn't been much disturbed, both ends are right there (in this case, differing from the linked diagram above, it was a loop colostomy: potentially messier to live with, but a slick little operation to close up and drop back inside. Which is what I did. And, having reminded myself often enough that I started telling me to shut up, I remembered, while she was asleep, to dilate her anus manually.)

Long story medium-long: she did great. I'd told her to expect she might have diarrhea with or without control issues for a while, pending her colon getting up to speed, as it were. She didn't. Delighted is an understatement. Imagine getting rid of that thing after twenty years! I saw her once or twice more and we both started wondering why: she came from a ways away for the visits, and had a doctor at home. Never saw her again, but for a few more years she sent me Christmas cards. Hardly a surgical tour-de-force, nor a journal-worthy case; not a diagnosis for the ages or an ovation-inducing operative save. But I felt good about it. A slap on the forehead moment. A look at what hadn't been seen, making a nice lady's life a little better. Sometimes it doesn't take much.
Posted by Sid Schwab at 5:35 AM

Good for her that you "saw the tree"! What an improvement in her life!

Great story. I can't wait to make such an impact on a patient's life. Great entries. Thanks for the inspiration.

I always try to be self-critical enough to raise this kind of question. We sometimes are intimidated by the complexities of a patient's past history and so fail to ask the obvious question. I have had several of these patients who had been terribly sick in the past and had stabilized, only to be satisfied with half a recovery. When you push things, they are initially reluctant, but it is always worthwhile to ask the question: "am I doing everything I can?"

I think the key here is that you did not assume that your previous assessments were correct. Why didn't you think of it sooner? It's easy to stick with the status quo. This is very satisfying when it happens.

VERY nice case; a chance to cut is a chance to...alleviate suffering. sometimes.

What a cool story. Talk about a D'oh! moment when you suddenly realize things can be fixed.

Now, Sid, about that picture...the least you could have done is warn us. Then again, I did look at Scalpel's degloved penis site. The mere words still make me shudder...

Lynn: it's like Playboy. No one reads it for the pictures...

What it's all about, surely? Making someone better. A really nice story. Thanks

Thanks a lot Lynn! I just had to snoop around and see what picture you were referring to. It was much worse than the one I already created in my head.....

I had to look. I couldn't help myself. Hmmm. . .it honestly wasn't as bad as I had feared. I saw a similar case when I was working in an ER. I was not impressed with this young man's result. There have been wonderful advances in that department as of late. . .

Wow! You gave her such a gift! Too bad no one thought of it years prior but thank God you did.

You found a great "quality of life" issue & acted on it. I'm happy it worked well