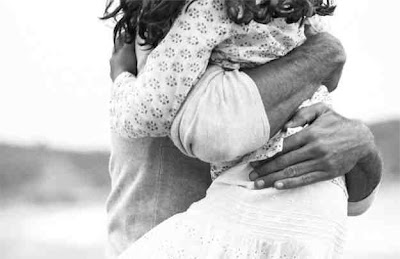 The image is as burned into my mind as was the muffler into the little boy's back. Four years old -- same age as my son at the time -- living in the country, as did we, the boy had run to greet the mailman and had somehow darted in front of the truck and been run over. The mailman -- can you imagine his sense of dread? -- stopped and jumped out, finding the boy pinned under the truck. Its muffler, lined up exactly over the boy, pressed onto his back as if designed to do so: it burned a perfectly-placed rectangle vertically from his buttocks to his shoulders, literally cooking through skin and fat, down to muscle. It looked like tanned leather, like smoked meat; and it smelled like it. When I saw the child in the emergency room, he was lying on his tummy, not wanting to move even a twitch. And he whimpered for his mommy. I'm thankful we didn't have a burn unit; I don't think I could have stood caring for him. It was simply too close to home. As fast as I could, I got to a phone and got him transferred to the regional burn center. Faster still, as soon as the little boy left, I went home to see Danny.

I've gathered from the writings of others -- doctors, nurses, cops, firefighters, social workers -- that it's universal: the overwhelming desire, after caring for or being involved in some way with a sick or injured child, or one in danger, or mistreated, to be home with one's own child and hug him. Just hug the kid, whether he or she knows why or not.

It didn't bother me every time, taking care of kids who reminded me of my son. In fact, having a child made me much better able to do it, to get down to where they were and relate to them. Getting a frightened child to calm down; being able to soothe and cajole and manage a local anesthetic to clean and suture a cut was always a source of great pleasure. Meeting a kid in my office, trying in some acceptable way to explain a hernia, for example, ("See this little bump here? I know it doesn't hurt now, but when you get to be a big boy, the bump can start to hurt, so we're going to make it go away so it won't hurt when you grow up. Your mommy will bring you to a nice place with some nurses who really like kids like you, and it'll only take a few minutes, and we'll put a pretty bandaid on it -- maybe one with Snoopy on it, unless you like a different one. You be sure you bring your blankie or your favorite toy, will you?") was a pleasant little victory.

It's the hurt ones, the dangerously ill ones; those got to me because I was a dad, and it could be hard. I've said before that I could never be a pediatric surgeon because they keep the operating rooms too damn hot. But that's not the real reason. This is. Taking care of some kids requires overcoming a physical barrier, a nearly-irresistible desire to be somewhere else. At home, mostly. I don't know how pediatrician-parents do it.
Posted by Sid Schwab at 7:40 AM

Dr. Schwab,
What a striking post. Here's a picture of all of my kids (not including the basketball player that I verbally adopted in February): http://profile.myspace.com/index.cfm?fuseaction=user.viewprofile&friendid=231430148
I think the entry you posted a few weeks back garnished so many comments because it was about a child.

Like you do anything else. You say in your head that you want to do for the child what you would want done for yours. Your earnestness is amplified by the fact that you know how the parents feel and how you would feel in that circumstance. I think that is part of the explanation as to why you have very few pediatricians who aren't the "warm and fuzzy" types. It just goes with the territory.
Plus, it is an incredible honor to stand by people's sides when they are at their biggest time of need.

Rob: well said. And that's how I did it, too. Appendicitis, for another example, was a situation in which I commonly saw sick kids and worried parents, and felt good about it: about treating the child and family as I'd have wanted mine treated. There was something about that kid, though, the burn, that really got to me at the time. Maybe, in fact, it was partly that there was nothing I could really do. It was remembering my feeling then that led to the post; I guess the opposite conclusion could have been drawn as well, as you have aptly shown.

Great post! I was mauled by a dog as a child - and when I was working in the pediatric ED, a child come in who had been bitten in the face as I had been. It was really hard to dissociate, and maybe it's good that I didn't. Understanding the fears and pain made me a better doctor for that patient - though (as with ED work) I never saw how the scars turned out. I sure hope the child's face healed nicely.

I think that dealing with hurt, REALLY hurt children is tough for most. When I was doing my burn rotation, I hated when babies and young children came in. I didn't have any children then, but I think it is the fact that childhood is supposed to be carefree and fun and not HURT. I can completely understand why taking care of that young boy, even for a short while, would be difficult.

i can't do paediatrics. hate it. children are not supposed to hurt. tears me apart to see them suffer. in fact the most traumatic things i've ever experienced involve children i've seen in my career. refer refer refer is all i ever want to do. yet sometimes you must just put your hear down and do your job. kills me though.

I can't count the times I have gone home at night and stood crying over the crib or the bed of one of mine, thankful that they lay sleeping peacefully, healthy and unharmed.

You know, it really never ocurred to me that a doctor would feel that way about caring for kids. I guess I just assumed they got used to seeing it all. I guess some things, no matter how often you see it, never get easier. My son has some great specialists who I am forever greatful for. Our nephrologist in particular is an amazing woman. We decided against a planned move because we didn't want him to leave her care. As amazing as she is, I never considered that she might actually think about him when she's at home too. Granted our son's situation isn't nearly as severe as many kids but you know when we see her she's always made me feel like my son is the most important kid in the world.

I am a medical student doing my Paediatrics rotation at the moment.

I did think of the question before, how do the doctors handle sick babies and kids day in day out?

My heart cries for them sometimes.And I thought I was a little bit too emotional,lacking the needed professionalism.

Rather glad to know some doctors do feel the same.

It is tough taking care of sick kids, but boy what joy when they turn around and get better. That is so sweet!

Working in the NICU while pregnant was always tough, but working pediatrics? I don't think I could do it. Between the hurt and hurting kids and the stressed parents (let's not even talk about the abusive parents - can't go there), I just couldn't spend any significant time there.

I'm glad other people can, though.

On trauma call one day, a four year old kid came in who had run out into the street and got drilled by a speeding car (hit and run). He lost his vitals the minute he arrived. He was blond and blue eyed and had dirt under his fingernails and we were pumping his chest and finally the Trauma attending performed an ED thoracotomy (no no avail) and also a laparotomy to clamp the supraceliac aorta, but nothing worked, the vitals never came back and the kid died right there in front of us all with lung and loops of intestines spilled everywhere.... I think I put three holes in the call room wall right afterwards. How can something like that happen? For what reason? I still carry the kid's newspaper obituary in my wallett.

I remember when my son (then 3) was in the hospital with pneumonia. A doc came in to check on the breathing treatment (not our regular doc). He was young - I think a resident - and a real ass and scared the crap out of my son.

When he was finished, I followed him outside and said, "I'm going to give you the benefit of the doubt that this is your peds rotation and treating sick kids is tearing your heart out, and that's why you're acting like a nimrod. Not only have you frightened my son, but you've pissed me off to no end. Might want to work on your empathy and treat your young patients like they're one of your own."

I thought he was going to throw up on my shoes. Thankfully, my regular doc came in and saved the day. Great post, Sid. Docs aren't always jerks because they have no personality; it could be that it's the only way to keep them from screaming.

Buckeye Surgeon, you brought tears to my eyes.

Lynn: good for you! I hope it stuck.

Buckeye: beautifully told and terrible. One of my early posts here was about a girl killed by being pulled behind a car on a sled... I felt the same after failing...

It must take some extraordinary qualities to be a pediatrician.
As a student, I used to give lessons to kids aged 10-18, the hardest part of the job was actually dealing with the parents, with those who, wishing well, tend to over-pressurize their offspring, and/or crush their self-confidence, etc.
I really wonder how doctors deal with these kind of parents?

The reason we work with the kids is to insure they get the best care we can give them-- the kind we would give our own if there were no alternatives. Kids who find themselves in a hospital are the innocent ones. They need our compassion, understanding and love to thrive and heal.

I spent over 8 yrs in Peds Oncology working as a Med Tech and then an Administrator. We won't even count the number of nights I stayed late or over night to insure they were getting everything they needed. Everyday in that department changes your perspective on life.