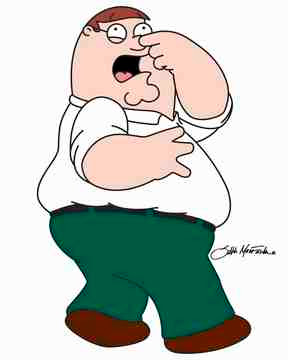 I'm reminded of something I should have mentioned in the "Body Talk" post, which also, some would say, loosely connects to the "Happy Talk" one. It concerns the, uh, humanity of surgeons and of those who work alongside them.

If it's true that at some times one needs to excuse oneself to attend to certain personal needs, it's also the case that there can be, y'know, etherial -- as it were -- evidence of that same humanness; following which -- sorry! -- odors may linger. Other than embarrassment, some tricky questions may waft into consciousness as well, particularly when operating in the belly. Could the odor indicate an overlooked hole in the bowel? How to bring it up, when the answer isn't clear but you know yourself not to be a possible, er, source. Might a fellow worker not acknowledge it and allow a worried search to continue? Or might he/she admit, "Uh, I'm pretty sure I can say it's not a hole in the bowel..." My experience: either/or. And, might I add, it's not always the case that when I'm in the OR I'm the surgeon-in-charge. I can say no more...

And, to compound the disquiet expressed by those whose questions led to the previous post: there's another suite explanation for the preceding mubble, witnessed occasionally on the occasional occasion by all of us who work therein. Without wishing further to disturb the sensibilities of my readers nor to increase their fantaworries, let me just say that the muscle relaxers given during surgery don't only relax the muscles of the abdominal wall. Nor, need it be said, do the muscles in question act only as air-valves...

Now, to lighten the load [poor choice of words?] of those who may worry about their next trip into the OR: I'm also reminded, in a somewhat non-linear way, of an old joke about the induction of anesthesia and saying stuff, about which I was writing yesterday:

Anesthesiologists like to get their patients to fill their lungs with oxygen before going off to sleep. So here's one talking to a patient, a young girl:

we had a professor with the most amazing sense of smell. i remember on one occasion when i needed to slide one out (gass exchange?) and thought i'd do it quietly. just afterwardy he pipes up in a dry voice "iemand het die pasient se kolon raakgesny julle! (someone cut the patient's colon)". very embarrasing to me because i had to tell him, colon? yes. patient's? no.

In ortho total joint cases you sometimes wear the hooded suit with the battery pack fan. You may think you are safe with that fan circulating the air in your bubble, but it only means you will enjoy your own spoils in a more intense manner!

A surgeon friend of mine has a warped sense of humor. He loves garlic and it invariably ferments when he's in surgery and has taken to warning his team by yelling, "Incoming!"

Oh Great! I knew it was only a pseudo peace anyway!

Actually that doesn't bother me as much because it is just a bodily function - doesn't thrill me - but doesn't bother me...well o.k. maybe just a little. Given my position in there anyway (Uro) how much worse could it possibly be?

My nether regions have been exposed so much over the last 16 mos - I am surprised that every time I see a white coat or blue scrubs that I don't automatically assume the stirrup position, you know...like some Pavlovian response! (would really be embarrassing in the waiting room!)

Well I take comfort in the fact that even though they have seen the bajingo/sea biscuit area -they haven't seen the girls! :)

Besides - it's the idea of the breezy, care free loose lips from the pre-op and OR drugs that gets me going. I can not stand the thought of talking and not knowing what I said. Of course, some might say - but you do that every day anyway? ;)

Yes - the bajingo, sea biscuit and schwing schwang stuff is from scrubs. I put that Youtube clip up in June I think. Elliot is unable to say penis and Vagina and so comes up wit these euphemisms.

the funniest the was when the chief said something like (to Elliot) Mrs. --- is complaining of pain every time she makes whizzie winkles out of her sea biscuit! :)

Ok, just what I wanted to know as a pre-med...Human odor in the OR...LOL...what have I gotten myself into. The thought of being trapped in a mask. OMG.
Peg