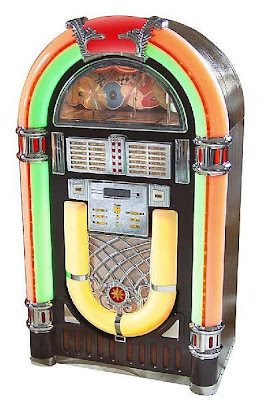 An article in today's NY Times got me reminiscing about operating on old folks. While it's true there is inherently increased surgical risk in their care, my list of favorite patients is heavily populated with the elderly.

Like the ninety-six year old who lived with a very cumbersome hernia because he'd been told repairing it would be too risky. He had some friends over for a truss-burning party after I fixed it under local anesthesia. Or the WWII vet, rejected by other surgeons for his age and (only slightly) less than perfect heart, who told me I'd replaced Douglas MacArthur as his hero after I cured his debilitating reflux esophagitis. The many many older women who took their breast cancer in stride; the sturdy lady who fought tooth and nail, literally walked out on me, when I first told her she needed a colostomy but who finally acceded and insisted on seeing me bi-annually forever afterwards, bringing treats from her garden every time.

The oldest I ever operated on was a Russian immigrant from a town in the Ural Mountains where they live half way to forever. He was 102, which was lower than his temperature, caused by a gallstone stuck in his bile duct. His family assured me he was sharp as saber and strong as slivovitz. Two weeks later, he was back working his garden.

It was always my impression that older people were more matter-of-fact about their illnesses, and I found it almost universally true that they were less troubled with post-operative pain. Maybe it was physiological; maybe because they were more sensitive to narcotics. But I always thought it was simply because they'd made it through the better part of a hard life and pain just wasn't that big of a deal any more.

For an older person, the default mode was trust (the "sturdy" lady excepted. Sort of.) They listened when I talked. "Do what you think is best, Doctor," they said, which was like flopping into a comfy chair, after a day of walking on nails. It's impossible to care for the gray-haired and not think of grandparents, not to relax a little, to feel respect.

Okay, in the intensive care unit, not so much. Called there to consult, finding an ancient-looking person, tubes in natural and unnatural orifices, knowing survival odds are in inverse relation to those tubes, one is faced with often impossible questions having unknowable answers. To do what is reasonable; certainly no less, but hopefully no more. And humane. But that's another matter, with not just immediate but global implications (health care costs!). I was talking about the sort of relationship that begins in the office, or maybe a regular hospital bed. Relaxed. Time to get to know each other.

The NYT article points out some ways in which the geriatric population differs from the younger. (It also makes the very good point that whereas all med students do time in pediatrics, obstetrics, etc, there's no requirement for geriatrics. Older folks aren't just wrinkly.) It's certainly true in terms of length of recovery time, healing issues, complications from accompanying disease.

I wish there were objective ways to measure risk, to predict outcomes. Absent that, I always found a couple of reliable -- if unscientific -- predictors: people do like they look. An eighty year old who looks fifty will recover like a fifty year old; a fifty year old who looks eighty will recover like eighty. And, no matter what age, anyone who walks a mile or two every day will do just fine.
Posted by Sid Schwab at 11:48 AM

Labels: geriatrics, surgery on the elderly


I really wish young doctors could (and would) be mentored properly with gems like this.

This is a comment from loyal reader, Ellen Kimball. I edited it slightly for reasons she'll understand. No biggie, Ellen.

What a tribute to those of us who have some mileage on us! I loved the truss burning party! Funny and delightful!

My husband had one hernia repaired several years ago. No problems. Done on an out-patient basis. Then the other one popped out, much to the surgeon's chagrin. (He had predicted it would not be a problem.) The second was fixed with no difficulty.

I donated hubby's truss to a medical charity here in Tigard, OR.

Best wishes to you and your family for a happy, healthy, hearty 4th of July.

Are you serious about the walking thing?

Mike: yes. Particularly an older person who says he or she walks every day. But for anyone, some form of regular exercise makes a notable difference in tolerance of and recovery from surgery. I think I've seen studies to that effect as well, but, in the context of this post, it's a personal observation.

Thanks for imparting pearls of surgical wisdom on "the intrawebs". They're not being wasted.

I'm going for a walk now.

p.s. Would it be rude to request a blog on the increasing trend toward specialization in surgery, extinction of the true general surgeon, and whether you think it's a good or a bad trend?

PT: I've been ruminating about that subject, although I did address it to a degree in a previous post.

As a colectomy patient as of January, I understand that woman walking out at first--I wanted to do the same thing, till it became clear it was a "your colon or your life" decision. Oh! Well in that case, hey!

I love this post. Thank you for writing it. It made me think fondly of my grandfather, who walked seven miles a day to work at his office in DC and by his mid-80's kept doing at least two miles a day till I think 92.

At which point he became an instant old man, and suddenly a diabetic, too. Made it to 95.

How come Old peoples innards don't look Old??? Or can you tell an 80 yr old mesentery from a 20 year olds??? All looks like chitlins to me....

Frank, I wrote about that very thing a while back.

The walking works. Simple, cheap, easy to do, no contracts needed. no machine required. Following a pretty decent heart attack, the basic program I followed was walk every day. Up to 2-3miles a day now with some diet changes thrown into the mix. Still enjoy the occasional steak, hamburger, fries, and what have you, but not on a daily basis. Total cholesterol went from 195 to 120. Triglycerides now 56. HDL 42. LDL 69.

Forget the Kennedy assassination, that Obama was born elsewhere, that 9/11 was an inside job. The biggest conspiracy is that they're hiding walking from us all.

Oh...did I mention the 35 pounds that went away too?

Ye gads, it can't be this easy.

What do you recommend for people with chronic knee pain?

As an anesthesiologist, I used to be terrifed by the very elderly patients. I remember a patient I had soon after finishing residency, a 102 y/o for hip replacement. I put in every monitor I could think of, got every cardiac workup available. In the end, she did great, no different than a 60 y/o. Since then, I've realized that if they can live to 100 y/o, their cardiac and pulmonary functions are probably pretty durable and unlikely to fail during surgery, barring extreme complications.

i love your insight on patients,
i always think the patients attitude and trust in the doctor takes a great part in the healing process. ! good to keep in mind for my intern year :)

I'm a young 62, but feeling that kind of acceptance coming on that you talk about. Maybe because after all these years of waiting in line, try try again, recovering from one life challenge or another you just learn to be patient. I like the discovery that I can slow down and enjoy the bumps and the rewards as my own journey. And I've had an interesting life. Didn't have that outlook at 25 or even 55, this is kinda new.

I am really enjoying reading your blog and I will order your book. I found you by googling gallbladder topics having just enjoyed that surgery two weeks ago. I'm one of the satisfied customers. If I find the gallbladder so interesting I know I'll enjoy reading about all the other body parts and systems in your other topics.

I had strawberry gallbladder with two large, clumpy and bright yellow stones. I'm just fascinated with the photos I was given and the only question I have is how long has it been like that? I'll see the surgeon (Allison Porter of Skagit Valley Hospital) tomorrow and ask her what she thinks.

The GERD symptoms are simply gone. I can eat whatever I want. I feel I've jumped some kind of shark. What's not to like?

Thanks again for the well-written articles.

What a great comment! Thanks. I don't think there's a way to know how long your g.b. had been that way, but "Strawberry" is a nice term, isn't it? It's interesting that there are so many food-related medical terms: chocolate cysts, nutmeg liver, cherry angiomata...