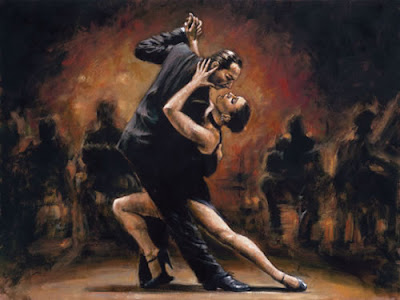 On a Nobel Prize website, in reference to Theodor Kocher, recipient of the Prize in Medicine in 1909, it says, among other things, "The influence of a devoted mother and later the loving care of a selfsacrificing wife enabled him to pass without interruption through the continuous strait of secondary school and University, and he obtained his doctorate in 1865." Some things, I guess, don't change all that much; in others, he was unique.

In surgical lore, Emil Theodor Kocher is known for many things, as is the case with all those greats of old: innovation, invention, vision. Clarity. Viewers, they were, of the empty spaces between knowledge and action, and seers of ways to fill them. Despite my cognizance of the breadth of his influence, when I think of Kocher three main things come to mind: a big honkin' surgical clamp (curved or straight), the classical gallbladder incision, and his discovery of how to mobilize the duodenum; another of those simple and anatomically-correct tricks that gives the surgeon entry into secret places, and makes a hard job easier. The Kocher Maneuver. What a great thing to have named after oneself. A maneuver. 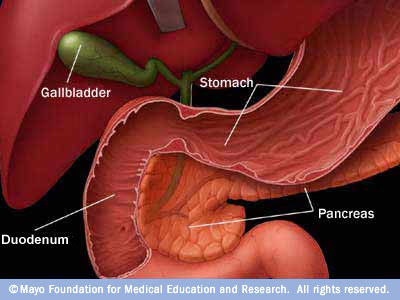 It's as if the duodenum is the command module of the belly: riding high and hanging back, daunting (one might assume) to the lesser organs, it receives input from the stomach, the liver, the pancreas and distributes it all downstream.

With many life-sustaining tubes draining into it, and with as many big and scary blood vessels passing behind, beside, and around it, surgery of the duodenum is tricky, and requires most of the skills a surgeon must have acquired. The simple snip Dr Kocher invented makes the work a little cleaner, and is essential to working on that part of the intestine, on the pancreas, and for much of the surgery of the stomach.

In one sense, it's no big deal at all: just a few seconds of scissoring along an imaginary line. In another, it's amazing that there's one person to whom the move is attributed, since it seems anyone working there would see the need to do it. Which makes it all the more noteworthy: when the Kochmeister was poking around in bellies, many of even the most basic concepts were yet to be deduced.

I can barely imagine what it must have been like to be a surgeon in those times. Scary, exhilarating, deflating, rewarding. Those guys must have lain awake many nights as their brains buzzed and glowed with ideas. ("Teddy," his wife might have sighed, "Can you stuff a cork in your ear? The light is keeping me awake.") Would they have been barely able to keep from getting up and running to the lab to enflesh their latest inspiration?

I guess you could say there was no downside to what those trailblazers attempted: the conditions against which they were struggling had, until then, only bad outcomes. Either they found new ways, or the patients died as usual. Depending on how you look at it: either unbearably pressure-filled, or completely liberating.

The duodenum is plastic-wrapped to the backside of the abdominal cavity, covered as it is by the posterior parietal peritoneum for most of its length. Looking at the picture above, you can see that after connecting to the stomach, it descends downward and then curves hard to its owner's left. That curve is called the C-loop (or the "second portion," or the "descending duodenum.") The Kocher Maneuver is the process of cutting the C-loop loose, by incising the peritoneum covering its lateral edge. Made a verb, the term is "Kocherize," as in dictating "the duodenum was Kocherized..."

Doing so gives just enough mobility to be able to tug the duodenum upward to join the stomach if you happen to have cut part of it (the stomach) away (only so far: the duodenum is, ultimately, tightly tethered by the aforementioned tubes and vessels); or more easily to open the duodenum across the pylorus for any of several reasons. And, most exquisitely, to gain access for your finger to nooger behind the duodenum and pancreas together, all the way to the superior mesenteric vein, after which, among other things, you can extend the Kocher Maneuver downward and to the left. Then you really have the meat of the belly in your hand. Awesome.

On the other hand, maybe you have to be there...
Posted by Sid Schwab at 7:46 AM

Wonderful post! and yes I wish I had a "move" (procedure) like oh so useful Kocher's manever.

Also wish I could tango, but I think I'll (for now) settle for watching "Dancing with the Stars"

I love rading your entries. You have a wonderful way with words. I cannot fathom what it must be like to be a surgeon. For me, I would too scared. Too scared that I would hurt someone. But I suppose the surgeon sees it the opposite way. They probably have supreme confidence and move forwards in knowing they will most likely be able to help. I think I am going to expand upon this on my own blog.

I would like to offfer you the opportunity to do a guest blog entry on the MedFriendly Blog this week. Last week's was done by Dr. Toni Brayer. The post can be about anything, but preferably somehing patient-centered. This does not need to be a long entry. It can be as small as a paragraph. Let me know if you are willing. The benefit to you is that it will bring my readers to your blog. The benefit to me is that I don't have to write an entry that day! I see you are quite prolific so I hope this would not be too much of a bother.

Dominic A. Carone, Ph.D.
Founder and Webmaster of MedFriendly.com

Dominic A. Carone, Ph.D.
Founder and Webmaster of MedFriendly.com and The MedFriendly blog.

"The duodenum is plastic-wrapped to the backside of the abdominal cavity..."

Perfectly descriptive, and all Sid...

The "liberating" notion of surgery back in the wild west days has always interested me. A great example is in the history of transplant surgery. Those guys were flying by the seat of their pants, making things up as they went along. Mortality rates were astounding in the early days of kidney transplants. Basically, this was medical experimentation on humans! They had nothing to guide them; no randomized controlled trials, no hard data. Just theory, science, and intuition. Good thing for us they kept plugging away. And that the American Trial LAwyers Association wasn't such a formidable foe back then.

Yeah, and I was there. Where I trained, at UCSF, was at the forefront of kidney transplant, with Dr Belzer (of the Belzer machine) and Dr Kountz. We did more kidney transplants than any place in the world; and as you say, it was pretty brutal. It took a few years to realize it was better to save a patient than a kidney. Until then, we kept bumping the Imuran and prednisone higher and higher, causing all sorts of immune-deficient mayhem. (By "we," of course, I mean "they." I was just the intern or junior resident running around collecting data and caring for the disasters.) For more details, buy my book!

Enjoyed the piece. Doesn't it seem funny, though, to say that Kocher invented the maneuver, as if he whipped it out of thin air? It seems a bit glorified to me. I mean, he pretty much figured out that if you nip here, poke there, and tuck there, the duodenum comes down. Did the first guy to plunge a knife into someone's belly invent the laparotomy? Not to be too much of a humbug, but just for a little sport.

i recently heard that the first pheo removed in the mayo clinic was done before intravenous fluid therapy. don't know if it's true but i like to believe it. they were pretty wild.

I love these posts! It's like getting an all-new education!

Now if only my co-workers would cooperate with my learning; it's not as if this Kocher thing were that big a deal, really. Whining sissies, the lot of them.

I wonder what it must have been like to practice medicine back in the days when your only concern about malpractice was actual negligent behavior.

Or back in the days when your only concern about malpractice was...oh, there probably wasn't any concern back in Kocher's day.

It is interesting to read surgical texts from Kocher's time and afterwards. The writers always conveyed a sense of optimism.

A time of brave surgeons and braver patients.

I am a Kocher (first name Isa[Jesus]) and Emil Kocher and his maneuver is part and parcel of family lore, but this is the first time I have had it so beautifully explained: my recollection is that the Nobel prize was for his chest work and his thyroid work... but his legacy is truly significant, and so many surgeons I have met have remarked "Are you related..." I am a linguist and an educator and a photographer, dual Swiss~NYer living for the past 20 some odd years in the Middle East. Thanks for this beautiful note... It means very much to me. My photos (some of them) http://www.tiwiguide.com/

Oh, this was such an inspiring article. I am about to give an exam in order to choose my specialty (I'm Romanian, it's complicated) and while stuffing my brain with Harisson, Schwartz & Co the I was trying to figure out what the Kocher maneuver is (and yeah, google is the place to do it)
Anyway, nicely done :)

Thanks, Mad Hatter. I'm glad my stuff still shows up now and then.

Thanks for verifying the medical term "Kocherized," which I could not find in Stedman's, Surgical Word Book, or MTStars.

I'm Isafakir's sister and also appreciate your interesting info on our ancestor.