Names and Places, Pouches and Spaces 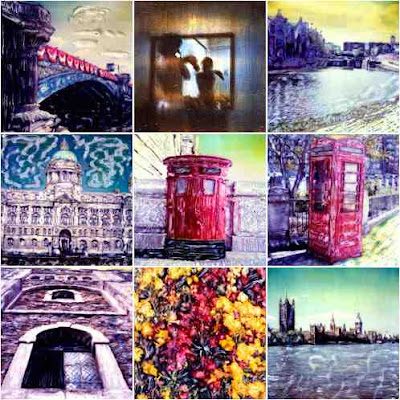 It's always with wonderment that I consider the pioneers of medicine, of surgery, of anatomy. To conceive of a time when every thought was a new one, when discoveries abounded for those with imagination, boldness, and curiosity, is to be thrilled, jealous, and.... bemused. What could it have been like, opening the body and its mysteries to the world, engraving your name on the way out? As I let my mind jazz, thoughts fizz like a Sapphire tonic.

When it takes some effort -- maybe a microscope or some really careful dissection -- to discover something, it seems reasonable that your name gets attached. Islets of Langerhans. Ampulla of Vater. Sphincter of Oddi. Valves of Heister. Crypts of Morgani (he got "columns," too.) But where's the cutoff? I don't get why Gabriele Falloppio got to name something as obvious and macroscopic as an oviduct. That's not discovering. That's noticing. We don't have the Colon of Powell, or the Heart of Palm. (I don't know who March was, or why he got to name the Eyes.) The white line of Toldt is sort of macro-observational and a name seems an extravagance. On the other hand, if Toldt was the guy who figured out that it was really a dotted line on which a surgeon cuts to unveil the colon -- a move that thrilled me the first time I did it and still does, for its anatomic simplicity, for its sweet entry into secret space, for the way it translates embryology into practicality -- then he deserves the kudos.

"Foramen" (for-AY-men) and its pleasant plural, "foramena" are among those cool words we learn in med school. It means "opening." A hole, is what it is. There are many anatomic openings deserving of the name: foramen ovale (oh-VAL-ee) looks good and sounds good; works good in a fetus. Lots of bony holes, especially ones through which nerves or vessels pass, are called foramena -- the obturator foramen, optical foramen, yada yada... But Jean-Jacques Winslow (shouldn't that be "Winsleau?") discovered he could stick his finger in a place, and stuck his name on it, too. Borderline. I don't want to get into the Zen of what constitutes a hole, but his "discovery" is only about some things that are near each other. Inlet, maybe. We've got islets, why not inlets? Then it starts to sound nautical, which makes me think not of Winslow, but of Winslow Homer. That's it: it's the "Oddity of Homer."

Consider Morrison and his pouch. And Douglas's. They're just places, areas. To me, it's not earthshaking. On the other hand, Broca claimed his area with some effort.

I'm ambivalent about the Space of Retzius. As an anatomical concept, "space" doesn't have a lot of panache. On the other hand, the surgical dissection of it, developing it into a tissue plane, is cool: another of many places that spread themselves open for and yield to the surgeon, when their secrets are out.

Clearly the Greek and the Latin have fought for dominance of the nomenclature. It's a puzzle to me that they made a truce of sorts in the kidney. We speak "nephric" and we talk "renal" interchangeably. Even to the point of naming things twice: that little yellow top-hat to the kidney, the ad-renal or the epi-nephron, as of juice it makes, two names for the same thing: adrenaline, epinephrine. What gives? (Let me re-emphasize and diverge: like the robin's-egg blue of the gallbladder, the bold yellow of the adrenal is a starting splash of exuberant color among the otherwise earthy tones of the belly.) (Well, yeah, there's lemony lipid all over in there. But as organs go, the color of the adrenal is a surprise.)

Those solid surgical soldiers of old deservedly got operations named after them; and instruments, and procedures. Because there's no end to invention, it still happens, and will. Lots of the living have their names (and lucrative patents) on devices; techniques and new operations keep unfolding. I've mentioned in the past, I think, having a position named after oneself: Trendelenberg, Fowler (and his brother, Semi) managed to do it. If I had a position named after me (as I might have said already), I'd rather...

Nearly unique, though, among the namings, is to be remembered for a maneuver. Something about that is, well, transcendent. So I'll give it a separate post...
Posted by Sid Schwab at 7:45 AM

I had so many of these that I thought were just plain odd--like everything seems to be as a beginning med student learning anatomy ("Why does this have to be so obfuscating?"). Then, by accident, I was reading through the little pocket companion book to Schwartz' Surgery text, and I found the goldmine: the [rectal] valves of Houston.

As a longtime Houstonian, it gave me great pleasure to go back two winter breaks ago and delineate Intercontinental Airport (IAH) as being the upper valve, downtown as the middle, and Hobby Airport (HOU) as the lower valve, as one follows I-45.

I love Houston, but anybody who says, "Man, I lived in the ass-end of Houston for x years," can actually do so with authority.

I was struck by the word "foramena" as the plural of "formaen". I thought it was foramina.

I Googled both and found 476,000 references for one spelling and 695 for the other. Still, I would say that's sufficient, since the manner of naming things in English has always allowed some mis-spellings to gain currency. Thus a language remains alive, eponymously or not.

foramina is correct, the alternative being foramens, though personally I don't like these non-Latin plurals, even though I never studied Latin.
Words ending with -oma should have as their plural -omata, but it seems we're more than likely to see hematomas rather than hematomata. Latin medical terms ending in -a as a singular should have -ae plural; that too is disappearing.

Let's all sing together: "You say potato, I say foramen..."

I admit I neither looked it up nor spell-checked it. I'll accept the majority opinion.

And I always said hematomata, lipomata, etc. For the taste of it on my tongue.

I'm dazzled. For someone who has never dissected beyond cleaning game and noticing how orderly all the organs are, it's seemed pretty much mush and slush. But no. This is as full of tiny tricks as couture clothing, anatomy as an art form, each flourish named -- it's quite wonderful.

as medical student, i always wondered why are they naming these things after themselves, just name them objectively would do, wouldn't it?

that said, sometimes we joke around, saying one day we might find something obscure and hopefully medically significant structure and name it after ourselves.

OK, the thing that drove me absolutely nuts as a med student was the pterygoid fossa. How the heck is this a fossa? Most of the other fossae are reasonably considered spaces. The Pterygoid fossa - it is just a figment of an anatomy professor's imagination.

off the topic, south africa and the usa are just about to lock horns in the rugby world cup. may the best team win (and i think we will)

SA has been looking unbeatable...

In Orthopedics we have named procedures after people... and perhaps an anatomic variation here and there... nothing more interesting.

I always liked the Space of Retzius. Not to mention the Pouch of Douglas.

But my all time favorite medical name is not an anatomic part, but a genetic disorder. Are you ready? It's Mayer- Rokatansky-Kuster-Hauser syndrome. I can just imagine the 4 docs fighting over whose name to use, and no one budging an inch, so they used them all...

I'm no medical person. (In my field, software engineering, there are relatively few things that get named for people. A few things are expressed as So-and-so's Law, and then there's the contentious issue of Kernighan and Ritchie's famed coding style -- beloved and despised in about equal numbers.) But I do have a deep and abiding interest in etymology. And I think have an idea why there is this weird duality in the naming of the kidneys, or at least one thing which may have contributed. Adrenalin is a registered trademark. "Adrenaline" is too similar to it, and so to avoid controversy (and, more importantly, costly lawsuits), the word "epinephrine" probably seemed an attractive synonym at the time. By now, of course, it's stuck, even though an argument could justifiably be made that (a la aspirin), that the trademark is no longer valid because of common usage.

Enjoyed reviewing your site. Much interesting material and comments. Just started a site myself as I'm interested in (davidpagebooks.com)writing and teaching med students and surgical residents, as well as patient advocacy. My new blog is Doctor CutWrite. Can we converse?

"That's not discovering. That's noticing." Quite so. Did you know that Gabriele Falloppio also claimed to have discovered the clitoris? But his priority was disputed by another anatomist, the appropriately named Renaldus Columbus!