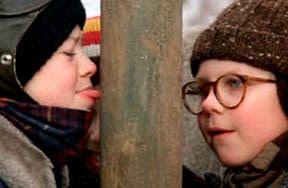 Let's make it easy on ourselves. I haven't yet established why -- other than liking the particular operation -- we're removing this nice person's colon. So since our patient has agreed to remain exposed and to do so for all to see, I declare s/he has diverticulitis. (I'm planning a post about that entity in the near future, so for now I'll ignore the details.) (Were it cancer, the operation would be largely the same, taking a bit more out.) Most likely there have been a few prior episodes of infection which resolved with antibiotics, but we've agreed the time has come to do a little preventative work. There's unlikely to be even the slightest adverse consequence of losing this portion of the colon; and it should ensure that the attacks will end. So let's backtrack a few steps.

Because of the prior infections, it's likely that there are some adhesions with which to deal: that means that a few loops of small intestine are stuck to the sigmoid colon; and the colon might be plastered to the bladder or to the pelvic sidewall. So the reality is that, before that beautiful packing job I described, I needed to address those areas; unstick the bowel so I can pack it away, not to mention freeing the colon to work on it. Early in my training, I concluded that adhesions were the bane of the surgeon's existence. Dividing them can be arduous, time-consuming, even dangerous. Turns out I was sort of wrong: given that adhesions are pretty commonly encountered, either you learn to love (too strong. Accept. Find ways to enjoy.) them or you'll hate your job. There's pleasure to be gained from working through adhesions artfully and without creating havoc. In part, it's about timing. Which is about judgment. About which I've previously written.

It's been at least six weeks -- ideally considerably longer -- since our patient's last attack of diverticulitis. Operating in the midst of such an attack means things will be densely stuck, and bloody. Dissection planes will be difficult, if not impossible, to delineate. Allowing time for the acute inflammatory process to subside, and for adhesions to mature makes all the difference. Given enough time, areas of adherence will become nearly bloodless; applying a little tension makes a little white fuzz appear between the stuck organs (the fine, avascular scar tissue that remains), and the dissection through it is quick and easy. But not always. Today, the small intestine is looped on itself and tightly stuck to the sigmoid colon, and the colon is thick and woody where the infection has occurred.

"Shit. This'll take a while... Sucker." I'm asking for the suction device. There are several kinds; seems like most people use plastic disposable ones, but I like a particular metal one, because the outer sheath comes off, allowing use of a thinner (five millimeters?) straight tube for the purpose of blunt dissection. Cutting into a densely stuck area means you are making the plane, and you might be wrong. Bluntly probing it allows for the (possible) opening up of natural, if swollen and distorted, ones. Plus, suction keeps the field clean while you are working through it. Here, I'm only using it between the colon and the pelvic wall, because the only possible damage is to the part of the colon that'll be coming out. Where small and large bowel are stuck together, that sort of blunt dissection needs very sparing use.
"Aha!" The sucker finds a nice plane lateral to the sigmoid, into which I can now insert my finger which, although blunter than the tube, is sensitive to when I can force things and when I need to gentlify. Probing with my left middle finger I keep the sucker in the field with my right hand, still working it in such a way as to help open the plane. With the thumb on the outside, I give a series of pinches -- one of the greatest and best-of-all maneuvers in distorted tissues: it's nearly impossible to pinch your way through something that should have stayed intact."OK, it's free. Metz."
Cutting small bowel off the colon is a little trickier, in that on either side of the dissection is the inside of bowel. It's better, since it's coming out, to leave a little colon on the small bowel than small on the colon. When planes aren't obvious, that's often what you have to do. So I'm nibbling with the teeth of the scissors, and once in a while sweeping them, with jaws shut, across the plane in which I'm working, trying that blunt dissection when it seems safe. Grasping the loop of small bowel with my left hand, pulling it this way and that to expose a new view, I'm snipping carefully and slowly where the adherence is dense, and more quickly when I can produce that nice white fuzzy plane. (That's another dictum: when going is tough, find another direction.)
Inevitably, there's a little damage to the outer wall of one or the other of the two kinds of bowel stuck together. "Have a 4-0 vicryl G.I. ready." The small bowel finally comes loose, looking a little battered, but without obvious holes. I have the legs of the loop in my hand and give it a little squeeze (like folding a sausage-shaped balloon in your hand with the loop sticking up), making the dissected area bulge out. No leak. But I put a little stitch in it anyway. Lets me sleep.

Grossly, the difference between chronically inflamed tissues and cancer isn't always obvious. Both are knobby-hard; each can stick itself to surrounding areas. Scar tissue can have the same sort of pallor that cancer often does. Hmm, I'm thinking. I'm certain this is diverticulitis, but this stuff is a little hard. "I'm gonna give you something for frozen. ("Frozen section" is a quick way for the pathologist to examine something immediately, while the operation is going on: they freeze it, slice it thin, stain it, and have a look.) Label it 'pelvic sidewall...' Fifteen blade on a long handle." The scrub scrambles to load the blade, since I usually don't use that size in this operation. (When Joanie was scrubbing, she'd have had it ready, just in case.)
I slice a thin bit of the hardened tissue I've left in the pelvis. Carefully. There are big veins down there. Holding the sample in a forcep, I lay it on a moistened non-stick pad the scrub holds out to me; then she drops it into a cup, to be sent to the pathology department. A little clock starts ticking inside my head: after twenty minutes or so, I'll ask how long it's been, how come we haven't heard from the lab, did they get the specimen, what the hell are they doing down there?

The biopsy site bleeds a little, and I touch the area with the suction device I've been using. "Buzz me." My assistant touches the cautery to the metal of the tube and hits the switch. Another reason I like using that metal sucker. A little spark jumps from the tip of the tube to the bleeding area, and it chars in a puff of smoke, which disappears into the tube. Once in a great while, with that move you find out very painfully that somewhere along the line you've gotten a little hole in your glove. It's a shock and a burn and it hurts like hell. Sometimes it'll make your hand twitch, and it always leaves a pinhead-sized bit of charcoal on your finger that stays for a few days. "FUCK!!!" (Startled, my assistant jerks back and drops the cautery pencil.) "Yikes. Sorry... Guess I need a new right glove."
Like a flag of defeat, I wave my hand toward the circulator (the non-sterile person), pawing at the glove with my thumb to loosen it, making it easier: the circulator grabs the cuff of my glove and of the underlying sleeve and pulls, removing the glove and sliding the sleeve over my hand. Having received a fresh pair of gloves (the circulator opens the package, peels back the wrapper like leaves, simultaneously flipping it all forward while holding the outer package in the heels of her palms, and the inner glove-pack arcs onto the back table. Some do it with more force: a line-drive), the scrub proffers a new one, and I slide in, pull the sleeve back until it's cuff to cuff, and soldier on...
Posted by Sid Schwab at 7:45 AM

Great series, Sid. I have to tell you that I have this little folder in my writing folder labeled "Sid's Tomes." In there I've copied and pasted parts of your posts. I do this so I can always keep my characters real when they're in surgery.

You may not have been involved with my winning an award this year, but if I win again next year I anticipate mentioning your name. You already have a place in my acknowledgments for Book 2.

Thanks, Sid, for keepin' it real!

Thanks, Lynn. I've been hoping you were reading these posts.

Thanks for posting such detailed pieces. It's really interesting stuff! :)

Those are the annoyometer blips I was waiting for.

Any chance of doing some more on the wonderful world of adhesions?

Can you let us know how long each of these steps takes? I'm fascinated!

Won't adhesions cause big proglems down the road like bowel obstruction? If you have them lysed, won't new ones form?

Isn't there some kind of materiel called adhesion barriers that might prevent them from forming, or is it just a given if you have open abdominal surgery, you're going to get them.

Oh, I see you're going to address adhesions in the future. I'll wait for it. thanks

Thank you for your sacrifice and service to your country while serving in Vietnam - helping/fixing our soldiers. :)

Off topic - I know. I need to come back and read all the surgical posts - I want to do it so that I Can take time to enjoy them.

Sid, you should have gon einto academia instead of private practice!

first time i burnt myself with the cautery i stuck it into my finger right to the bone. at first i didn't know i had cut myself because the first thing i felt was the electric shock in my shoulder. once that pain subsided, the intense and prolonged pain in my finger came through. i did not merely utter one "fuck". one just didn't seem enough.

When the surgeon demands, "Sucker!" the proper response from the scrub nurse is, "You suck her- you brought her."