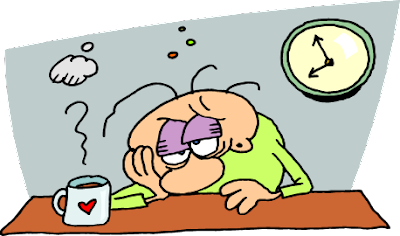 ... during training, Grand Rounds were a big deal. Whereas our weekly conference on deaths and complications that had occurred throughout the surgical services was the most informative -- and entertaining -- Grand Rounds were the stately and intellectual reminder that we were at a major academic institution. Held monthly and theoretically directed at the whole spectrum of people in the institution, they'd usually involve a presentation by one of the honcho/professors, speaking about some cutting-edge (as opposed to cutting-error) research. More often than not, the lecturer had briefly emerged into the light, from the medical or PhD side of the mysterious and removed laboratory wing, behind the hospital. Kinetics of messenger RNA. Membrane potentials in sciatic nerves of thymectomized rats. Conflated uranian hopflotsch in HLA reduced amoflatric cell tramiphones. I didn't go on a regular basis.

About a year after he'd finished training, one of the stellar medical chief residents was invited back to present Grand Rounds. He was an extraordinary guy, blessed with a non-academic practicality, a sense of humor, brilliance, and -- based on my encounters with him -- an absence of the typical training-time disdain of non-medical types (which was, of course, echoed exactly in the surgical types vis a vis the medicals.) Out of curiosity and admiration, I showed up. And was delighted to hear about his subject. "Ladies and gentlemen," he began, "the topic of today's Grand Rounds is the condition with which, having been in practice now for about one year, I am most commonly faced. This, it turns out, is the main work of an internist, the chief complaint with which I most regularly deal. Today's subject is........ tiredness." He went on: " 'Doc, I'm just tired all the time' is what I hear over and over in my office, every day."

I guess I don't remember much about what else he said (although it's more than I remember about any other Grand Rounds). But it did give a new perspective on what we were doing, and reinforced a maxim I'd learned in med school: "Rare things are rare; common things are common." It takes a while, after spending several years in ultra-academe, to re-aim your focus on the doughnut, instead of on the hole. One forgets, in the tertiary care centers of the world, that most of the patients originally presented with some sort of mundane complaint. Flu-like symptoms are most often from a flu-like illness. Those local docs, derisively referred to by us as "LMDs," who seemed so obviously to have blown the diagnosis weeks ago, had probably treated a dozen upset stomachs before the Crohn's disease patient showed up that same day.

Not every thing about having been drafted out of my internship into the Vietnam War was bad. Among other things (seeing venereal diseases I'd never even heard of, treating cobra bites, experiencing the seminal event of my generation, feeling cool at the controls of airplanes), before returning to finishing my training I'd gotten a couple of years of being a general doc. I developed an appreciation (I suppose some might have a hard time believing it, reading a couple of my prior posts) for the difficulties of primary care. For most physicians coming out of a highly academic training program, it's a good thing to be aware of in advance.

There's another side to the coin, of course. In private practice, local staff meetings take on an entirely different tone. Gone are the open and frank discussions of morbidity and mortality. Those conferences, which in training taught me far more than any others -- about what to do and what not to do in myriad situations, and about personal responsibility -- became an instant and permanent thing of the past. No private doc, I found, even with identification disguised, likes to have his dirty laundry aired out in a venue filled with his competitors. I tried several times, as chairman of the Surgical Quality Assessment Committee (appropriately referred to by its acronym "Squawk"), to set up such a conference. No dice. Not ever.
Posted by Sid Schwab at 9:23 AM

There is some practical philosophy that I've learned over the years.
I have somewhat of a reputation of being able to take on difficult, challenging, complicated cases, ones that may have flummoxed a few other neurologists, and figure them out, make sense out of them, maybe even sometimes help the patient (this is neurology, of course).
The problem is these cases are difficult, time-consuming, and stress-inducing not the least because you tend to have to deal with a distressed, upset patient and family.
If I had these cases all the time, I would probably burn out and also would be living a lesser lifestyle, because you never get paid enough for the time you put in, for the emotional stress you go through.
So I need the feeble complaints, the quickie consults -- the ones where I know the diagnosis and treatment watching the patient walk to my office. I need that to make it through the day, and to pay my bills.