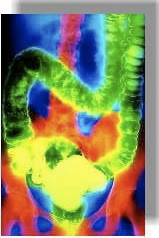 I've said it before: I love sewing bowel. Nothing, it seems to me, represents what the general surgeon does more than that. It makes me feel connected to and a part of the chain of daring and innovative people who braved the terrain and blazed the path for us all, a century and a half ago; done right, it can be beautiful. Yes, guts: beautiful. Done wrong, it can kill.

Even unopened, intestine has a faintly unpleasant odor. Not repellant; certainly easy to ignore. In fact, the smell is like a musty greeting, of sorts: here we are now, in the belly, what's next? In a virgin abdomen, where they are free to slither and slide unbound by scars of previous surgery or from disease, grabbed by a hand gloved in latex, the bowels are slippery and smooth, and the sensation of holding them is like warm pudding flowing. When you need to push them out of the way, to expose a particular area, they stream around either side of your hand, slurpily wanting back in.

The classic method of sewing together two open ends of bowel demands everything of a surgeon: delicacy, accuracy, knowledge of anatomy; boldness, caution. Meticulous technique. To apprehend beauty where not all might see it, while admittedly dispensable, is to elevate the process to the level of art. Hidden, transitory, and unseen except by a few -- particularly not including the beneficiary; even unappreciated. But art, nonetheless. Like Andy Goldsworthy's. 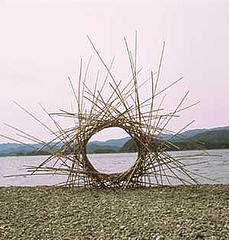 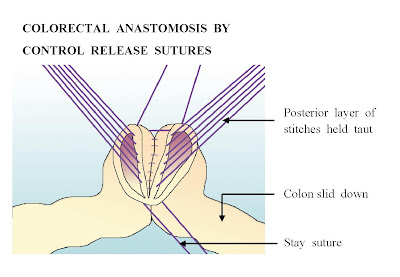 And here's the thing: the newest crop of surgeons may never have the pleasure. Substituting staplers for sutures -- except when staples allow a hookup that's otherwise impossible or unnecessarily difficult -- is like handing Michaelangelo an eight-inch brush and asking him to whitewash your fence. Damn near criminal. But that's what they prefer, every time. In fact, they're barely taught the old way.

Any sort of stapled anastomosis uses at least a couple of machines, tossed away at the end, costing a couple hundred bucks a pop. If they save time (depends) and are easier to do, less exacting, they add cost, distort the anatomy (not functionally significant, but ugly) and deprive the operator of quite specific satisfaction. Whap, whap. K'chunk. Squeeze the stapler, leave the bowel not end-to-end but overlapping, like broken bones. Even kinked backwards on itself, like a frightened U-turn. How different from a hand-wrought creation! Properly sutured, as the ends are made lovingly to appose, the cut edges will roll inward, making a smooth juxtaposition held in place by perfectly spaced stitches. (That's no distortion of nature: like a perfectly laid-out vineyard, it's an honor to the land.) It's that rolling, precipitated by pulling just right on the suture as it's tied, that looks so beautiful, like two waves flowing into one, like something meant to be exactly as it is. Leaving it looking as if, in time, no one will be able to tell you were there. I've had GI docs say they can always tell my patients when they scope them in followup: they can't find the anastomosis. Surgery. As it used to be.

[Lest I be considered a Luddite, let me state for the record: I admire and use staplers. They've allowed me to avoid colostomy by hooking colon back up deep in the pelvis; they work great for certain esophageal anastomoses. Cleverly designed and steadily improving, they are fun to use, and I like doing so. It's just that in the situations where they offer no advantage, gimme the old fashioned way every time: I love everything about it.]
abominal surgery anastomosis intestines surgical staplers

Peg said…
I am not a big fan of the staple to put people back together. I requested that my surgeon use sutures for my two back surgeries, and thankfully he agreed. The staples at least on the outside leave a more horrific scar and hurt when taken out. Disolvable sutures is the way to go every time in my opinion.
Peggy
1/11/2007 10:41 AM

Anonymous said…
amazing perspective gained by many years in the trenches. you really produce some memorable quotes:
"It makes me feel connected to and a part of the chain of daring and innovative people who braved the terrain and blazed the path for us all, a century and a half ago; done right, it can be beautiful. Yes, guts: beautiful. Done wrong, it can kill."
save that for the next book!
1/11/2007 4:07 PM

Bo... said…
You make bowel surgery interesting. You're probably really neat to work with because you wouldn't mind explaining stuff to people who want to learn.
1/11/2007 4:28 PM

Anonymous said…
You are a thoughtfull user of technology. You use it where it confers an improvment but you do not use technology just because it exists. This is a rare and beautiful wisdom.
1/11/2007 7:01 PM

Anonymous said…
I am youngish , but trained in Another Place and learned to suture bowel - I find the staplers amazing , but they lack art - a Big Mac supplies similar carbs in quantity as crepes suzette at Maxims in Paris , but that sure as hell doesnt give Ronald Macdonald a Michelin Star!
1/11/2007 7:27 PM

ditzydoctor said…
i really wish you were my tutor! i'd like nothing better than to learn surgery from you actually =D you have a gift for writing!
1/12/2007 2:34 AM

Anonymous said…
Peg,
He's not talking about skin staples. These staples in the bowel aren't intended to be taken out and aren't associated with that sort of pain.
1/12/2007 6:43 AM

Red Rabbit said…
You spoke in a previous post about a similar issue to do with scalpel vs cautery. Recently had the opportunity to work Elsewhere, where cautery is less available, and the surgeon in question did things the scalpel-and-hemostat way.

She snickered when I said "Oh, so THAT's why they're called hemostats."

Richard A Schoor MD FACS said…
You remind me of a mentor mine from Chicago, during my general surgery years. This guy was a real surgeon's surgeon. He was the fastest surgeon I had--and have--ever seen, but was also the most artistic. As his resident, he'd give you "atta boy"'s juxtaposed with "goddammit"'s dependning on your performance; if your speed, accuracy, or artisanship were up to snuff you got the "atta boy", otherwise a "goddammit." But he was never cruel. A great guy. We all loved him. They don't make'em like that anymore.
1/12/2007 10:56 AM

FetchingGal said…
As with any thing worth while, it takes time. Watching someone suture who knows what they are doing is always a joy for me. :)
1/14/2007 9:13 AM

Kim said…
Well, I certainly appreciate my bowel a lot more now! Hopefully I will never see it in person, but I will now strut as though Michaelangelo himself designed my intestinal tract! : D

Unknown said…
Still in high school, I hope to one day become a surgeon. Your countless stories fascinate me, and I hope to one day experience these things myself. Thank you for taking the time to entertain and educate us all.
4/17/2014 7:10 PM 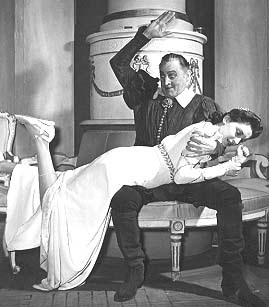 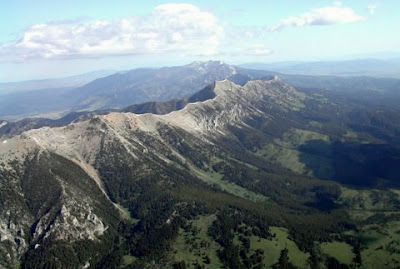 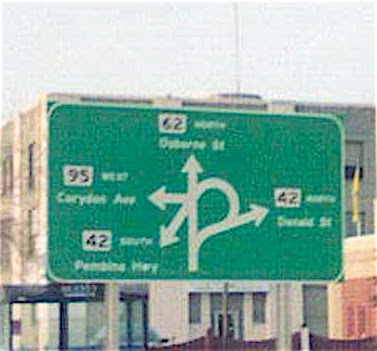